To every writer facing a blank page, they say when in doubt, write what you know.  This might work in a novel or a literary memoir, but a movie is not a book.

In Belfast, writer-director-sometime actor Kenneth Branagh has conjured up memories of his days as a nine-year-boy growing up amid The Troubles in Belfast, his hometown in Northern Ireland. Surrounded by Catholics battling Protestants for reasons that now seem preposterous, riots in the streets, exploding car bombs, flying bullets and the corpses of his friends and neighbors piling up in his front door like discarded tin cans, a boy named Buddy must grope his way through death and confusion to cope with the chaos of war.  The memories are vivid, but there’s no plot to connect them, and the film is rendered almost totally incomprehensible by accents as thick as congealed week-old mutton stew.  It’s an unnecessary hindrance.  Yet I must admit I went away grateful for the professionalism involved, and touched by myriad images of my own.  A vibrant but vexing experience indeed.

Mr. Branagh is often criticized for making films radiant with authenticity and slow as Christmas.  He is much better acquainted with William Shakespeare than Sean O’Casey.  But to get the tongue right and achieve authenticity in Belfast, he recreates scenes that I am forced to denounce as memorable only to himself.  Buddy is played by newcomer Jude Hill, who probably would make history as a devastating kid actor if you could understand more than 10% of what he says.  The great Judi Dench, unrecognizably withered with wrinkles, double chins and liver spots, couldn’t garble an accent at gunpoint, and veteran co-star Ciaran Hinds as her grumpy husband, head an unevenly cast family, but Buddy’s gorgeous parents, played incoherently by Caitriona Balfe and hunky, miscast Jamie Dornan, star of the trashy Fifty Shades of Grey trilogy (yes, he can act) plunge the film desperately in need of subtitles.

The dialects are so garbled and monosyllabic that one is grateful for the occasional scene at the cinema or on the telly,  where the family escapes the gritty reality of a joyless existence to watch Jimmy Stewart, John Wayne and Gary Cooper, or thrill to the music of Chitty Chitty Bang Bang.  Buddy develops a crush on the smartest girl in school, who tries to convert him to Catholicism.  Pa gambles away badly needed for household expenses.  A screeching fire and brimstone Sunday church sermon underscore Buddy’s disdain for the family’s Protestant rituals.  I wish I could find the well-staged little mini-narratives  as harrowing or heartbreaking as a majority of other critics have done, but to me,  the vignettes in Belfast don’t add up to much agony, and Buddy’s family faces its greatest challenge debating a move to Australia.  Only two brief scenes show anything to do with the war in Northern Ireland, and everyone always manages to head for the local pub to drown their troubles in pints of lager and sing their favorite songs by Belfast legend Van Morrison. Life goes on, in a pandemic or a war, and better movies have been made about both. 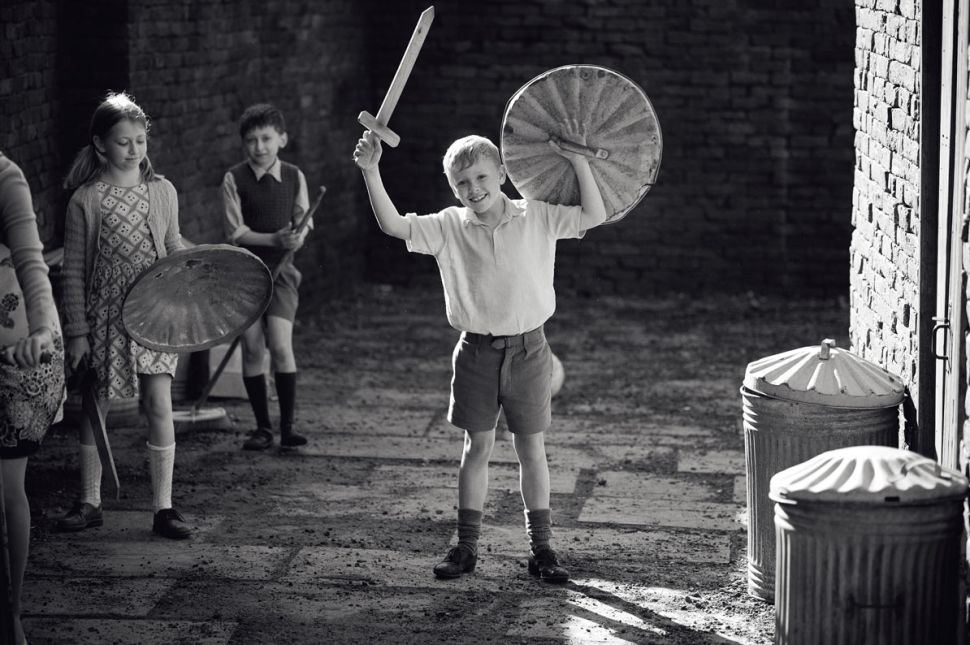