Two things are true right now: blockbusters are more important to Hollywood than ever before, and the future of blockbusters isn’t clear. Chloé Zhao’s long-awaited Marvel movie Eternals—which is full of mythic wonder and more than worth your time—earned $71 million in its debut weekend, the fourth largest premiere of the pandemic. That’s strong opening for nearly any franchise, but also the lowest opening for an MCU title since 2015’s Ant-Man ($57 million).

While the Marvel machine remains the safest blockbuster bet in the game, as the numbers stand now Eternals could become the third straight Marvel film to earn less than $500 million at the worldwide box office. (Shang-Chi and Black Widow were still profitable, as Eternals likely will be.)

Right. We’re still in the midst of a pandemic where only two films—F9 and No Time To Die—have managed to cross the half billion mark. But pre-pandemic, I also argued that a resetting of expectations was in order for Marvel after the conclusion of the Infinity Saga. Not every film is going to be a $1 billion hit, even if Spider-Man: No Way Home stands the best chance of any 2021 film.

The point is that as vaccines and antivirals continue to make their way across the globe and the film industry settles into some sort of a new normal, the economics of turning a profit on a $200 million franchise tentpole look far more daunting than they once were.

The Math of Profitability

A movie’s path to actually making money has grown more circuitous in recent years. Theater box office has always accounted for the majority of earnings, even if ticket sales were split between studios and exhibitors. Follow-on areas that followed—the transactional window (DVDs, purchases, or downloads), the TV licensing windows, streaming—were nowhere as important.

For obvious reasons, the pandemic saw the rising importance of stay-at-home options for both audiences and studios. Direct-to-consumer business has leapfrogged legacy entertainment as Hollywood’s top priority. Many entertainment conglomerates have been using day-and-date releases to drive uptake for their streaming services. The number of movie theaters is shrinking. So is the exclusive theatrical window, from 60-90 days to around 45.

“The standard playbook for a theatrical movie franchise is forever changed,” Mike Chapman, Partner and Americas Media Lead at management consulting firm Kearney, told Observer. “With the window compression, the fact that screen availability is on the decline, and with consumer preferences changing over time, studios are going to have to rethink how they monetize films.”

Maximizing the exhibition window because that’s where films rake in the most money is no longer the status quo. Due to the pandemic, we haven’t seen a $100 million domestic opener or a $1 billion global success since 2019’s Star Wars: The Rise of Skywalker. The year-to-date 2021 box office is still 67 percent behind the same stretch in 2019.

At-home platforms can’t match the raw revenue of a worldwide box office smash. So don’t look for movie theaters to become extinct anytime soon. But in a post-pandemic world, studios fear the difficulty of breaking the gravitational pull of a potential ticket buyer’s couch.

“Those with the ability to greenlight projects have an increasingly diminished appetite for risk,” Michael Musante, co-founder of nonprofit organization Decentralized Pictures, which supports independent filmmakers, and head of production at American Zoetrope, told Observer.

As a result, studios may now have to forecast the window demand much more accurately and take advantage of multi-platform distribution options in order to trigger different profitability levers. Even with a shortened exclusive theatrical window returning for major studios in 2022, no film will be immune from adjustments moving forward. That includes potential budget cuts for a select crop of movies.

Blockbusters: Too Big to Fail

Over the last 15 years, $100 million-plus tentpole features connected to familiar IP have become the safest box office bets. The film industry has come to rely on them so heavily that now they may be simply be too big to fail. Which is not good news for movies light on superheroes, flying cars and explosions.

“Hollywood’s big budget blockbusters may not be going anywhere, but its non-tentpole movies are going to see a serious trimming of the budget,” Jason Cherubini, co-founder and CFO of Dawn’s Light Media, a film and media production company focused on action movies and thrillers, told Observer. “Where in the past, the lowest risk recipe for a profitable film was a large budget on established IP, the decrease in theater-going has concentrated the demand for these types of films into the few tentpoles. This means that secondary films will not have the revenue potential to command high budgets.”

Jake Levy, who negotiates transactions across the entertainment and media industries as Founder Levy Law PLLC, shares this view. “For the very top of the segment, studios will have a hard time reducing budgets given viewer expectations for how ‘big’ the big screen experience needs to be, rising costs, and expectations of participants in the movie-making process,” Levy said.

That doesn’t mean, however, that blockbusters will continue to rule unchecked. Tweaks to the system have already taken hold. For example, box office analysts believed Warner Bros. and Legendary’s Dune was always going to be an uphill battle. Now, it’s performing well as a hybrid release.

And more changes may be coming. “Given the economic unknowns coming out of COVID-related theater closures and production shutdowns, there likely will be a secondary tier of blockbusters where a greenlight doesn’t make sense at one budget level, but does at a reduced level,” Levy said.

The rise of new streaming platforms will offset theatrical closures to a degree. Moving forward, Warner Bros. is sending half of its film slate, with presumably smaller budgets, exclusively to HBO Max. The insatiable demand for content across the industry means that the overall production and number of releases will remain high (for now). But “the concept of blockbuster budget is going to vary by studio,” according to Chapman. The result isn’t the death of blockbuster cinema, but controlling distribution in a much more tailored fashion.

Even with today’s unprecedented demand for content, the amount of revenue that an individual content asset can generate is coming under fire. It’s harder and harder to get to the big numbers we’ve seen in the past. Chapman sees two paths in response: an increase in production at smaller investment levels so that the industry is making more movies to generate the same amount of money, or a concentration of high budget films with the amount of smaller budget movies suffering in terms of access to capital. If the latter scenario comes to pass, the entire downstream economy of the film industry is impacted, including promotion.

“Marketing budgets may become a wild card,” Chapman said. “Marketing can swing profitability on large titles as well as smaller titles. The interesting trick is where do you invest your dollars now? Do you double down on tentpole franchises or spread marketing budgets across your portfolio and attempt to get more leverage out of a variety of content assets?”

We have seen companies like Blumhouse and A24 rise to the forefront of these non-tentpole releases. These studios, along with NEON and other smaller independent studios, have excelled in creating quality films on lower budgets. They are now in a position of competing on a more equal footing with studios that are suddenly trying to put out less expensive films.

“Studios may look to acquire these companies and run them as independent subsidiaries or enter into longer-term output deals to guarantee a flow of high quality, lower cost content,” Cherubini said. “We are also likely to see a wave of consolidation through mergers and acquisitions as studios and their affiliated streaming services look to hold valuable IP that can be brought to market at reasonable budget levels.”

Blumhouse is currently locked into a mutually beneficial film distribution agreement with Universal Pictures and a small-screen deal with Amazon, while A24 is reportedly positioning itself to be acquired.

The streamers, and in particular those that don’t rely on wide theatrical releases to generate revenue (e.g. Netflix), will continue to benefit as the industry increasingly shifts towards at-home viewing. Again, the theatrical experience is not going extinct, but may be increasingly reserved more for those movies that are best viewed on the big screen.

As it has for years, Hollywood is favoring reboots and franchises over original scripts. Classic story archetypes such as action and horror remain top of mind as star-driven vehicles, mid-budget dramas, prestige plays, and romcoms are slowly squeezed out of theatrical existence. Production and marketing dollars are funneled primarily to a studio’s safer gambles and producers, even prominent ones, are seeing greater investment reluctance outside of that tentpole sphere. So non-franchise budgets may be shrinking and with COVID costs still an expensive reality for productions, less is available to go on the big screen. The Disneys, Warners Bros. and Universals of the world are better able to bear these costs than indie producers. The result? A consolidation toward films that are sure fire successes—like James Bond or Marvel.

“Imagine if Ordinary People, El Mariachi or Bonnie and Clyde came out today,” Musante lamented. “They get little or no theatrical run and end up on streaming platforms that index them in a way that may make them less easy to find by users.” 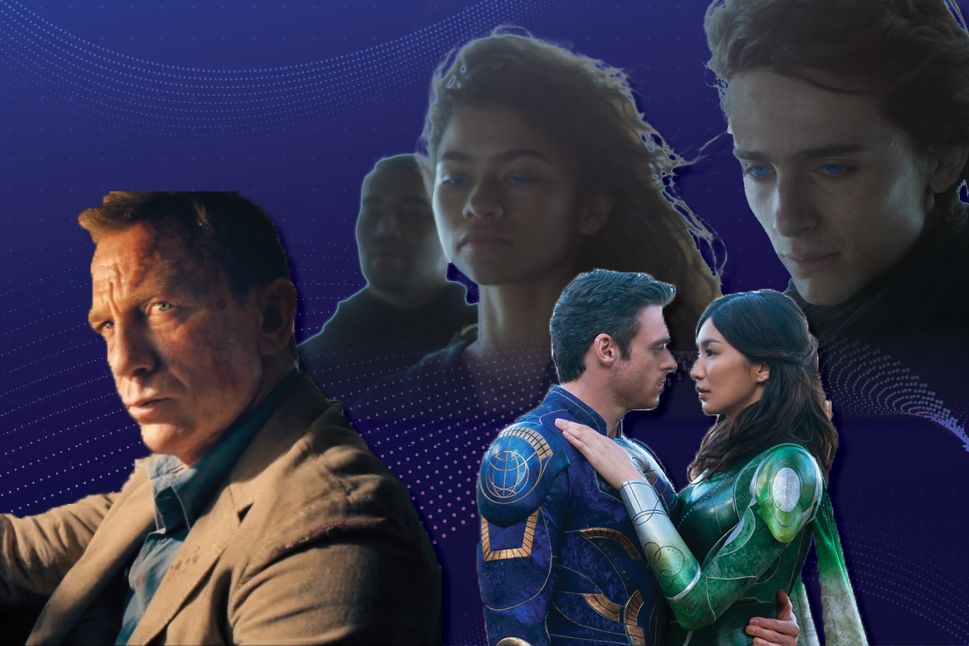