Our story so far: movie theater chains such as AMC need October, November, and December to deliver at least $2 billion in ticket sales in order to turn a sorely needed profit. Blockbuster franchises such as Marvel and Sony’s Spider-Man: No Way Home are expected to do the bulk of the heavy lifting. But—cue the ominous music—the commercial prospects of one highly-anticipated legacy sequel, The Matrix Resurrections (December 22), remain tantalizingly uncertain.

The Matrix trilogy began with 1999’s ground-breaking original, concluded with two entries in 2003, and grossed more than $1.6 billion worldwide. Overall, the franchise has earned north of $3 billion across box office gross, home entertainment sales, video game revenue, soundtrack album sales, merchandising, and more. But it’s been 18 years since a Matrix film last sauntered into multiplexes in steam-punk Kung Fu style, and times have changed. Does the franchise still have it?

Trilogy capper Revolutions was met with widespread criticism in 2003 and currently holds the trilogy’s lowest Rotten Tomatoes score (35 percent) and Metacritic score (47/100). Its sour reception, coupled with its ill-advised release strategy that saw it arrive just months after Reloaded, resulted in box office drops across the board. Revolutions opened to $48.4 million, a 47 percent plummet from Reloaded’s $91.7 million. The threequel would go on to earn $427 million worldwide, 42 percent less than Reloaded‘s $739 million and even less than the original Matrix ($465 million). The goal is to build box office gross over the course of a franchise, not exit on a low note.

Co-star Carrie-Anne Moss believes the foundational ideas of The Matrix are still as relevant as ever, and there’s evidence to suggest that Resurrections will be tapping into popular franchise-building trends of the moment. But the film is also opening in theaters and on HBO Max in the U.S. simultaneously. (Budgets ranged from $65 million to $150 million for the first three films, which provides a baseline expectation for Resurrections.)

Box office website The Numbers projects Resurrections to earn $67 million in its first weekend and gross $150 million domestic overall. That would net the film a 2.2x domestic multiplier, or the multiple of the film’s final gross to its debut numbers. This would fall below its franchise compatriots: The Matrix (6.2x), Reloaded (3.0x), and Revolutions (2.8x), none of which had to navigate a pandemic or a hybrid release model.

Averaged together, the original trilogy earned 36 percent of its worldwide gross from domestic ticket sales and 64 percent from overseas. For simplicity’s sake, let’s assume two things: 1) Projections from The Numbers prove accurate (long-range tracking has been an inexact science in the pandemic) and 2) Resurrections generates similar domestic/foreign splits. As a result, the upcoming movie could be looking at around $250 million in international ticket sales for a global haul of roughly $400 million.

Eight of the top 15 domestic openings of 2021 belong to day-and-date titles, including four of the top 10. For obvious reasons, exclusive theatrical titles are more lucratively positioned at the box office. But although data is only preliminary, the takeaway thus far is that the hybrid model is more impactful to a film’s legs than its opening. The Numbers’ projected 2.2x multiplier for Resurrections aligns with other recent day-and-date titles such as Black Widow (2.2x), Halloween Kills (1.8x), Dune (2.2x) and Space Jam: A New Legacy (2.2x).

A $150 million domestic gross and a $400 million global haul would currently land The Matrix Resurrections among the top 10 highest-grossing films of the year both in the U.S. and worldwide. 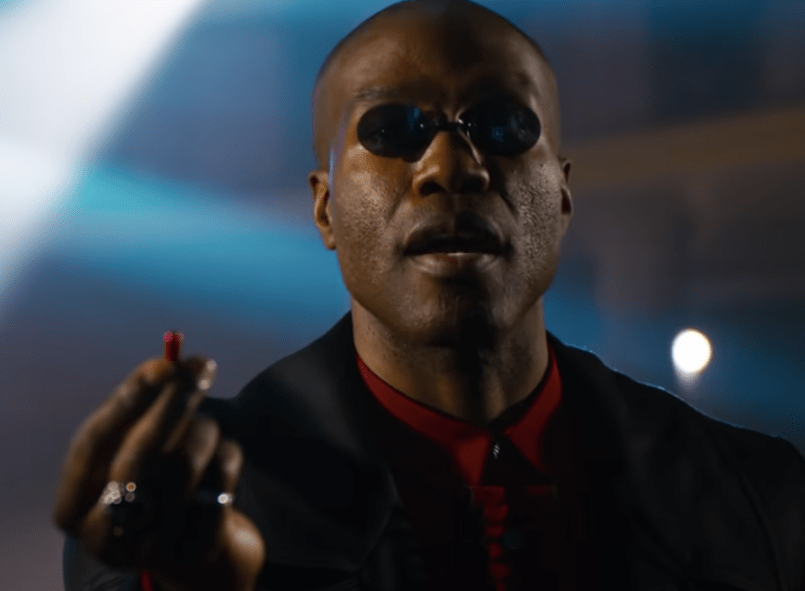