According to new reports, Mexican government officials are attempting to halt two Paris auctions of pre-Colombian artifacts: a Christie’s auction and an Artcurial auction. Mexico has recently kicked its restitution efforts up a notch to combat recent evidence that shows that nine out of ten cultural objects that are stolen in Mexico are never recovered; in order to do so, the country is intervening in the hopes of stopping the sale of certain objects. Alejandra Frausto Guerrero, the Mexican Secretary of Culture, referenced the Declaration of Intent on the Strengthening of Cooperation against Illicit Trafficking in Cultural Property in discouraging the sales.

“The commercialization of archaeological pieces encourages transnational crime,” the Mexican Embassy in France said in a statement, as well as “creates the favorable conditions for the recrudescence of the looting of cultural property through illegal excavations.”

“Far from promoting a better knowledge and appreciation of original cultures,” the Embassy officials said, the sales of the artifacts would strip “these invaluable objects of their cultural, historical and symbolic essence, turning them into commodities or curiosities by separating them from the anthropological environment from which they come.”

Earlier this week, Italy returned three ancient artifacts that are more than 2,300 years old to Mexico after conducting an extensive investigation. In part because of the extensive success of Italian investigators, who have returned 650 ancient and religious items to Mexico since 2013, Mexican officials have set up a special art crime unit dedicated to tracking down looted Mexican artifacts. 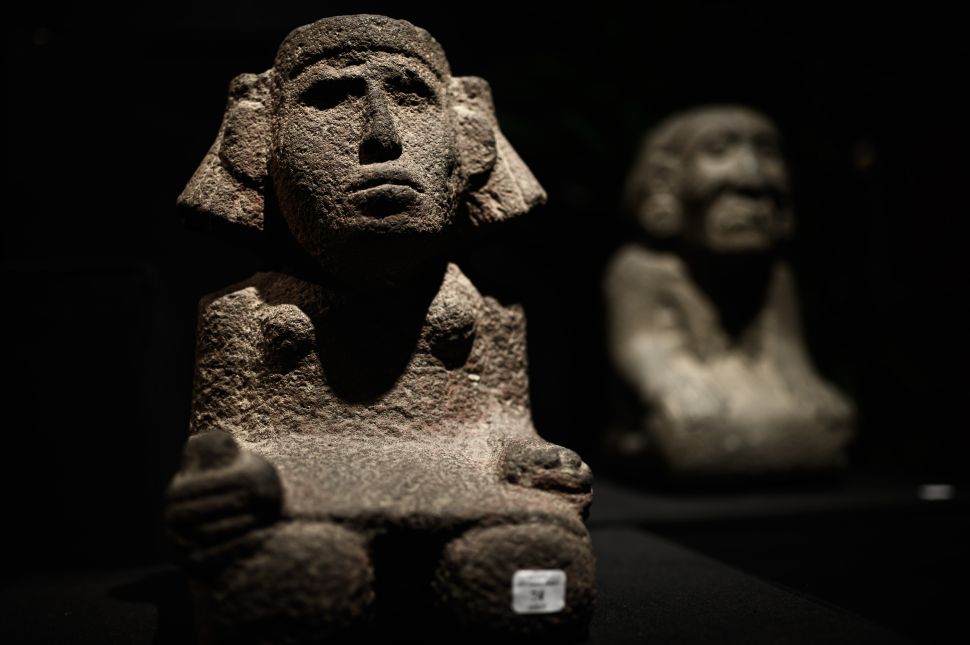