Today November 17th, museum workers at the Museum of Fine Arts in Boston are holding a one-day strike, with the picket at 465 Huntington Avenue starting earlier this morning at 8:30 AM. After seven months of painfully slow negotiations with the museum for a first contract, the MFA has yet to negotiate a reasonable wage for its employees that meets rising inflation. The union, a wall-to-wall union made up of professional and non-professional staff, including curators, administrators, and public facing employees, voted with a 90% margin to unionize with UAW Local 2110 in November of 2020. One year later, with the museum refusing to budge on basic contract provisions, the union is flexing its muscles by walking out of work.

“Their [the museum’s] position is untenable, and we thought we had no choice but to take an action to demonstrate the resolve for a fair contract,” Maida Rosenstein, President of UAW Local 2110 told Observer.

In negotiating their first contract, the union has spent the better part of a year working out the basic architecture of their relationship with the museum, including grievance procedures and other non-economic provisions. However, the museum has delayed the inclusion of even these standard items. Rosenstein informs that they also do not want to guarantee health benefits in the first contract. Instead, they want to be able to change employees’ health benefits at any time during the contract term. “They essentially after 7 months want to maintain the status quo,” Rosenstein told Observer. “The very same status quo that had people voting in a union by 90% because they were dissatisfied with the status quo.”

According to Local 2110’s press release, museum layoffs, early retirements, and furloughs followed the shutdown of the MFA in March of 2020. Wages for remaining workers have been frozen since the start of the pandemic. In contract negotiations, the museum has only agreed to commit to a 1.75 percent raise, and only in the final year of the contract. Given the cost of living in the city of Boston, as well as the current high rate of inflation, museum workers at the MFA have been struggling to meet basic expenses. Rosenstein says, “It took them months to respond to our economic proposal, and then they came back with something that was so off the charts unacceptable.” The union points to the fact that while the museum has offered a pittance in employee wage increases, MFA director Matthew Teitelbaum made almost a million dollars in salary in 2020, nearly nineteen times what the average worker at the MFA receives. Rather than raise the wages of museum workers, the MFA is instead using its resources on legal fees for hearings at the National Labor Relations Board to contest the size of the union’s bargaining unit.

According to the release, with their wages frozen at pre-pandemic levels, layoffs and furloughs have meant more work for those who have kept their jobs. Workers have had to work longer hours with little hope of a wage increase. Under these rough conditions, some workers have resigned, increasing the already high workload of those who remain.

According to Rosenstein, the staff is deeply dissatisfied with the level of respect they are receiving from the museum. Overworked and underpaid, they feel that their contributions are not acknowledged. The strike is an attempt to show their employer that the commitment they give to their jobs is what makes the museum what it is.

Eve Mayberger, Assistant Objects Conservator at the MFA and elected member of the union bargaining committee, told Observer, “Our goal with this strike is really bringing notice not only by withholding our labor so leadership gets a clear idea of the wide variety of activities that the workers do on a day in, day out basis, but also to position ourselves publicly.” The union organizers believe that a strike is the only way to get the museum leadership to listen to their concerns and take them seriously.

“During the unionization process they made it very clear that they opposed the union,” Maida Rosenstein confides, “They’ve now come to the table, but it’s very grudging, and they’ve also made it clear they don’t really want to deal with the union.”

This is not 2110’s first contract negotiation with an intractable museum leadership. In 2019 the Local spent seven months negotiating the first contract with The New Museum in New York. However, even during that deeply contentious negotiation period the museum did not use delay tactics on the basic architecture of the contract, as the Boston MFA has done.

Despite the long period of delay, union organizers remain determined. Eve Mayberger has helped to organize the union since it was first being discussed by MFA employees in 2019. She says, “This union’s going to be around for a while, so we really want this first contract to set the tenor for that long term relationship.” 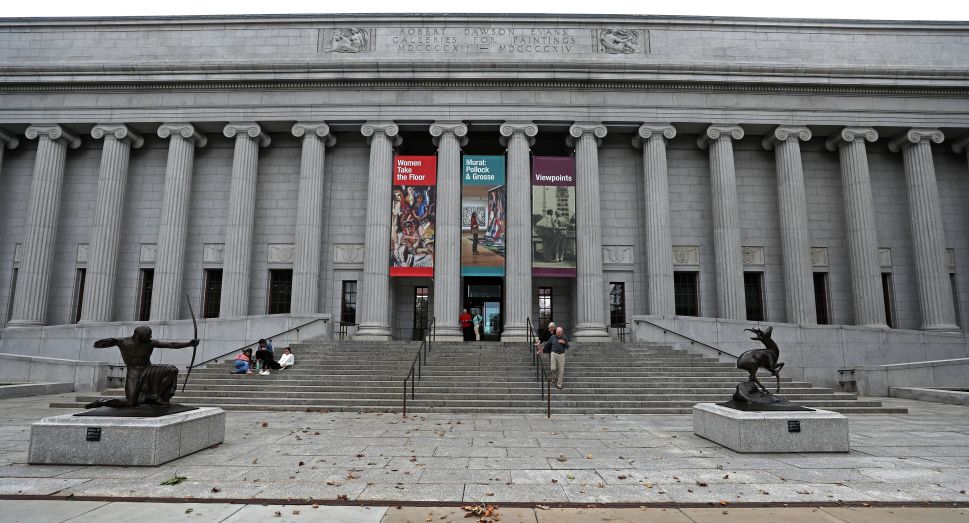