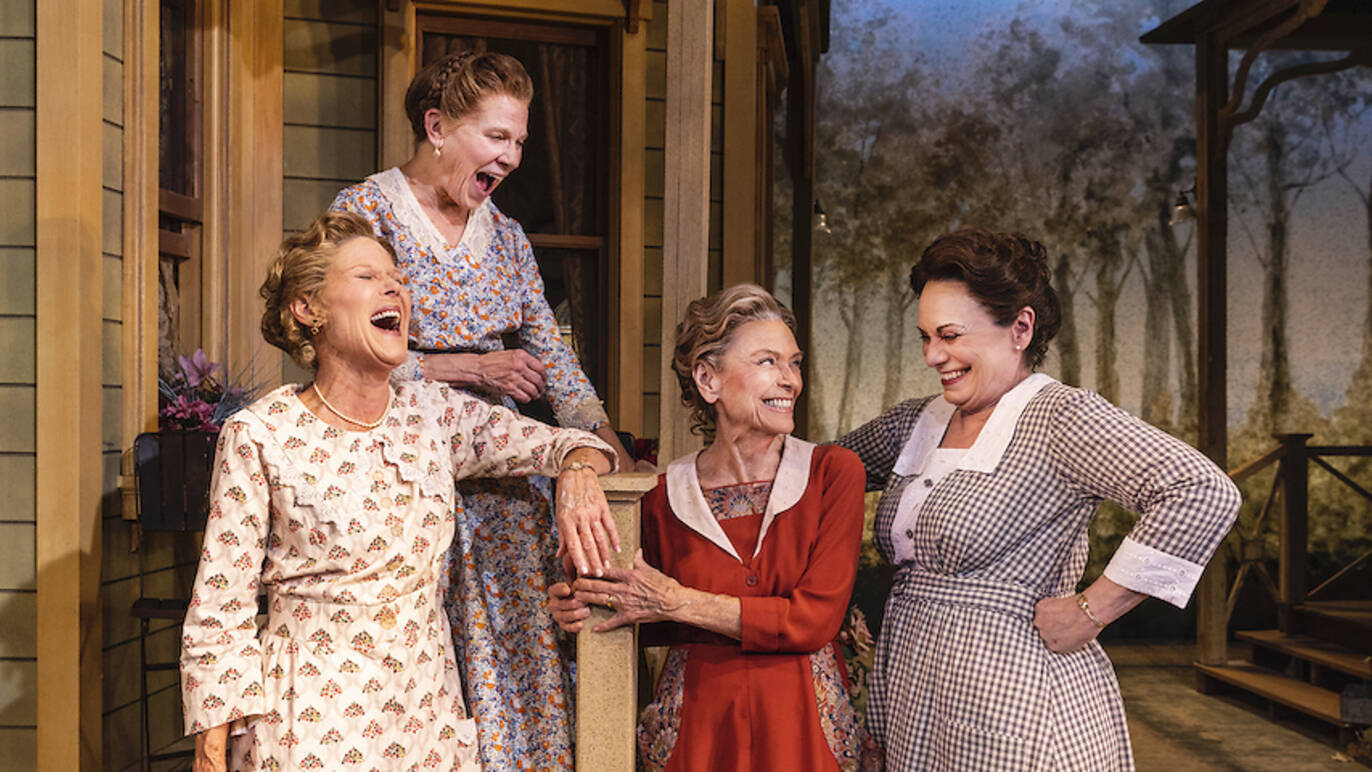 Everyone is excited about going back to the theatre again (prematurely, some say), but if you’re doubly enthused to see a richly produced revival of an old-fashioned play in three acts by a great playwright like Paul Osborn, the new off-Broadway production of Morning’s at Seven, that old chestnut from 1939, is just the ticket. I use the term old-fashioned in the best sense, because it’s the kind of play they don’t write anymore, fashioned for theatergoers hungry for honest narratives about real people saying real things to each other in a meaningful way.

One of the reasons I was looking forward to this one is the excellent cast, which prominently features the charm and range of Patty McCormack. The epitome of golden-pigtailed enchantment, she made Broadway history in 1954,  playing homicidal eight-year-old psychopath Rhoda Penmark in Maxwell Anderson’s suspense thriller The Bad Seed, then won an Oscar nomination two years later for recreating her role in Mervyn Leroy’s film version.  It is obvious in the current production of Morning’s at Seven that her exemplary talent and range have only expanded with age.  At 76, no mannerisms or vocal resemblance to Rhoda or any other bad seed remain, but the unmistakable passion is still beguiling.  She is not the only reason to see this play, but she is one of the most rewarding ones.

The setting may be 1922 in a small midwestern town, but the year could be any time senior citizens pretend to be comfortable with their twilight years while secretly wondering if they’re running out of time without ever having accomplished anything worthwhile.  The four elderly Gibbs sisters created by Pal Osborn seem to fill that bill, but as the play moves cautiously through its three acts, we realize they’ve been putting on an act of bogus complicity and fake togetherness long enough.  House lights dim to reveal a pair of adjacent houses from a collection of Saturday Evening Post covers by Norman Rockwell.  In the one on the left live Cora and Thor (Lindsay Crouse and Dan Lauria) and Cora’s spinster sister Arry (Alley Mills), who came for a visit years ago and stayed forever.  In the house on the right, there’s Ida (Alma Cuervo), her neurotic husband Carl (John Rubenstein), and their wimpy, 40-year-old son Homer (Jonathan Spivey), who cannot tear himself away from Mama.  Farther uptown, away from these plague-ridden family co-dependents, lives the fourth sister,  Esther, the oldest and sanest of the siblings, played by an astoundingly warm, lovely and riveting Patty McCormack (more about her later), and her snobbishly arrogant husband David (Broadway veteran Tony Roberts), who feels intellectually superior to the rest of the family.  The reason they’ve all gathered in Ida’s backyard as the sun goes down on this autumn day is to welcome Howard’s fiancée Myrtle (Keri Safran), who’s been engaged for seven years with no sign of a marriage proposal and is now growing desperate.  Poor Myrtle doesn’t know what she’s in for.

There’s a vacant house in town Ida and Carl have been saving for Homer and Myrtle.  But now Aunt Cora wants to lease it from her brother-in-law Carl so she can find a place of her own to call home and finally get rid of Arry, who foolishly believes nobody knows she’s been having an affair for decades with Cora’s husband Thor.  This leaves Homer and Myrtle with no future, but before anyone can sign a lease, Ida’s husband Carl announces he is leaving Ida to move in with the eccentric David.  This threatens to leave the level-headed Esther homeless, but instead of hysterics, she confesses that she’s been hiding the fact that at her advancing age, she wants a change herself. The lives of the Gibbs girls and their husbands and lovers have endured for decades without knowing who they are.  In the time they have left, says Esther, it’s time to find out. Expect a mixture of laughs and tears as everyone tries to figure out what their next address will be, and Paul Osborn exercises his talent for balanced emotions.  One of his greatest triumphs was the 1955  screenplay for East of Eden, Elia Kazan’s great homage to John Steinbeck with James Dean, Julie Harris, Jo Van Fleet, and Raymond Massey, which had plenty of both humor and heartbreak.  In Morning’s at Seven, the characters are solid, rooted forces for change in the midst of mid-life crisis, and Dan Wackerman directs them all with impeccable accuracy, setting a tone of gentleness that never wanes.  It’s an ensemble piece about the sense of isolation and failure that hides beneath the surface of superficial contentment in old age. 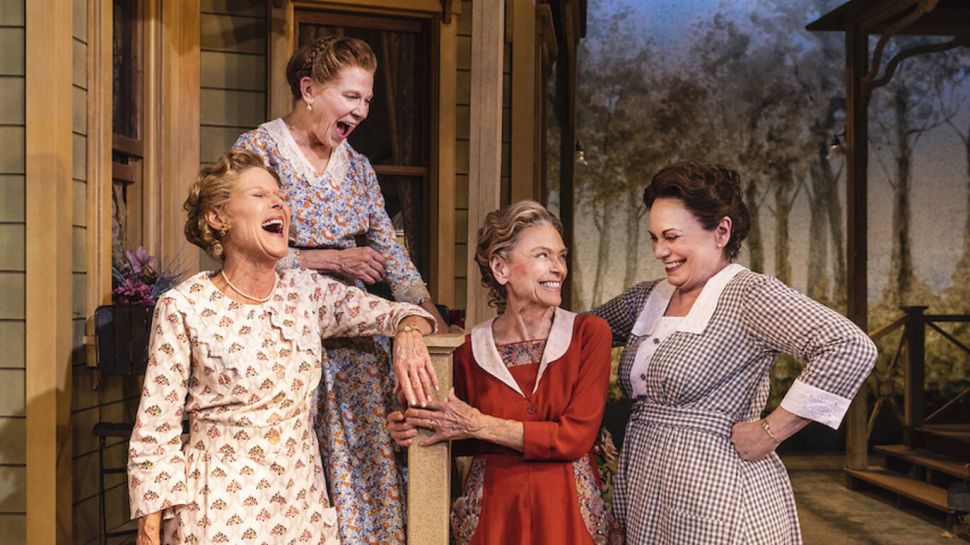