Early Wednesday morning, NASA is scheduled to launch a satellite atop a SpaceX Falcon 9 rocket from the Vandenberg Space Force Base in California aiming at an asteroid seven million miles away from Earth. The spacecraft is programmed to hit the asteroid head-on to prevent it from crashing into our planet.

Well, this particular asteroid is not actually on track to hit Earth. The mission’s purpose is to test whether this method could effectively nudge an asteroid off its course so that we have the ability to prevent an apocalyptic catastrophe should an Earth-threatening asteroid be discovered in the future.

The mission, officially known as the Double Asteroid Redirection Test (DART), has picked two small asteroids—named Didymos and Dimorphos—as test ground. The asteroids are currently co-orbiting the Sun in a binary system, where Dimorphos (525 feet in diameter) is orbiting Didymos (0.48 miles in diameter) in a moon-like fashion.

The DART spacecraft will target the smaller Dimorphos and observe how the collision impact will alter its path. The manmade spacecraft is expected to intercept Didymos’ moonlet sometime in late September 2022, when the twin-asteroid system will be close enough to Earth to allow observations by ground-based telescopes and planetary radar.

“Astronomers will be able to compare observations from Earth-based telescopes before and after DART’s kinetic impact to determine how much the orbital period of Dimorphos changed,” Tom Statler, DART program scientist at NASA Headquarters, said in a statement. “That’s the key measurement that will tell us how the asteroid responded to our deflection effort.”

No known asteroid larger than 460 feet (140 meters) in diameter has a significant chance of hitting Earth for the next 100 years, NASA said. However, only about 40 percent of those asteroids have been discovered, meaning that there could be dangerous astroids out there that we don’t yet know of.

“Asteroid impacts are really the only natural disaster that humanity can see coming years or decades in advance and do anything about,” Andy Rivkin, a DART team lead at the Johns Hopkins Applied Physics Laboratory, which is building the spacecraft and managing the mission for NASA, told Forbes last week.

The DART spacecraft is, of course, much smaller than its target. The box-shaped main bus measures only 4.3 feet wide by 4 feet tall, not including its long solar-panel wings. But given the right velocity, it’s powerful enough to slightly knock the asteroid away from its trajectory. “Instead of trying to disperse or break apart the object, the goal is to take the momentum of the incoming spacecraft, add it to the momentum of the asteroid we’d be worried about and use that to shift its orbit,” Rivkin said. 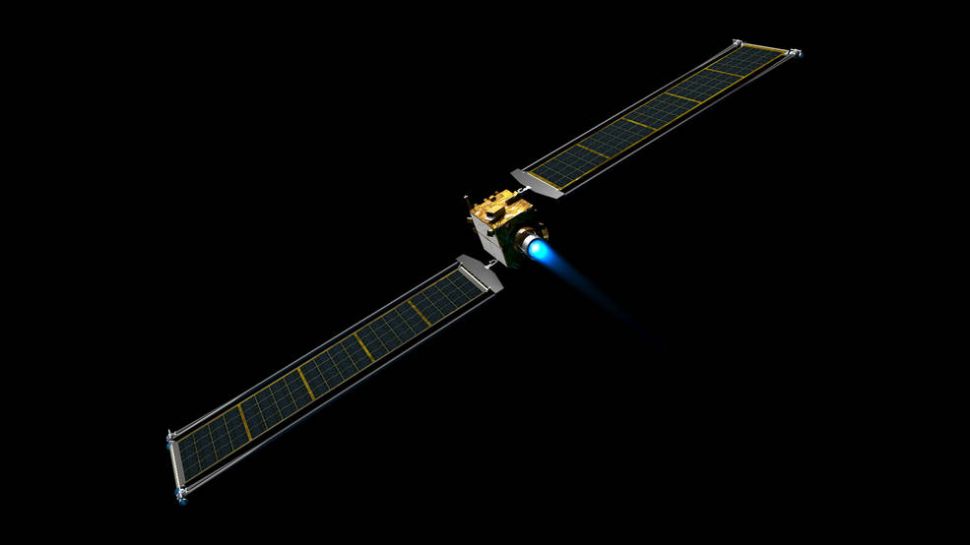