Netflix first announced a live-action adaptation of Nickelodeon’s beloved animated series Avatar: The Last Airbender way back in 2018. Fans were elated at the prospect of new Avatar content given the popularity of the original, which aired from 2005-2008, and the whirlwind of new interest drummed up by streaming rewatches. Yet the project’s future was cast in doubt when creators Bryan Konietzko and Michael DiMartino announced last year they were departing due to the dreaded “creative differences.” (The pair subsequently set up a new Avatar-centric studio at ViacomCBS).

In August, Netflix announced a new creative team led by showrunner Albert Kim (Sleepy Hollow, Nikita) as well as its principal cast. And today, three years after the show was first announced, the live-action Avatar: The Last Airbender finally begins production in Vancouver. Even Fire Lord Ozai would crack a smile at the news.

Further casting for the series has also been confirmed.

Paul Sun-Hyung Lee (Kim’s Convenience, The Mandalorian) will play Avatar‘s equivalent of Obi-Wan Kenobi—Uncle Iroh. The kindly old man is a retired Fire Nation general (and legendary warrior) who serves as the wise and nurturing mentor to his hot-headed nephew, Prince Zuko.

Lim Kay Siu (Anna and the King, Nightwatch) will play Gyatso, an Air Nomad monk who is the guardian, father figure and best friend to Aang. In the original series, he plays a key role in setting our protagonist down his current path.

Filming will take place in a new, custom-built facility using some of the same technology that was employed for Netflix’s The Midnight Sky and 1899 as well as Disney’s The Mandalorian. The stage, designed and operated by Pixomondo (“PXO”) Virtual Production, is 84 feet across and 28 feet high with 23,000 square feet of stage space and more than 3000 LED Panels, making it one of the biggest virtual production volumes in North America. The virtual production stage—which allows for visual effects to be done in real time in camera, combining multiple environments on a single stage—aims to provide a new sense of immersive storytelling.

“We’re thrilled to start production on this incredible project, and we’re especially excited to work with the technology-benders at PXO to create the wondrous world of Avatar: The Last Airbender using the most advanced techniques available to filmmakers anywhere in the world,” Kim said. 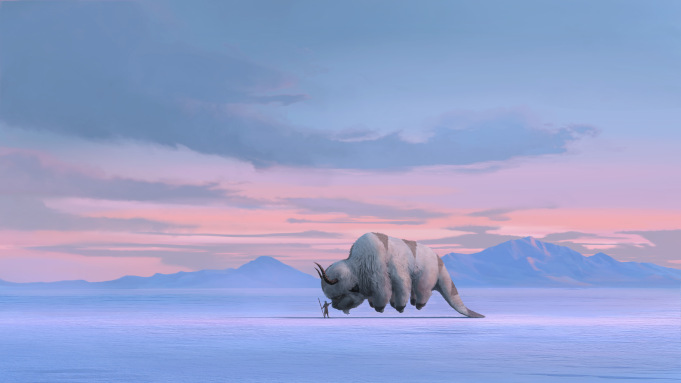