Prior to Squid Game‘s unprecedented success, Shonda Rhimes’ delightfully salacious Bridgerton was Netflix’s most-popular original series—at least according to the streamer’s self-reported viewership data. The carnal Victorian drama drew 82 million account views over its first 28 days of availability, then a record for Netflix, and more than 115 million hours watched, per Nielsen. A full-on streaming blockbuster, Bridgerton was renewed through Season 4.

Rhimes’ big ambitions unfold against shrinking television seasons across broadcast, cable, and streaming. Netflix is also notorious for cancelling shows before they become long-running hits lest they be bound to costly talent salaries. But since the deep-pocketed streamer re-signed Rhimes to an expansive $150 million-$200 million new deal this summer, Bridgerton likely has the full support of the company.

What it doesn’t have is its breakout star. Regé-Jean Page, who dazzled audiences as the Duke of Hastings (and is one of our top choices for James Bond), surprised the world, including Rhimes, when he decided not to return for the show’s second season. “I don’t think I expected everybody to have such a reaction to it,” Rhimes told Variety of the internet reaction to Page’s departure. “And I think that means success. But I do understand their despair.”

Page’s exit means the romantic arc between the Duke and Daphne (Phoebe Dynevor) has a definitive end. And after yeas at ABC, Rhimes embraces the fact that she won’t be forced to come up with “15 years of why a couple has to be apart” to satisfy typical network will-they-or-won’t-they? narratives. Yet following the source material of the Julia Quinn romance novels means pivoting away from Season 1’s central couple to focus on Anthony (Jonathan Bailey), the eldest of the eight Bridgerton children. And rarely do hit series successfully shift its attention away from the source of its initial success.

Still, with Bridgerton, Rhimes seems to have tapped into a deep yearning for sensuous escapism among Netflix’s prodigious subscriber base. The prolific producer already created one superstar in the show’s first outing. Who’s to say she can’t unearth another belle of the ball? 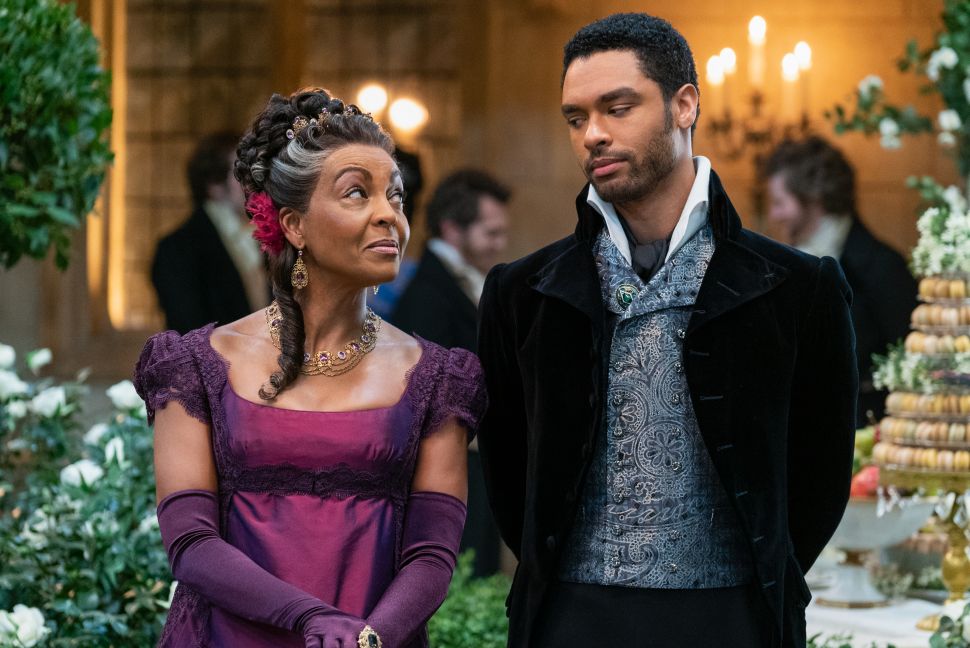