After Netflix released the trailer for its big budget original action blockbuster Red Notice last month, star Dwayne Johnson trumpeted the movie as “the biggest investment Netflix has ever made in a film.” That tracks, since Red Notice‘s budget ballooned from $160 million to $200 million, with stars Johnson, Ryan Reynolds and Gal Gadot all set to earn upwards of $20 million apiece. As the costliest film in Netflix history, Red Notice—which arrives on the platform this Friday after a one-week theatrical run—faces pressure to provide a return on investment. But without traditional box office to analyze, such a benchmark can be difficult to evaluate.

Over the summer, Netflix’s global film chief Scott Stuber revealed that the streamer wants its big-budget tentpole films to draw an audience of more than 70 million viewers within the first 28 days of availability. Any film that does so would likely land in the streamer’s top 10 most-watched original films, which currently ranges from Chris Hemsworth’s Extraction (99 million) in the top spot to Kevin Hart’s Fatherhood (74 million) at No. 10, according to Netflix’s self-reported (and unverifiable) viewership data. But in its never-ending quest to keep the curious public only partially informed, Netflix is changing how it reports viewership yet again.

In its most recent quarterly earnings report, the streamer announced that it will be shifting away from member account views, defined as any account that watches at least two minutes, towards total hours viewed. This falls closer in line with Nielsen’s minutes-watched metric and can help highlight the importance of rewatchability. At the same time, it reduces transparency into the percentage of Netflix accounts sampling a title.

Based on Netflix’s new ranking metrics, Red Notice likely needs to surpass 200 million hours within its first month of availability to be considered a bonafide hit. Though the exact value of such a hit to the streamer isn’t exactly clear. Reynolds and Michael Bay’s 6 Underground is Netflix’s fourth most-popular film with 83 million member account views and fifth most-watched with 205 million hours viewed, yet it didn’t clear whatever Netflix’s bar is—creatively, critically, or metrically—enough to merit a sequel. Red Notice cost $50 million more than that. For it to deliver a strong return on investment, it will need to garner viewership immense enough to spark a new franchise. And for that to happen, it will need to overcome mixed-to-negative reviews.

Last month, the company said “we will start to release title metrics more regularly outside of our earnings report so our members and the industry can better measure success in the streaming world.” Moving forward, we can use these benchmarks to better evaluate the success or failure of original Netflix titles to help navigate through the PR spin and draw our own independent conclusions. 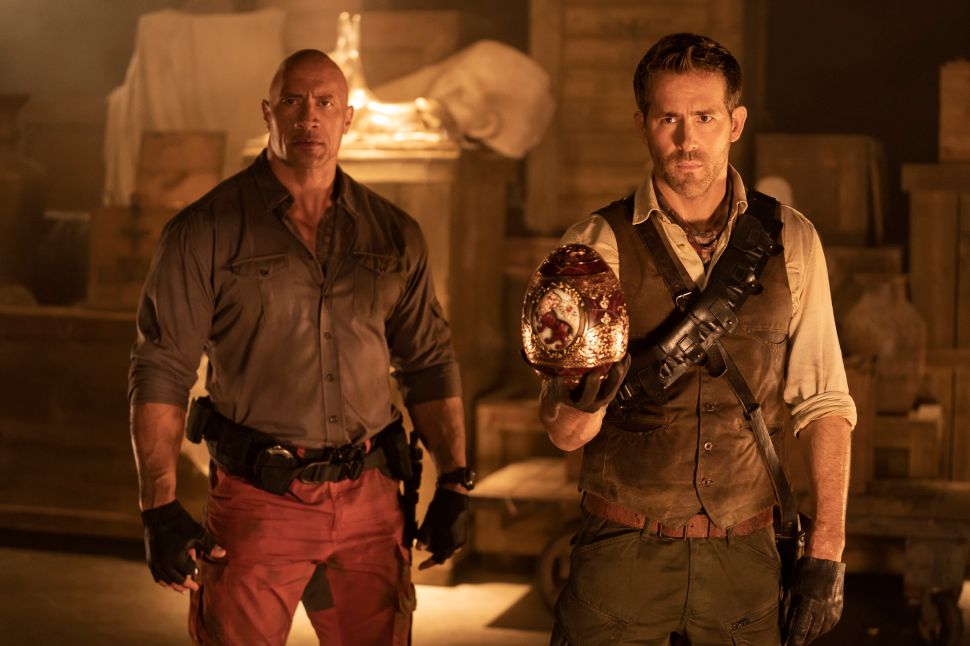