As you’re no doubt aware, Squid Game has become Netflix’s most-popular original series ever. The South Korean thriller owes its global obsession status to its high-concept hook—desperate characters playing children’s games with life or death stakes in hopes of winning immense riches—coupled with inventive production design that uses color scheme like a scalpel and visual dimension like a hammer. The sinuous narrative has prompted unprecedented binging, and as audiences get to the end of the nine episodes they have something new on their hands: free time.

Enter Alice in Borderland, which premiered way back in December 2020 to much less fanfare. Based on the popular Japanese manga of the same name, the eight-episode series (which scored a second-season renewal two weeks after its debut) shares some essential elements with Squid Game, starting with lead character Arisu (Kento Yamazaki), a likable underachiever much like SG‘s Gi-Hun (Lee Jung-jae).

Conceptually, the two shows, share something as well: suddenly and without explanation, the aimless but clever Arisu finds himself in an emptied-out version of Tokyo where he and his friends are forced to compete in dangerous games to survive. If you had the fatal schoolyard game sub-genre taking off for Netflix on your pandemic bingo card, congrats!

Alice in Borderland is hardly just a Squid Game substitute. It carves out its own sort of sci-fi intrigue, with more of a  mystery driving its narrative, whereas Squid Game served as a pointed takedown of modern capitalism. Together, Arisu and fellow competitor Usagi (Tao Tsuchiya) must unravel a gauntlet of unknowns, including how any of their current predicament is even possible. (A suddenly deserted Tokyo seems a bit fishy, eh?) The show incites plenty of speculation and theorization as it careens towards impossibly bloody answers.

Sprinkle in a dash of Saw‘s creative brutality and you have an idea of this show’s operating system. (A simple game of tag has never been so anxiety-inducing.) But director Shinsuke Sato and fellow creators Yoshiki Watabe and Yasuko Kuramitsu manage to imbue the visual gore with enough creativity to make it palatable for squeamish viewers. And while Alice in Borderline‘s characters and themes may not be quite as dynamic or well-etched as Squid Game‘s, it also doesn’t waste much valuable narrative real estate on heavy exposition or momentum-stalling flashbacks. The show’s structure is pared down, opting instead to quickly jump into the central action-packed conceit. Mechanics matter more than the details here.

It’s only natural to be jonesing for a similar cinematic cuisine after the last six weeks. So if you’re hungry for a new binge after devouring Squid Game like a delectable entree, Alice in Borderland serves as a solid dessert with its own tasty flavorings. 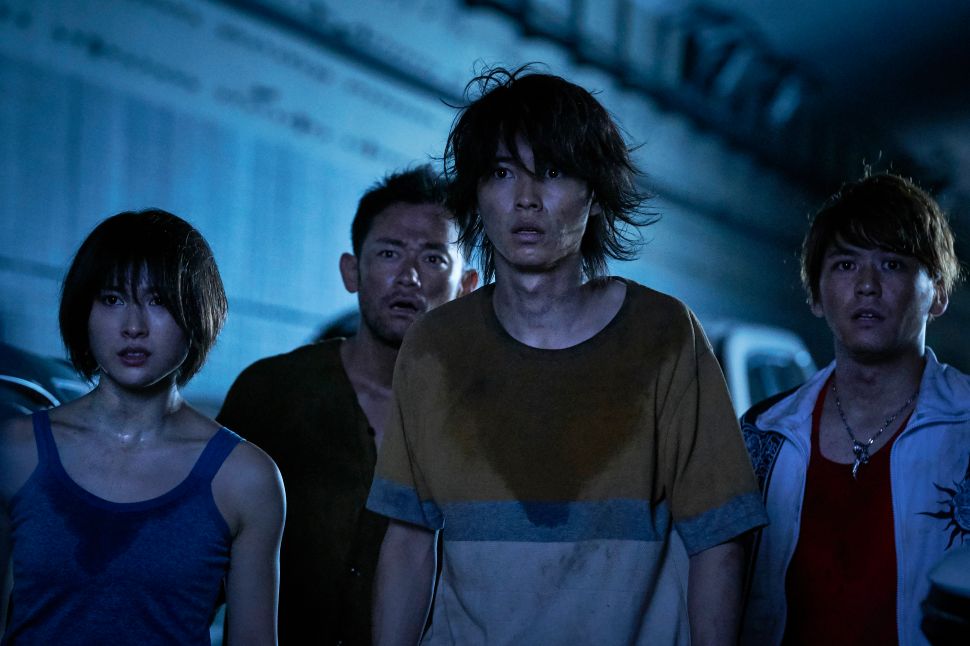