In Lin-Manuel Miranda’s Tick, Tick… Boom!, Johnathan Larson—the late composer behind the revolutionary musical Rent—is a struggling one-week-shy-of-30 year old playwright who’s spent the past eight years toiling in obscurity while working on what he believes to be his magnum opus. Starring Andrew Garfield, Tick, Tick… Boom! is a semi-biographical look at Larson’s life before that smashing success of Rent. Its non-linear storytelling takes some getting used to, as it’s narrated through a flash-forward performance of Larson’s “rock-monologue” of the same name, but it provides a thoughtful, pulsing image of the nearly-failed playwright.

Against the backdrop of bohemian life in an early 1990s New York City plagued by the AIDS epidemic, Larson struggles with his dilapidated and heat-less apartment, his relationship with his girlfriend (played by underutilized X-Men star Alexandra Shipp), and the constant stream of friends and strangers dying around him, all while racing against the clock to make a name for himself in the world of musical theatre. While offering an intimate and little known history of Larson’s life, Miranda’s biopic stakes its ground by asking if the costs of being an artist, especially one who has yet to find success, outweigh its benefits.

Tick, Tick… Boom! understands theatre to be a device for change, simultaneously pushing boundaries and bringing people together. But Miranda explores the harsher, more unfortunate yet decidedly more realistic side of the creative process—the discord, stress and uncertainty it imposes upon both the artist and their loved ones. Dreams don’t pay the rent and Miranda portrays the life of an artist to be one of almost constant dissociation. Every genuine real-life moment to be used as fodder for lyrics, melodies, and plot points. A momentary reconciliation between Larson and his girlfriend, who he’s ignoring as he races to finish his work, is overturned when she realizes he’s already thinking about how he can use it for a song.

In one scene, Larson sees Republican Senator Jesse Helms address Congress on TV. “…if IV drug users and homosexual men would stop their activities today, their would never be another case of AIDS in this country, other than the ones already in progress,” he says. Larson instantly grabs his notebook to write, hoping he can speak out against homophobia in his play Superbia. Later, as he rides his bike through Manhattan, he passes several “Silence=Death” AIDS prevention posters. He stops and pulls out his notebook once again, finding inspiration from the traumatic events that surround him.

Although Larson’s use of the trauma surrounding him as inspiration for his musical is almost obsessive, he’s shown to genuinely want to do right by society and those around him despite his single-minded missteps. His pursuit of theatrical fame nearly destroys his friendship with his life-long friend and roommate, Michael (Robin de Jesus). A failed actor, his decision to take a job in advertising becomes a nearly-unspoken wedge in his relationship with Larson, who can’t understand how Michael relinquishes his passion for a stable career and life in an East Side high rise. Only after Michael suddenly reveals that he is HIV-positive is Larson forced out of his idealism, leaving him gutted at the realization that he failed to see anything was wrong.

Larson’s inability to consider Susan and his disregard for Michael reveal the disconnect between the artist and the high held ideals he espouses in his art. He’s so blinded by his pursuit of success that he fails to see the ramifications of his insatiable drive to create. He sees their choices as a surrender of artistic integrity, while he views his own as noble.

Miranda’s choice of a non-linear narrative told through Larson’s performance of Tick, Tick… Boom! provides a kind of non-answer to Larson’s predicament. Clearly Miranda holds Larson and Rent in high esteem, but the Hamilton creator was also greatly affected by a 2001 Off-Broadway production of Tick, Tick… Boom!. As a struggling playwright himself he had to answer the same question as Larson: stick with your passion at the risk of failure, or give it all up before it’s too late to do something stable.

If Lin-Manuel Miranda and Johnathan Larson’s opinions are worth anything, it seems passion is worth the gamble as long as one doesn’t lose themselves completely along the way. 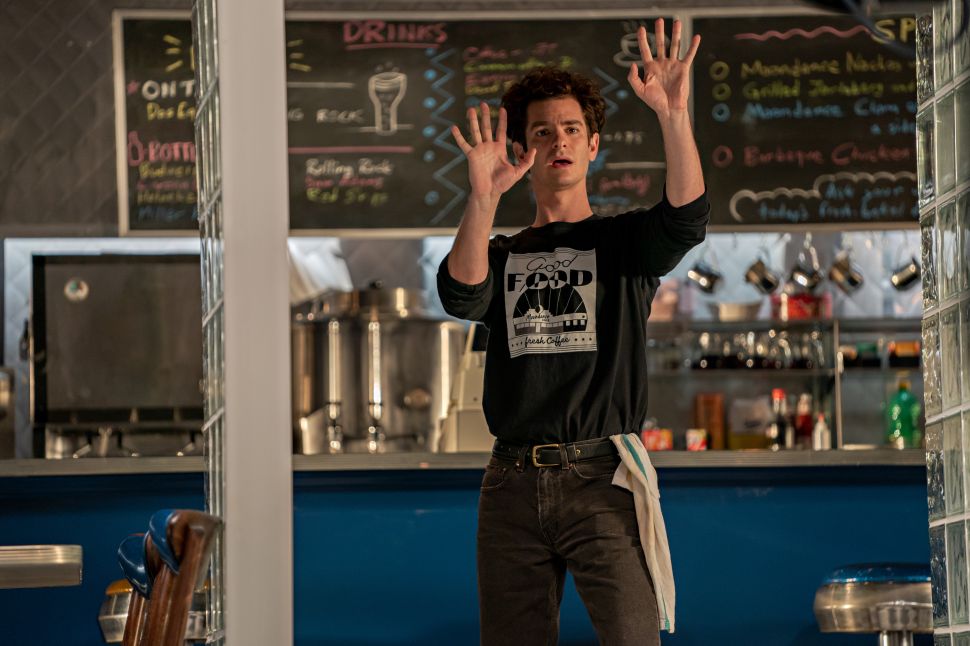