The Duke and Duchess of Sussex are back in New York City. While it was already known that Prince Harry was traveling to Manhattan this week in order to attend the Intrepid Museum’s Salute to Freedom Gala tonight (November 10), it was previously thought that Duchess Meghan was staying behind in Montecito, with the couple’s two children.

It turns out Meghan is in New York this week as well, and she made a surprise (and rare!) public in-person appearance at the New York Times DealBook Online Summit on Tuesday, November 10, where she spoke with Andrew Ross Sorkin about a range of topics including campaigning for paid family leave, the negative impact of the tabloid media on mental health as well as the “clickbait culture” of social media.

The Duchess of Sussex wore a chic all-black look for the event, pairing black trousers with a short-sleeved black sweater and a Ferragamo belt, as well as black pointy-toe pumps. She accessorized with a red poppy flower that she pinned to her top; it’s likely in honor of the upcoming Remembrance Day in the U.K. on Sunday.

Prince Harry also made a surprise appearance yesterday, as he was a guest at Wired‘s RE:WIRED virtual summit, where he discussed misinformation in the media, which he said is a “global humanitarian crisis.” The Duke of Sussex also spoke out about the term “Megxit,” which has been used to describe his and Meghan’s decision to step away from their senior royal roles. Prince Harry said that Megxit is a “misogynistic term” that was “created by a troll, amplified by world correspondents, and it grew and grew and grew onto mainstream media. But it began with a troll,” per People.

Prince Harry and Meghan were last in New York in late September, when they spent a week in the city and attended the Global Citizen Live concert. For that visit, they stayed at the royally-approved Carlyle Hotel, but it’s not clear if they decided to check back into the Upper East Side haunt for this jaunt.

The Duke of Sussex is the special guest at tonight’s Salute to Freedom Gala, and it’s likely the Duchess of Sussex will be joining him. Prince Harry, who served in the British armed forces for a decade, will be handing out the medals for the Intrepid Valor Awards to five service members, veterans and military families. 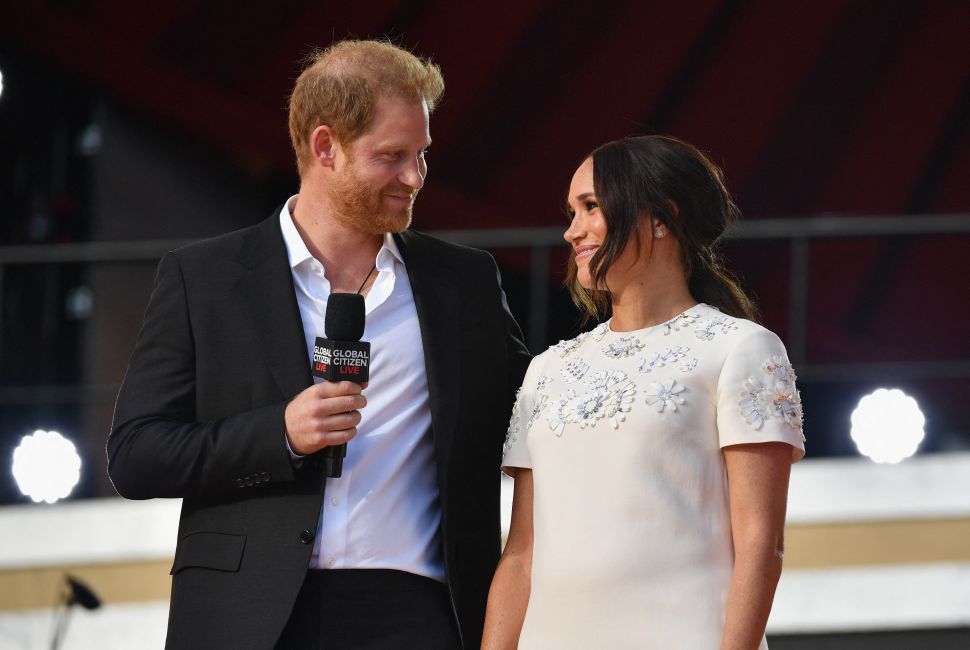