The Duke of Sussex is heading back to New York City this week for a very important event. Prince Harry is attending the Intrepid Museum’s Salute to Freedom Gala on November 11; he’s a special guest and will be handing out the medals for the Intrepid Valor Awards to five service members, veterans and military families who are living with the “invisible wounds of war.”

Prince Harry is the perfect fit for the event; he served in the military for 10 years, including two tours of Afghanistan, and he’s also known for his work with veterans, as he founded the Invictus Games, a sporting event for wounded servicemen and servicewomen.

This will be Prince Harry’s second trip to New York this year, as he and Meghan Markle traveled to Manhattan in late September for the Global Citizen Live concert. The Duke of Sussex is flying solo on this upcoming November jaunt, as the Duchess of Sussex is reportedly staying in Montecito with the couple’s two children.

The Salute to Freedom Gala is a formal event, and requires guests to dress in black tie or military evening dress, and it turns out that Prince Harry will have to don the former. The Duke of Sussex is apparently no longer allowed to wear his military uniform after he was stripped of his honorary military titles earlier this year, following his and Meghan’s decision to officially step away from their senior royal roles.

Prince Harry was reportedly especially heartbroken that he had to give up his military titles and patronages, as his work with the military is one of the most important things to him.

The royal family is also expected to honor veterans in the UK this coming weekend, at the annual Service of Remembrance at the Cenotaph. Last year, the Queen reportedly rejected Prince Harry’s personal request for a wreath to be laid on his behalf at the service; the Duke and Duchess of Sussex instead marked the somber occasion with a visit to lay flowers at the graves of two Commonwealth soldiers at the Los Angeles National Cemetery. 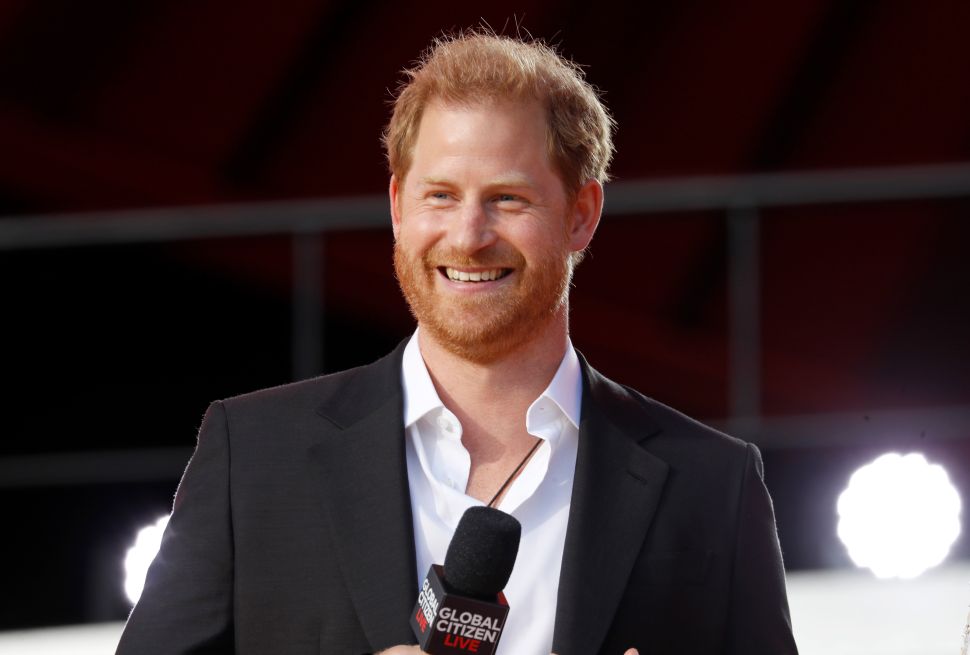