The Duke and Duchess of Cambridge spent the past week on holiday with their children, enjoying some family time outside of London. Prince William and Kate Middleton were spotted at Heathrow Airport with Prince George, Princess Charlotte and Prince Louis on October 21, as the family prepared to jet off on a relaxing vacation for the kids’ half-term break.

It’s not certain where the Cambridges spent the school break, but they likely returned to the U.K. over the weekend, as the three children began classes again today. Prince William and Kate didn’t spend much time back in London, though, as they’re off to Scotland today for an important visit.

The Duke and Duchess of Cambridge are traveling to Glasgow for the United Nations Climate Change Conference (COP26), a two-week summit in which world leaders, including President Joe Biden and Prime Minister Boris Johnson, will come together to discuss how to address climate change, with the goal of reducing greenhouse gas emissions and slowing global warming.

Queen Elizabeth was initially expected to attend COP26, but the 95-year-old monarch, who spent a night in the hospital on October 20, has been advised by her doctors to take it easy and rest for the next two weeks. The Queen was scheduled to attend a reception in Glasgow today (November 1), but Buckingham Palace announced the monarch won’t be traveling to Scotland for the summit on the recommendations of her medical team. Instead, the Queen has recorded a video message to address the delegates.

Prince Charles, Camilla Parker-Bowles, Prince William and Kate are still traveling to Scotland for the important event, and will be attending several events for COP26, including the aforementioned reception this evening.

Earlier today, Prince William shared a personal message on the Cambridges’ Twitter account, and revealed that finalists from the Earthshot Prize will be joining him in Glasgow for the environmental summit.

Prince William and Duchess Kate have a busy week ahead of them, as they’re expected to attend at least five events in Glasgow from now through November 5, per royal expert Omid Scobie, including receptions for the Earthshot Prize and the Sustainable Markets Initiative. 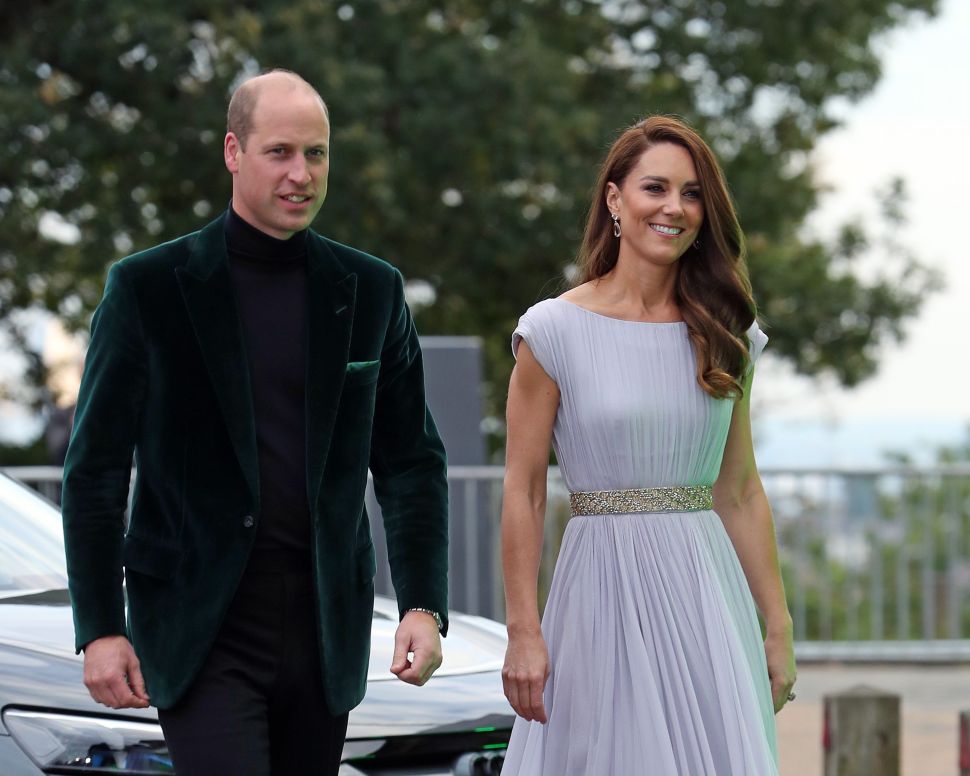