It’s barely November, but Queen Elizabeth is already thinking about Christmas. The monarch, who was recently advised by her doctors to rest and take it easy with royal duties for two weeks, is determined to celebrate the holidays with her family, and wants to host everyone at Sandringham.

It would mark a return to tradition for the royals, who typically ring in the holidays at Sandringham, but weren’t able to celebrate together last year due to the coronavirus pandemic. For the first time in over 30 years, Queen Elizabeth and Prince Philip spent the 2020 holidays privately at Windsor instead of Sandringham.

This will be the Queen’s first Christmas since the Duke of Edinburgh passed away in April, and this year, it’s “incredibly important” to the 95-year-old monarch that she is “surrounded by her loved ones,” per the Mirror. The Queen is “totally committed to hosting everyone as she hopes to make it back to full health in the coming weeks,” and is looking forward to entertaining the whole family at her Norfolk estate.

Queen Elizabeth recently had to cancel a number of official engagements on the advice of her medical team, including a planned trip to Northern Ireland as well as a visit to Glasgow for the COP26 conference, and after the Sandringham “family get-together will be the perfect tonic,” a source told the British tabloid.

In the pre-COVID-19 era, the Queen would traditionally travel to Sandringham a few days prior to Christmas; she takes the train from King’s Cross in London to King’s Lynn station in Norfolk. The other senior royals join her closer to the holiday, including Prince Charles, Camilla Parker-Bowles, Prince William, Kate Middleton and, of course, all the littlest royals. The family usually exchanges presents after lunch on Christmas Eve, and they reportedly always buy each other gag gifts.

They also usually attend Christmas Day services at St. Mary Magdalene Church in Norfolk, where there are often large crowds that gather, hoping for a glimpse of the royals. Last year’s church outing was canceled amid the pandemic, but perhaps there will be a more scaled-down version for the upcoming holiday.

While the entire royal guest list isn’t confirmed just yet, it’s possible that a certain family living overseas will make an appearance. Prince Harry and Meghan Markle, who now reside in Montecito with their two children, are reportedly considering traveling to the U.K. for the holidays this year, in order to celebrate Christmas with the royal family at Sandringham. 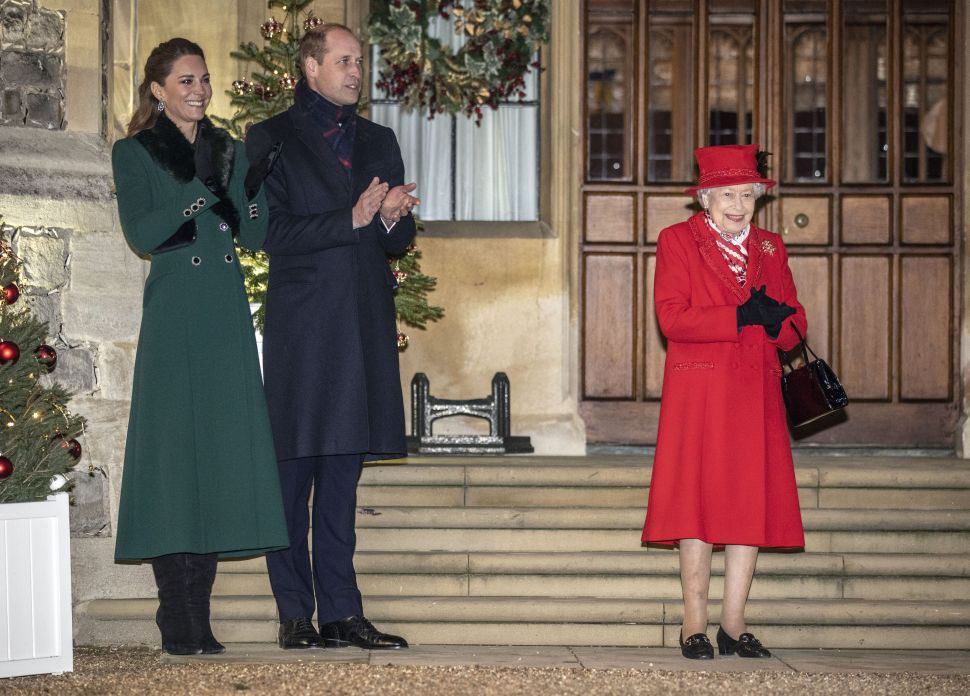