The world fastest electric plane has quietly arrived. Rolls-Royce said Friday that its first electric plane, named “Spirit of Innovation,” has set three world records in recent test runs. In one of the tests it attained a maximum speed of 623 km/h (387.4 mph), making it the “world’s fastest all-electric aircraft.”

During a test flight on November 16, “Spirit of Innovation” achieved a top average speed of 555.9 km/h (345.4 mph) over 3 kilometers, almost 40 percent faster than the previous world record. In another test run, the electric plane achieved a top speed of 532.1km/h (330 mph) over 15 kilometers and climbed from zero to 3,000 meters (9,842 feet) in just 202 seconds, smashing the existing world record by one minute.

The data have been presented to the Fédération Aéronautique Internationale (FAI), the international governing body of air sports, for certification, Rolls-Royce said.

“Spirit of Innovation” is part of a government-funded program Accelerating the Electrification of Flight (ACCEL). The U.K. is committed to achieving net-zero carbon emissions by 2050. The government hopes that the battery and propulsion technology developed by Rolls-Royce could lead to further applications such as urban air taxis.

“Spirit of Innovation” is powered by a 400kW (500+hp) electric powertrain and the “most power-dense propulsion battery pack ever assembled in aerospace,” Rolls-Royce said in a release. “The project and world record runs provided important data for our future electric power and propulsion systems for all-electric urban air mobility and hybrid-electric commuter aircraft. The characteristics that ‘air-taxis’ require from batteries, for instance, are very similar to what was developed for the ‘Spirit of Innovation.'”

“This record will show the potential of electric flight and help to unlock the technologies that could make it part of everyday life,” U.K. Business Secretary Kwasi Kwarteng said in a statement. “The government is proud to back projects like this to leverage the private investment necessary to unlock cleaner, greener aircraft which will allow people to fly as they do now, but in a way that cuts emissions.”

Rolls-Royce first announced the concept of an electric aircraft in 2019. The company behind the brand best known for its ultra-luxe sedans is actually the world’s second largest manufacturer of aircraft engines. Its jet engines are used in a wide range of aircraft, including Airbus A380. Rolls-Royce spun off its automobile division over 20 years ago; its cars were subsequently manufactured by Volkswagen and now BMW.

“Following the world’s focus on the need for action at COP26, this is another milestone that will help make ‘jet zero’ a reality and supports our ambitions to deliver the technology breakthroughs society needs to decarbonise transport across air, land and sea,” Rolls-Royce CEO Warren East said on Friday. 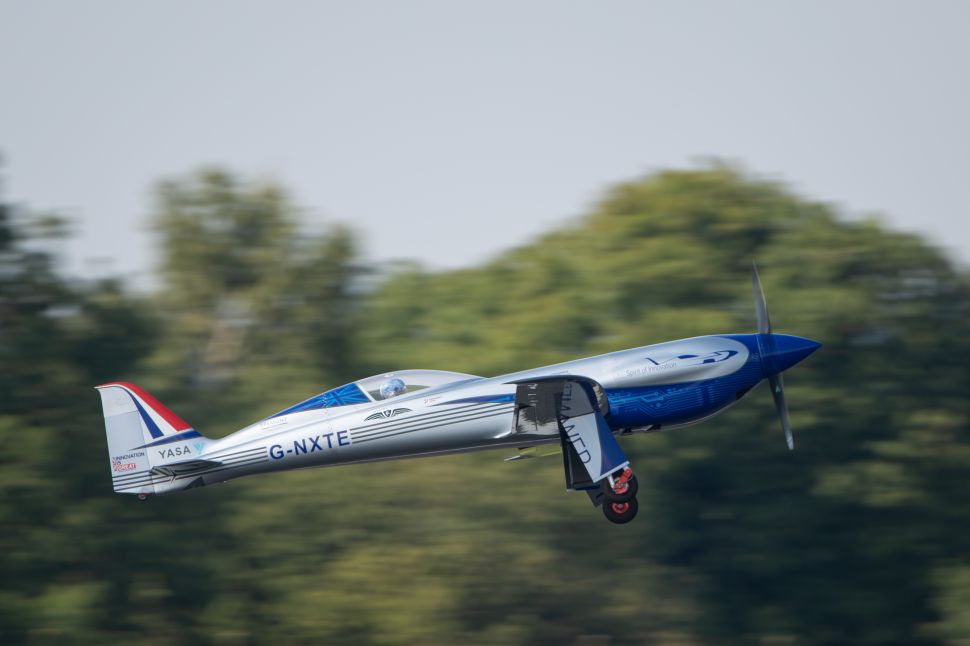