There are few fictional homes that have received quite as much attention as the apartment where Carrie Bradshaw resided in Sex and the City. Sure, the rent-controlled Upper East Side one-bedroom, with its charming façade and dreamy walk-in closet, was an entirely unrealistic picture of what a writer could afford living alone in New York City, but so what? It epitomized that particular era, and it’s not surprising that longtime fans of the show *still* continue to visit the Perry Street stoop that was used as the exterior for Carrie’s abode.

Now, serious SATC fans can live their Carrie Bradshaw dreams, as in honor of the upcoming revival, And Just Like That…, Airbnb has partnered up with Warner Bros. to recreate Carrie’s apartment, complete with her coveted closet and a plethora of Vogue back issues.

Sarah Jessica Parker herself teamed up with Airbnb for the exclusive stay; she’ll virtually greet guests at check-in with a narration akin to the OG “I couldn’t help but wonder…” Sex and the City episodes.

The actress shared the news on Instagram, and recommended guests treat themselves to Carrie’s drink of choice during their stay. “It’s delightful to be in such a familiar space, and we think you’ll love the reminders of Carrie you will find scattered throughout. So go see what’s hanging in that closet, try your hand at a little writing, and absolutely have a Cosmo,” she wrote.

While Carrie’s address was on the Upper East Side, the brownstone used to portray the exterior of the home was actually the aforementioned Perry Street townhouse in the West Village. This Airbnb offering is in an entirely different location; it’s been set up in a townhouse in Chelsea.

Even though the Airbnb isn’t in Carrie’s chosen neighborhood, the apartment is furnished with all of Carrie’s famously recognizable decor, including the leather chair from Aidan Shaw, a laptop perched upon a desk looking out at the street and even that Post-it note from what might be the worst break-up ever, via Jack Berger. The attention to detail here is rather impressive, right down to Carrie’s signature nameplate necklace strewn on a dresser.

Starting on November 8 at 12 pm ET, eager potential guests can book a one-night stay for two at the Airbnb here for either November 12 or November 13, for just $23. Those are the only two nights available, though, so if you’re absolutely set on living your best Carrie Bradshaw life, perhaps you should consider prepping your clicking skills.

Those that manage to score what is sure to be a very in-demand stay at the Airbnb will be treated to brunch in Chelsea and a fashion photoshoot, as well as access to a dress-up movie montage moment in Carrie’s recreated closet, which includes iconic pieces like the Patricia Field tutu from the intro credits as well as the “naked dress.” From the photos, it appears that the shoes are mostly from Sarah Jessica Parker’s own SJP Collection instead of Carrie’s favored Manolo Blahniks.

Below, take a sneak peek into the newly recreated Sex and the City apartment, and make sure you’re ready to press that book button ASAP next week. 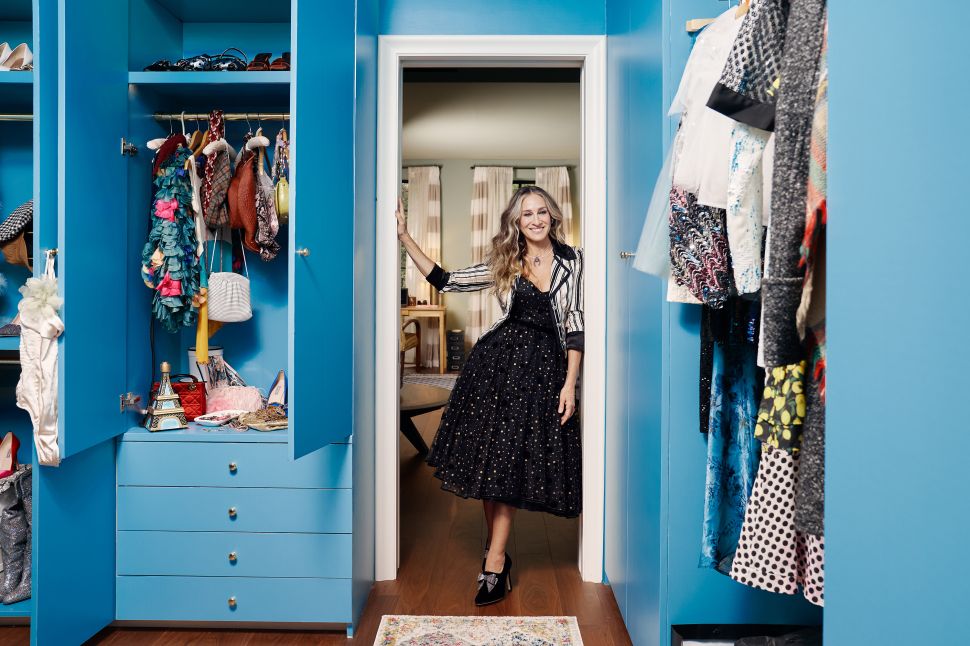