We haven’t seen a Hollywood movie gross $1 billion at the worldwide box office since Star Wars: The Rise of Skywalker. That movie opened in December of 2019, and a few months later the pandemic upended the film industry. Movie theaters the world over were shuttered for months, studios and exhibitors collapsed the theatrical window from 60-90 days to around 45, and hybrid releases aimed at juicing streaming subscriber numbers became a norm. The drastic changes and uncertain future raised an important question: was the age of the $1 billion blockbuster over?

The short answer: no. The global film industry may never again consistently hit the $40 billion-plus annual totals it did before the pandemic, but some semblance of stabilization is taking hold. One litmus test for the ongoing box-office recovery is December’s Spider-Man: No Way Home, which has the best shot at cracking $1 billion of any 2021 film.

Now, let’s do something the high-school you would never have thought possible: let’s have some fun with math.

Box office website The Numbers is somewhat bearish on the Marvel and Sony film’s prospects in its November predictions. They forecast a domestic opening of $80 million and a final North American haul of $220 million. While this would make No Way Home one of the top grossing films of the pandemic, it would mark significant drops from 2017’s Homecoming ($334 million) and 2019’s Far From Home ($390 million). It might also set up No Way Home for an underwhelming worldwide tally.

Tom Holland’s two previous standalone Spidey flicks (which cost $175 million and $165 million to produce, respectively) earned roughly 35 percent of their money in U.S. ticket sales and 65 percent from the international box office. If the upcoming entry follows suit, a $220 million domestic total would likely result in an over/under $630 million final global cume. Again, this would be one of the ten highest-grossing movies of the year, but a steep drop off from 2014’s The Amazing Spider-Man 2 ($709 million worldwide), which convinced Sony to pull the plug on Andrew Garfield’s franchise. Obviously, the marketplace isn’t in the same condition as it was back then because of [gestures broadly].

Speaking of Garfield, he and Tobey Maguire are almost assuredly popping up in No Way Home, along with characters from other Spider-Man franchises such as Alfred Molina’s Doc Ock and Jamie Foxx’s Electro. Throw in Benedict Cumberbatch’s Doctor Strange and No Way Home has the makings of a mini multiversal Avengers-level event. That, along with its valuable holiday release real estate, are why I lean closer to Box Office Pro’s more bullish projections.

That website projects a domestic opening between $135 million-$185 million (which would be the first $100 million debut in two years) and a final U.S. total between $375 million-$525 million. Those numbers would give No Way Home a domestic multiplier, or the multiple of the film’s final gross to its debut numbers, of around 2.75x. That’s in line with Homecoming (2.8x), but smaller than Far From Home (4.2x) which benefitted from a post-Avengers: Endgame bump. The Christmas corridor has contributed to leggy blockbusters first Phase IV Marvel movie recent years such as Star Wars: The Force Awakens (3.7x), Rogue One (3.4x), Jumanji: The Next Level (5.4x) and Aquaman (4.9x).

There’s reason to believe the same 35/65 domestic/overseas splits will hold true for No Way Home, given that the last four live-action solo Spider-Man movies dating back to 2012 posted averaged splits of 33.9 percent and 66.1 percent. So a $375 million domestic haul gets the film to roughly $622 million outside the U.S. for a worldwide total of around $957 million. A $525 million American total likely leads to round $975 million in overseas ticket sales for a global cume of around $1.5 billion.

Considering that the highest-grossing film of the pandemic is No Time To Die at “just” $735 million, that last figure might be a bit too generous (though No Way Home will be the first Phase IV Marvel movie to be released in China, where the MCU is immensely popular). Plus, only one Spider-Man movie has ever surpassed $1 billion. But given the added-value cameos that span generations of Spidey fans, No Way Home should perform closer to Box Office Pro’s expectations and threaten the vaunted $1 billion mark. At the very least, it stands a great shot at becoming 2021’s highest-grossing movie overall. 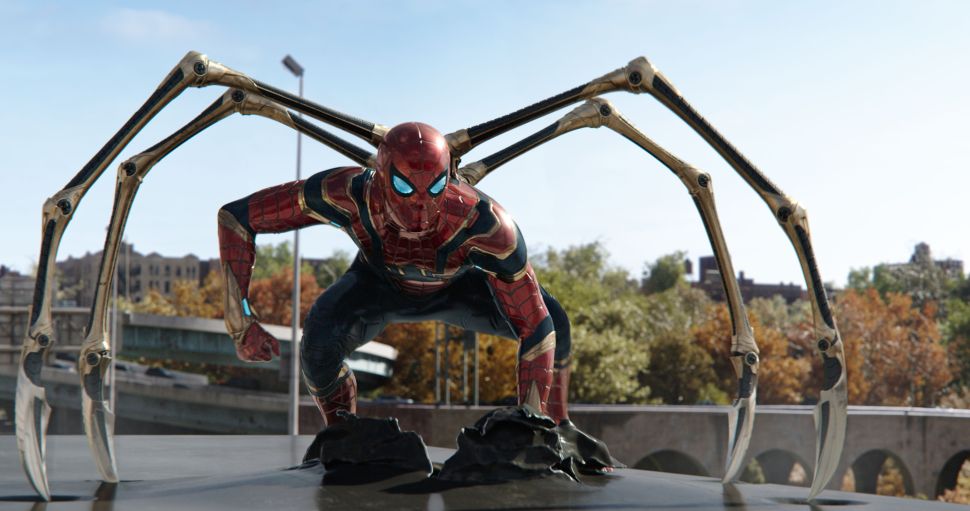