Terrence McNally’s final gift to friends, fans and theater industry folk was his own memorial, which he concocted and cast in the days before his death. His widower, producer Tom Kirdahy, executed it movingly Nov. 1 at the Schoenfeld, maybe with some ghostly stage-managing on the side. Full of laughter and tears, it came over like a McNally play, like life.

The four-time Tony winning playwright died of coronavirus complications March 24, 2020, in Sarasota, FL. He was 81.

It was a long, but loving, goodbye, tipping the scales at two hours and 40 minutes, but it was everything a memorial should be. Almost all the speakers were a little devastated around the edges but plowed through determinedly, a few batting back tears as they spoke.

Lin-Manuel Miranda and John Kander shared a speech McNally gave to the League of American Theatres and Producers. Christine Baranski delivered his Juilliard Commencement Address. And McNally himself was seen, in a 2019 TV clip, accepting his Lifetime Achievement Tony Award.

Ahrens, who turned McNally’s prose into Ragtime lyrics, found him, as a collaborator, “loving, generous, hilarious and cranky, particularly over commas and periods. Over coffee and chicken salad on bagels, we wrangled over every square inch of mutual work because we all cared so much. Every writer hopes their work will somehow change the world, but Terrence’s actually did, and it was an honor to be in the room when he did it.”

A television writer from the West Coast, Roos remembered meeting as new members of a social group of ex-drinkers. “A friend at the meeting said, ‘I want you to meet Terrence McNally, you know, the writer, and I said, ‘On what show?’ because I was writing for Hart to Hart and couldn’t afford to be seen with just anyone. He said, ‘No, he’s a playwright,’ and I thought, ‘Oh, God! He’s going to ask me for money.’ I didn’t know anything about his work. He did go on and on about the theater. He wanted me to love it like he did and to stop complaining there were no closeups. ‘The actors create the closeups,’ he said, and, because I loved him, I agreed. He worshiped you actors. You know who you are. I’ve never known anyone who loved actors as much as he did. I don’t, and I’m married to one.”

McNally’s younger brother, Peter, told Broadway about the four years they shared the same room as kids in Corpus Christi. “Our bedroom wall was decorated with pictures of Maria Callas, James Dean and Shakespeare,” he said. “I was allowed to have a small photo of Mickey Mantle.”

Agent Lomma came to McNally once when he caught his seven-year-old son, Henry, writing in his room. Did he, as a father, have anything to worry about? McNally replied Biblically, “Bring him before me,” and, when he discovered that the boy hated what he had written the day before, he turned to Lomma and announced proudly, “Congratulations! Your son’s a writer.”

Lopez, who just won the Best Play Tony for The Inheritance, is the grown-up version of Henry Lomma. When he hit town, he finagled his way into Hal Prince’s office and asked him how to embark on a writing career. Prince gave him McNally’s phone number and told him to call him up and offer his services as an assistant. As assistant on A Man of No Importance, Lopez had no responsibilities because McNally didn’t need one. “I realized I was not his assistant but rather his student. He allowed me the gift of being in the room and watching the process unfold. Looking back at that experience, having worked on workshops of my own plays, it amazes me he would willingly take the time to teach a stranger about his creative process.”

Mantello found McNally just as generous to “a 33-year-old semi-employable actor with almost no directing experience” wanting to be one. The playwright gave him that shot with Love! Valour! Compassion! which, in turn, got him a Tony and a new career. “I’m certain I was not first choice for the job, but you insisted,” Mantello said. “You followed your instincts. You trusted your heart, and you said, ‘You. I choose you.’ And, in doing so, you changed the landscape of my life.”

The memorial built to an emotionally charged finale—first from Lane, then from Kirdahy.

“Terrence claimed it was love at first sight, and he never strayed from that declaration,” said Kirdahy. Sadly, six months into the relationship, McNally was diagnosed with lung cancer, and, for nearly 20 years, cancer was part for their story. “After his first surgery, we were told in very doctorly tones that the surgery had gone well. Terrence wanted more. “Would you call it a triumph?’” Humor saw them through setbacks, and so did travel–to India and Italy.

“We held hands wherever we went, a practice started at the hospital—a physical and gently political manifestation of our togetherness. Whether it was on a plane, in a car, a darken theater, under the table at a restaurant, a walk on the beach, or even in bed at night, we would reach for each other’s hand as if to say, ‘I’m here, honey. We’re connected. We’re safe.’ To this day, I still reach for his hand.”

On March 18, 2020, when the city was shutting down, they decided to get out of Dodge, outrace the virus and escape to their place in Florida where they could stare at the Gulf of Mexico and get away from impending doom. Unfortunately, doom found them. Covid caught up with McNally.

“Terrence said, ‘Now I want to talk about death and dying,’” Kirdahy relayed. “Should anything happen, he made me promise two things: one, that I would be by his side, and, two, that I would let him go when the time came. I promised both. He told me he wanted the people you heard this afternoon to speak at this memorial. He told me if there was a wake or a funeral, perhaps it could be at Campbell’s. That was where Judy Garland was laid out, and, if it was good enough for Judy, it was good enough for him.”

Lane girded himself before talking. “I was reminded of a little running gag that Terrence had,” he said. “Every opening night of mine, he would send me a card. Of course, it would be beautifully written with love and support and his great wit, and he would put a dollar in it, like an aunt.”

According to Lane, Joan Didion believed a place belongs most to the person who has loved it most. “If that’s the case, then I think theater belonged to Terrence. He loved it more than anyone I ever met. As I’ve often said, he’s like the love child from a wild night between Noel Coward and The Lunts. He said this unconditional love affair for him began as a youngster the same week his parents took him to see Gertrude Lawrence in The King and I and Ethel Merman in Annie Get Your Gun. Of course, we now know this was also the leading cause of homosexuality in the ‘50s.”

Lane admitted trying to contact McNally via a Long Island medium on her podcast. “I did my best to be open to the experience of communicating with the dead through a woman with very large hair,” he said. “I mentioned the loss of Terrence, and she paused and said, ‘Someone is making their way forward through the line. Did you write a tribute to him recently?’ I said, ‘Yes, I did.’ She said, ‘He wants to thank you for that and for saying such kind things.’ Then she said, ‘He just keeps saying, ‘Can you believe I died?’ That brought me up short. It sounded exactly like something Terrence would say—especially if speaking from another dimension.

“He actually made me laugh from another dimension.” 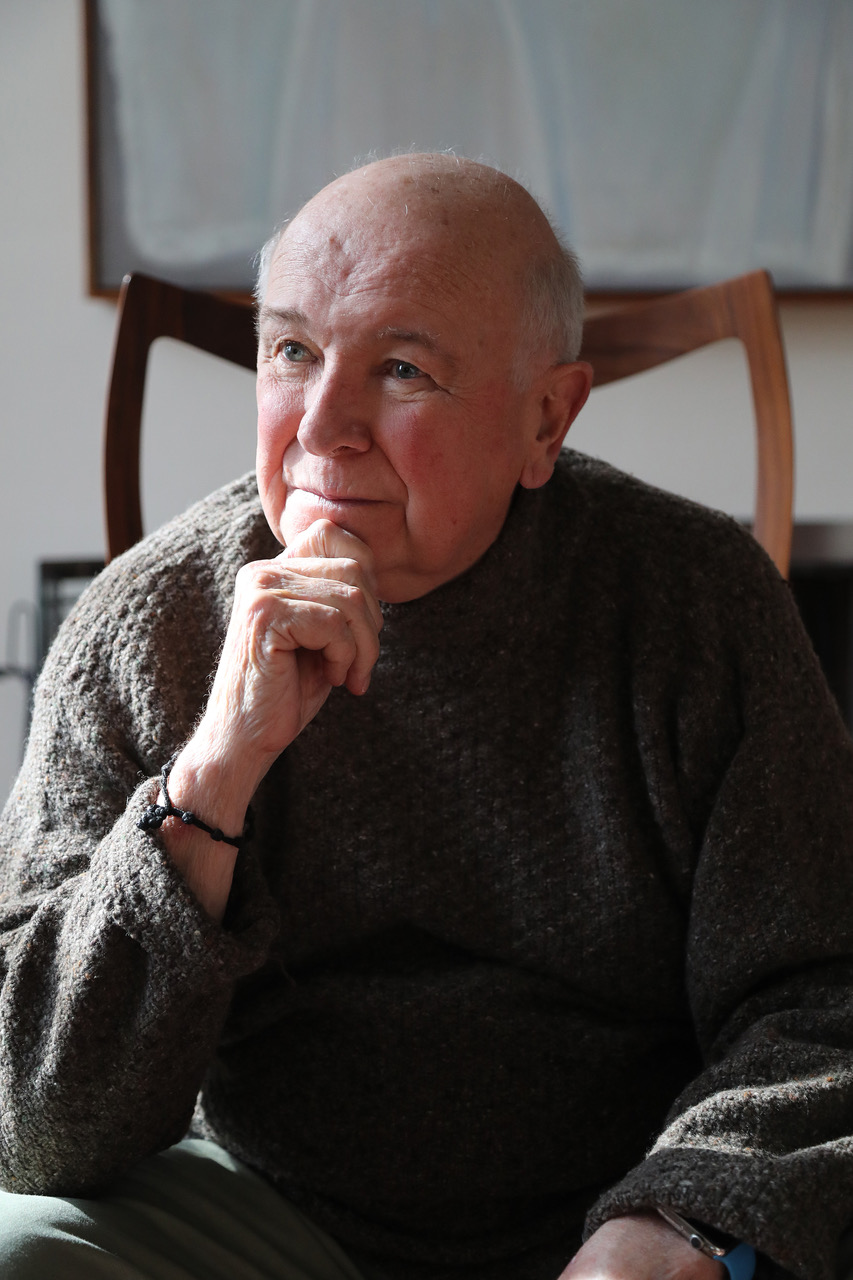