After tumbling 17 percent in just a week earlier this month due to CEO Elon Musk’s unusual stock sell-off, Tesla shares have quietly rebounded in the past few days to where they were before the volatility began, pushing the electric carmaker’s market value back to above $1 trillion.

On Monday, Tesla shares jumped 5 percent after Musk said on Twitter that Model S Plaid, Tesla’s newest luxury sports sedan, could be available in China as early as March 2022.

Tesla unveiled Model S Plaid domestically in June. The car boasts a number of impressive specs: 1,020 horsepower, an EPA range of 348 miles, 200 mph maximum speed, and acceleration from 0 to 60 mph in under two seconds. At its launch event, Musk touted the car would be “faster than Porsche but safer than Volvo.”

Production and delivery updates are not unusual content on Musk’s Twitter feed. And even before the Model S Plaid news, Tesla shares had already been climbing for a week from their recent low. A better explanation for Tesla’s quick stock rebound is perhaps simply that investors have recovered from the panic caused by Musk’s recent erratic trading activities.

The Tesla CEO initiated a wave of selling Tesla shares and exercising stock options on November 8 after a Twitter poll decided that he should unload 10 percent of his ownership in Tesla, a stake worth more than $20 billion at the time.

Musk launched the poll himself, saying that liquidating some Tesla equity might help settle the heated debate around “unrealized gains being a means of tax avoidance.” But a closer look into Musk’s compensation history revealed that the real reason he might want to sell a large chunk of Tesla stock was a looming tax bill on a block of expiring stock options.

In 2012, the Tesla CEO received stock options that would allow him to buy roughly 22.8 million Tesla shares at $6.24 apiece and sell them at market price. These options are set to expire in August 2022. If exercised in full, they would incur an income tax bill of $15 billion. If Musk chose to let them expire, he would have missed out on a gain just as big.

So far, the Tesla CEO has cashed out nearly $9 billion of Tesla shares, SEC filings show. He has converted six million options into shares and sold about $3 billion worth to cover tax withholding. 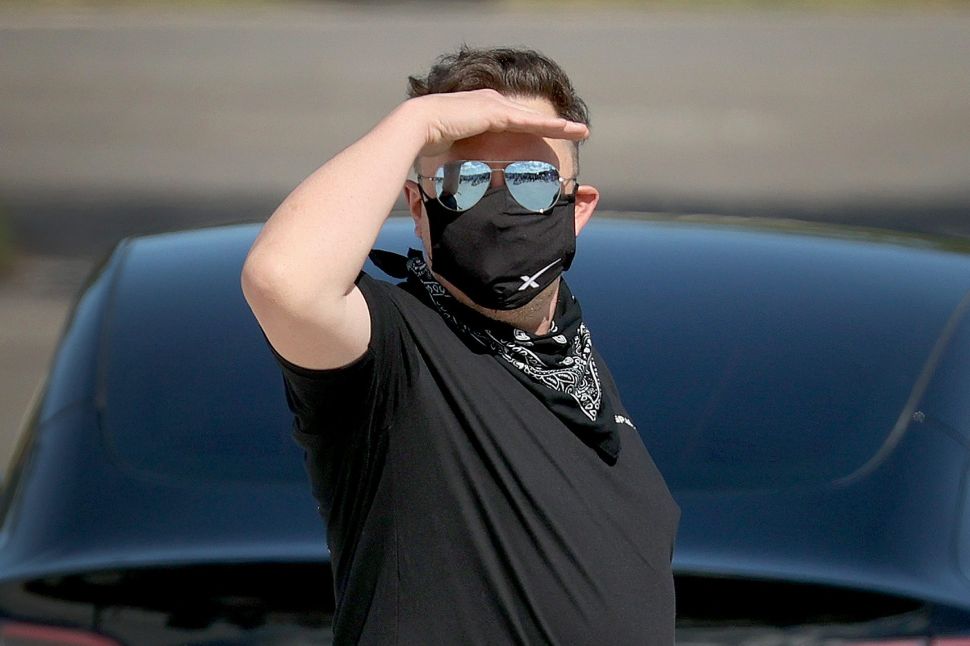