No, Stephen Karam never endured a cataclysmic holiday dinner that would have prompted him to write a play like The Humans. “I always need a heightened emotion when I think of two hours on stage,” he explains. “The Humans is drawn very much from such a variety of moments and people and experiences that I’ve had in my life. By the time it gets reassembled, it’s so far from literal storytelling it feels more honest because it’s an emotional autobiography.”

Double-debuting as director-producer, he delivers the film version of The Humans to theaters on Thanksgiving Eve, November 24th, when it also starts streaming on Showtime. In it, a freshly fired school janitor (Richard Jenkins), his put-upon wife (Jayne Houdyshell) and his dotty mama (June Squibb) come to New York from Scranton to spend Turkey Day with a daughter (Beanie Feldstein) and her new Korean beau (Steven Yeun) at their dismal, dimly lit, meagerly furnished Chinatown apartment smack dab in the ghost shadow of the World Trade Center. There, they are joined by another daughter (Amy Schumer), a Philadelphia lawyer who’s lost her job (and girlfriend) and who faces serious surgery.

Yes, it’s a comedy—or, more precisely, a “painful comedy,” Karam’s specialty, according to The New York Times. Says the specialist: “I think there’s so much joy and laughs in family feuds it’s actually funny. I never thought, for all the darkness, that this was a stormy dark cloud of a play. Maybe that’s because, when I’ve seen it with an audience, I’m feeling the belly-laughs along with the terror. I feel them side by side.” Karam doesn’t get hung up on labels. Comedies can also be very serious. “For some, if there’s any element of sadness, they’re like, ‘Well, that’s not a comedy. There were those two sad parts.’ I just don’t think that way. I understand why The Cherry Orchard is a comedy—though it has the extraordinary heartbreak.”

In stage form, The Humans walked off with Tonys for Best Play of 2016, Best Featured Actor (Reed Birney), Best Featured Actress (Houdyshell) and Best Scenic Design (David Zinn’s approximation of a dreary duplex constituted a character itself). In film form, it is generating Oscar buzz for Karam’s multi-tasking as well as for the performances of Jenkins, Houdyshell and comedian Schumer’s brave, astonishing turn toward the dramatic.

Joe Mantello, who rather masterfully staged the Off-Broadway and Broadway editions of The Humans, set a pretty high bar for Karam as he assumed the director’s chair. But the author charged forth anyway.

“The moment I started to think of it as a film, I thought I’d love to direct it,” he admits. “I’ve been learning from incredible directors my entire career and was always too scared to try it, but very much wanting to.” He made the conscious decision that he wasn’t filming a play, he was making a movie. “For me, it removed the curse of trying to repeat what was already perfect the way it was. You can’t recapture the magic of a Broadway performance, and I didn’t want to try. I knew if I had the six actors who are used to a very specific kind of direction, I might want to fall back on something that I knew worked. I wanted to have a film where I didn’t question, ‘Was this Joe’s? The chemistry he built—was this Joe’s blocking?’”

One thing Mantello lacked was the luxury of closeups, and this is where Karam really goes to town, poring over faces wracked with worry and regret, or investigating the oppressively drab set, finding spots, peeling paint and a mass of pipes crawling across the ceiling. The soundtrack is likewise alive with things that go boom! in the night, from a trash compactor rumbling to an old lady rummaging about her apartment upstairs. Both are rude jolts to the system. The Humans that he brings to the screen is a family drama that has been cloaked in his boyhood love of the thriller genre.

“I discovered Sleuth and Deathtrap at a very formative moment when I was a teenager. My first internet credit-card purchase was a copy of The Last of Sheila, which Stephen Sondheim and Anthony Perkins wrote. It’s those things you loved as a kid that stay with you as an adult. I always loved being scared. I always loved Wait Until Dark—these thrillers that seem to be from another era. As a writer, what can you do but make things that you love and see very clearly?”

The Humans is the first time that Houdyshell has ever had a chance to repeat on film a role that she did on stage. “They are very different experiences,” she insists. “The film timeframe is so much shorter than anything we ever do on stage, but the bonding that happened between us all on this film was almost immediate. It’s been very interesting and very challenging for me to play a different way into the character as well as into family relationships that I have with the film cast, as opposed to what I had known so well for 600 performances in the theatrical version.”

Happily, this is a role she loves. “There are a lot of aspects to who that woman is, and I always like playing complicated characters. She has a way of dealing with the painful and difficult things that her life brings her. It’s not about denial so much. It’s a coping mechanism she has to repress pain so she can move on with her life. I think that she’s a woman who likes to live in a proactive way. She loves her family very much, even though the relationships are intensely complicated at times. She just has found a way of negotiating in the world so she can keep moving forward.

“One of the reasons I adored this role so much was because she reminded me very much of my own mother. She had a lot of the same qualities in terms of her inner strengths, her kind of resiliency and her ability to rise above life’s misfortunes.”

Of all the characters, the patriarch Jenkins plays has the most to communicate and is the least effective at it. Consoling his lesbian daughter, he offers empty bromides. When the musical composition of his other daughter is rejected, he suggests, “Well, you can always work retail.”

Not till the actor saw the film did he realize how his character’s communication skills stopped the conversation. “That’s what we all do to our children: we say the wrong thing,” Jenkins says. “It comes from a good place but not a helpful place. I think after I say it, I realize I’ve said it the wrong way. People said, ‘You’re so mean to them.’ I denied it—and then I saw it for myself.”

Comes his big reveal when he tells his daughters that his extramarital faculty fraternizing is what has cost him his job, and both of them scatter in disgust. He’s left in the pitch-black apartment with a panic attack, wondering if he’s going to lose his family, too. Eventually, a door opens, and his younger daughter announces, “Dad, the car’s here. I’m going to ride with you to the station.” 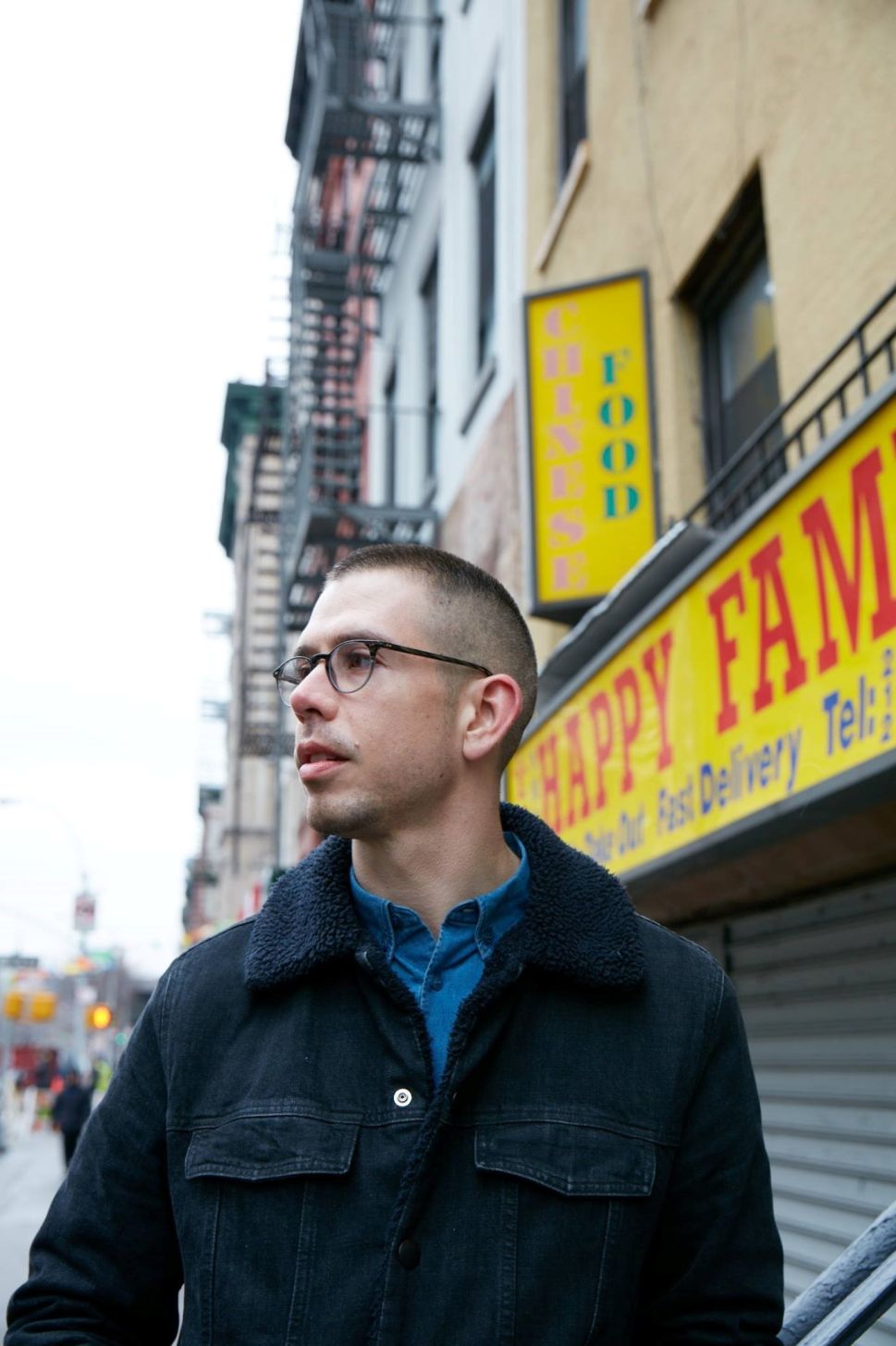