If dropping temperatures or diminishing daylight hours have you down, look at it this way: we’re actually living through summer this fall, at least in terms of the film industry.

That’s how it’s felt at the box office, thanks to the surprising number of tentpole features opening in October: Venom: Let There Be Carnage, No Time To Die, Halloween Kills, Dune and more. Going back to 1984, October has never led the U.S. box office in ticket sales in any year. It’s a month Hollywood traditionally views like Kevin McCallister at the start of Home Alone, overlooked and underestimated. Yet with more than $637 million in 2021, this October is the highest-grossing month of the year-to-date, thanks to a COVID-induced logjam of blockbusters.

The pandemic has forced changes to Hollywood programming strategies that haven’t kept up with shifts in either audience behavior or technology, and those changes may be here to stay.

“The exact timing is still in flux as the pandemic lingers both domestically and internationally, but I see little reason for there not to be a continued expansion of the calendar in the long term,” Shawn Robbins, chief analyst at Box Office Pro, told Observer. “This October was a great example of why, but it’s not the first time we’ve seen months once perceived as ‘downtime’ deliver blockbuster results.”

In recent years, Joker ($335 million domestic), A Star Is Born ($215 million), Venom ($213 million) and Gravity ($274 million) have all shown the power of October releases. They join a chorus of successes that are opening up new pockets of profitability across the release calendar as Hollywood embraces a year-round mentality.

Steven Spielberg practically invented the summer blockbuster with 1975’s Jaws, which swam into theaters in June. And Hollywood logic dictates that if something works, keep doing it over and over until you’re absolutely sure it’s stopped working. So ever since, the blockbuster gatekeepers have basically kept to the same schedule.

But to paraphrase the immortal words of Pixar’s Ratatouille, not every month can produce a blockbuster success but a blockbuster success can come from any month. Prior to 2015’s Star Wars: The Force Awakens, no December opening had garnered $100 million (unadjusted for inflation), and December had only seen total ticket sales top $1 billion once in the preceding 31 years. Yet since Disney and Lucasfilm stationed a galaxy far, far away in the holiday corridor, four December movies have opened to at least $100 million in the last six years and December has surpassed $1 billion in total ticket sales every year from 2015-2019. The Force Awakens proved to be transformative for Hollywood’s blockbuster real estate.

Similarly, Deadpool set a February record with a $132 million opening in 2016, only to see that broken by Black Panther ($202 million) two years later. The Chadwick Boseman-led Marvel blockbuster pushed the month to its first-ever $1 billion total, a feat it hasn’t come close to repeating since. And though Labor Day Weekend was long considered a snoozy box office stretch despite the three-day holiday, thanks to Marvel’s Shang-Chi and the Legend of the Ten Rings, which scored a record-setting $75 million opening, it’s a new hot spot for launches.

“I don’t think there are blockbuster seasons anymore,” Paul Dergarabedian, senior media analyst at Comscore, told Observer. “There should be no month that is off-limits in its ability to generate blockbuster gross, either for an individual film or a slate a films in a given month. It’s all blending together.”

Jeff Bock, senior box office analyst at Exhibitor Relations, shares that sentiment, arguing that “dead zones in the release calendar are a myth.”

Still, studios have remained intent on force feeding audiences a slate of tentpole features in the 18-week period from April to August. Hyper focus on the summer season means a big new release nearly every week, whether or not audiences want to consume blockbusters at that pace. Despite changing viewing habits, major Hollywood players rely on that fourth month April-August period to generate nearly half their profits. In 2019, April-August drew more than $5.3 billion at the domestic box office, accounting for roughly 47 percent of the year’s ticket sales. In 2018, that number was north of $5.4 billion for 45 percent of the annual gross.

Basically, for decades now the release schedule has been a self-fulfilling prophecy. Studios don’t think certain sorts of movies will work in certain months (no crying in July, that’s for explosions), and they don’t see any reason to release quality product in January or August, since they’ve stuffed so much of into July and December they want to give those months time to play out. Then they point to box office results and say, “See? We’re right!”

Except, are they? August remains Hollywood’s dog days of summer despite ample evidence to the contrary. The month has proved a financial launching pad for late-summer successes such as 2007’s The Bourne Ultimatum (which went on to earn $227 million domestic), 2014’s Guardians of the Galaxy ($334 million), and 2016’s Suicide Squad ($325 million). Quentin Tarantino released his Best Picture-nominated Inglorious Basterds in August and it remains one of the highest-grossing movies of his career.

“I think scheduling will continue to be more flexible going forward,” Bock said. “The pandemic was obviously a catalyst in that, but Hollywood has resisted the implementation of change for far too long.”

In 2019, Disney earned a record $13 billion at the box office despite releasing just 13 movies, their second-smallest output of the decade. Moving forward, more studios are following suit and reserving theatrical releases for only the best of bets. Warner Bros. will reportedly release half of its movies theatrically and half on HBO Max beginning in 2022. Studios are coming to understand wide-release films that suffer low opening weekend grosses across 3,000-plus screens (sorry, The Last Duel) would have been better served going straight to streaming.

“Constriction of the release schedule could equal an expansion of opportunities,” Dergarabedian said. “You’re going to see less movies heading into theaters and taking up screen space. We’re heading into a more strategic and streamlined method of greenlighting films, which will benefit the industry.”

The theatrical experience is big, but it’s going to become more boutique as we see a more curated selection. By being more selective, studios won’t suffer as many perceived bombs, which boosts their bottom line and helps out major theater chains that are filling out screens with flops.

More room on the release schedule also removes roadblocks that prevent certain films from doing well. “As studios have become more accustomed to streaming habits, which don’t have seasons, they become more open ended on the film front as well,” Dergarabedian said. “We’re in a 24/7 entertainment season. Audiences no longer want to wait until July to see a big movie.”

The pandemic has shaken up conventional wisdom and accelerated change. Due to delays, Sony’s Marvel movie Morbius is opening in January, one of just two months that has never seen a $100 million debut. WB’s The Batman was moved to early March, which isn’t typically a launching pad for new franchises. Tom Cruise’s Mission: Impossible 7 will now open on September 30, which has never been a hot bed for blockbusters. If these movies do great business in non-traditional release windows, it opens up bolder possibilities for future releases.

“It may not be immediate,” Robbins said. “Studios will still be careful and strategic with certain periods on the calendar once we have a relatively normal market again. But these atypical performances just go to show that good movies can succeed in a big way during virtually any time of the year.” 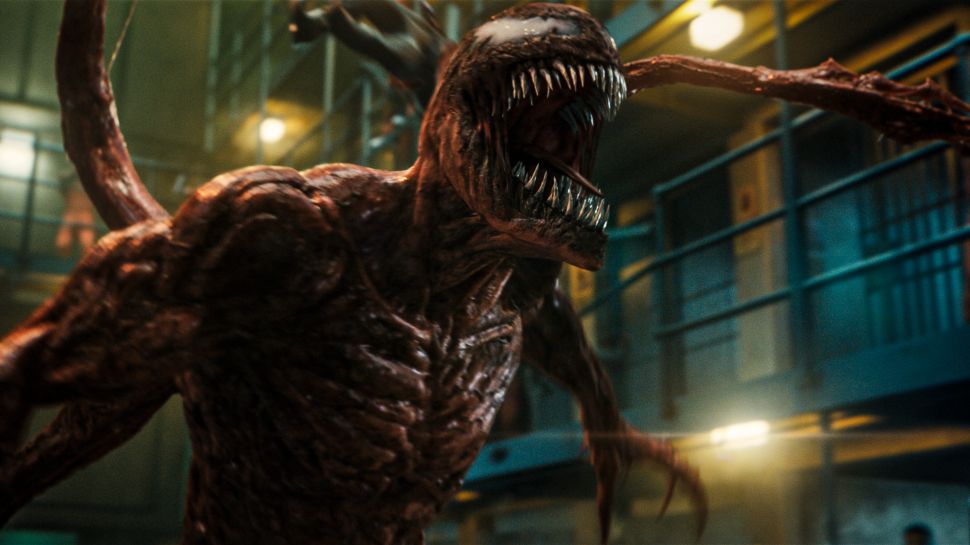