I once found myself sitting behind Tommy Tune at the theater. “Don’t worry,” he told me. “I fold up like a deckchair.” And that’s just what he did as a considerate member of the audience.

Broadway’s long drink of —six foot, six and a half inches—is not famous for his in-house appearances. His specialty is on stage, whether he’s in the center of it or behind the scenes, aggressively directing or choreographing. A ten-time Tony winner, the 82-year-old Tune was the first person to win Tonys in four categories (Harvey Fierstein was the second); by the time he got one for Lifetime Achievement in 2015, his lifetime achievements had already accumulated nine competitive Tonys.

On Monday, November 15, more praise will be heaped on his lanky frame. Dancers Over 40, a service-and-support organization which rarely salutes its living legends, will stage a major tribute at the Actors’ Temple (339 West 47th Street), and 25 cast-members of shows he created will show up to discuss his particular razzmatazz magic and to demonstrate it in reconstructed performances.

Tickets are $15 for members and $25 for non-members. The public is invited to the celebration.

Not so coincidentally, November 15 also happens to be the pub date for a new and incisive study of Tune’s genius, Kevin Winkler’s Everything Is Choreography: The Musical Theater of Tommy Tune (Oxford University Press, $35), and Winkler will be on hand at the Dancers Over 40 tribute to moderate two panels made up of a Who’s Who of dancers who’ve participated in the making of Tune’s shows over the years. 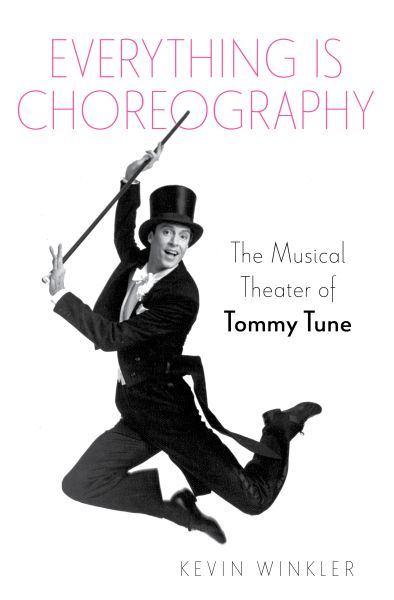 Four ladies from the original cast of The Club, the first show Tune directed in 1976 (under the modest moniker of “T. Tune”), will begin the evening with that show’s opening number, “Welcome to the Club.” There will also be a performance of “Being with You” by Nine’s Dorothy Kiara. All five will join Karen Akers, Becky Ann Baker, Nancy McGraw and others on the panel covering “Tommy Tune: The Early Years” (The Best Little Whorehouse in Texas, A Day in Hollywood/A Night in the Ukraine, Nine). Panel Two spans My One and Only, Grand Hotel, The Will Rogers Follies and The Best Little Whorehouse Goes Public and features Cady Huffman, Jeff Calhoun and Patti D’Beck.

A combination of original cast members and the American Dance Machine for the 21st Century performs a video version of  “Our Favorite Son,” “the patty-cake number” from The Will Rogers Follies that has been reconstructed by D’Beck and directed by Joshua Bergasse. It will be making its world premiere at the tribute, then go viral the next day and be added to the American Dance Machine repertoire. Huffman, who was in that show, will take the Will Rogers center spot.

“Broadway dance is very ephemeral,” Winkler says. “It doesn’t get reproduced in concert setting the way a ballet-company piece does, so a lot of times stories of the creation of dances get lost.”

Preserving original dances is what the American Dance Machine is all about, and groups like Dancers Over 40 are key to that—dancers who were an integral part of the creation of those shows. “They’re recording the event on the 15th and donating the tapes to the Dance Division at the New York Public Library at Lincoln Center. There’s a documentation element to their work.”

Before becoming a biographer, Winkler put in some earnest time as a dancer himself. His first book, Big Deal: Bob Fosse and Dance in the American Musical in 2018, won the Theater Library Association’s George Freedley Memorial Award and was a finalist for the Marfield Prize.

He felt strangely drawn to Tune as his next subject. “That idea had been percolating in the back of my brain for a number of years—it just hadn’t made it to the front of my brain,” he confesses. “Some of the most delightful moments that I have ever spent in a theater were at shows that Tommy Tune choreographed and/or directed and/or performed in. But when people write the histories and the commentaries of Broadway and musical theater, he gets mentioned in passing. And I thought there was a void there that a book which examines his artistic life would fill.

“I’d just gotten the feeling over the last few years—I’m not sure why—that he’d become an undervalued figure in the theater, partly because people have short memories. Plus, he hasn’t had a show on Broadway for a while, although he’s been busy in performing on his own over the years. I feel he’s never really gotten his due as an artist and a creative force in the theater. I know that sounds strange because he has had many theatrical successes. He has not lacked for accolades. He’s even been named a living landmark by the New York Landmarks Conservancy.”

That’s pretty tall cotton, as they say in Tune’s native Texas. Of all his working contemporaries, he has done the most to populate Broadway with original musicals. “Tommy told me he’s been offered a lot of shows to revive, and he won’t do them,” Winkler relays. “He’s been adamant, saying, ‘I don’t do revivals on Broadway. Broadway should be for new works. If we keep doing revivals, what’ll be left to revive in ten or twenty years?’ He’s absolutely right about that.”

Technically, Grand Hotel is a revival. Tune took it on without realizing it had tried to make a run for Broadway in 1958 but never got out of California. It was booked for the 46th Street Theater, but the show’s star, Paul Muni (in the role that would win Michael Jeter a Tony), bailed. Tune enlisted Peter Stone to redo the book and got Maury Yeston to write seven songs in two weeks to mix in with the ones originally written by Robert Wright and George Forrest. Quite an overhaul!

Winkler can champion Tune on two different fronts. “I think he’s a deceptively important figure because he’s very much a part of what I call in the book ‘a grand lineage’ of choreographers who turned directors,” he points out. “This really began after World War II with people like Agnes de Mille. And then there’s Jerome Robbins and Michael Kidd and Gower Champion and Bob Fosse and Joe Layton—Tune’s right there in that lineup. But he is also a transitional figure. He has been very influential to the careers of people like Susan Stroman, Jeff Mitchell, Jeff Calhoun, Casey Nicholaw—many of whom worked with him early in their careers as dancers or assistants or associates. You can see the Tommy Tune influence in their work as well.”

Currently, Winkler is not ready to announce who he will be addressing next. “I’ve got a few ideas I’m thinking about it, but I’m not sure yet. Right now, I’m in the investigative mode.”


Having been a dancer, it’s a safe bet that these ideas will dance. 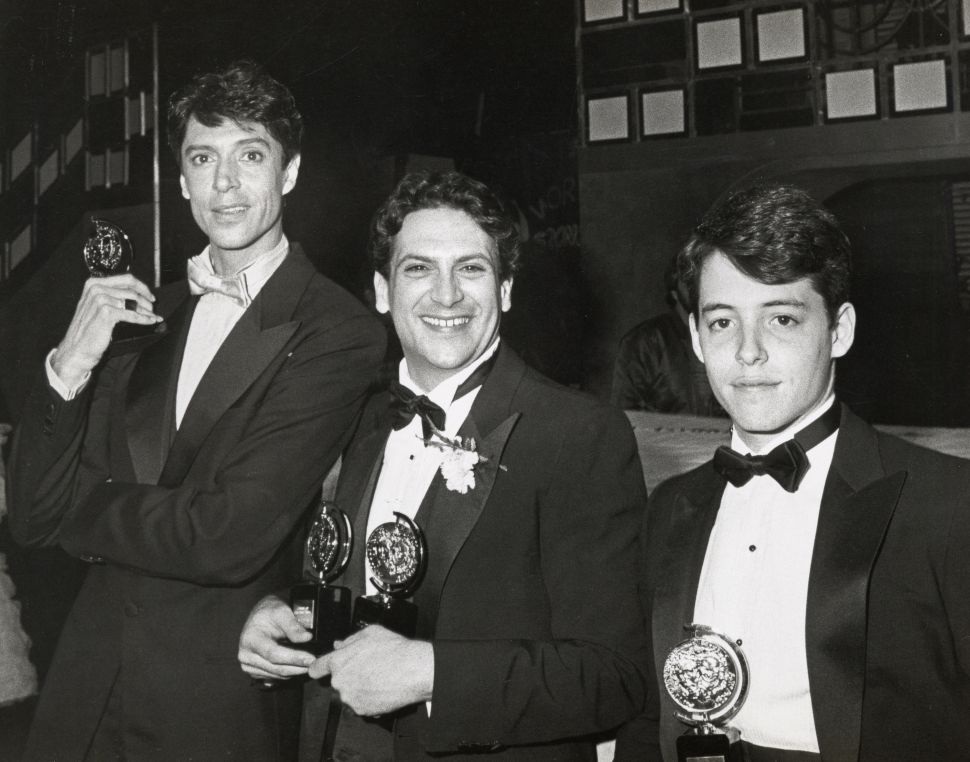