The musicians’ union, The American Federation of Musicians Local 802, has filed an unfair labor practice charge against the classical music production company, Distinguished Concerts International New York (DCINY), for its failure to negotiate a first contract in good faith. DCINY has an unusual business model in the classical music world: the for-profit company creates the grand concert hall experience at Carnegie Hall and Lincoln Center for visiting amateur choirs. These choirs pay them handsomely for the opportunity to sing on renowned stages with professional orchestral accompaniment. The accompaniment, the DCINY orchestra, is made up of mainly young, highly skilled freelance musicians, many of them graduates of the Manhattan School of Music. Since DCINY formed in 2008, its orchestra has worked without a contract. The orchestra unionized in 2019 with Local 802 and DCINY has spent years delaying contract negotiation and refusing outright to even discuss many of the core issues and concerns of their orchestra members. Local 802 has now filed charges in order to call DCINY management back to the negotiation table so they can move swiftly towards bargaining a fair contract.

Adam Krauthamer, President of Local 802, told Observer, “These are highly skilled professional musicians and for a very long time they had been helping DCINY get off the ground as an organization that has a unique business model working at the capital of arts and culture in New York City—Carnegie Hall, and they want to seek a fair contract and fair working conditions for the work that they were doing.”

Krauthamer points to the orchestra as being an essential part of what makes DCINY’s business model so successful. Now that their business is built and a proven success, it’s time to give a fair contract to the orchestra. He points to the many other freelance orchestras that perform in Carnegie Hall who do have contracts with 802, such as the New York Pops and Orpheus Chamber Orchestra.

The DCINY orchestra formed its union in 2019 to address their low wages, lack of benefits, and debilitatingly long rehearsal and performance times, along with management’s retaliatory firing practices. Tallie Brunfelt, member of the union negotiating committee, spoke to Observer, describing grueling ten-hour days of rehearsals and performances, with half hour on-call breaks in which performers were not allowed to leave the building. Running out to buy food risked getting caught and not getting hired for the next concert.

Working without a contract and getting paid in a lump sum at the end of a weekend, this physically demanding work came with no overtime pay. Negotiating committee member Andy Blanco told Observer “If any of those rehearsals ran long or if the performance ran long or if our break was cut short or if anything happened to that schedule there was no contract to look at to see well, what are the ramifications of that—oh you get paid overtime or you get paid an extra fee because the concert ran long, there was nothing there.”

According to Adam Krauthamer, DCINY orchestra won their union with an 89% supermajority, even after DCINY engaged in a toxic union busting campaign. The DCINY orchestra won its union in July of 2019, but according to Andy Blanco and Tallie Brunfelt, it took three months after winning their unionization vote to meet for a first bargaining session. DCINY has employed Bryan Cave Leighton Paisner, a costly international law firm, in their union negotiations. Stalling and delaying contract negotiation are typical anti-union tactics, designed to lower the expectations of union members and force them to accept a weak contract or none at all.

DCINY’s lawyer, according to Blanco and Brunfelt, maintains that the pandemic is the reason why there have been so many delays in negotiation. The union is requesting adequate rest time and appropriate COVID safety protocols in their first contract. DCINY’s lawyer maintains that concerts have been delayed before because of the pandemic and may be delayed again, and the company couldn’t possibly bargain over these workplace issues before employees have gone back to work. However, unionized musicians across the city, including the Metropolitan Opera’s orchestra, negotiated contracts before reopening. The union’s negotiators also point to the concerts being advertised on DCINY’s website as coming as soon as March. Potentially, DCINY will attempt to stall negotiations until their production season begins, presuming that its musicians, many of whom have been unemployed or underemployed since the pandemic began, will be desperate enough to return to work under the pre-pandemic status quo.

The union is fighting back by putting pressure on DCINY by filing NLRB charges. Negotiating committee members describe a strong, tightly knit orchestra that’s gone through a lot together over the last decade and is excited for the next mature chapter of their careers to begin. Tallie Brunfelt told Observer, “There’s a culture as students in college, we’re taught take everything that you can, it doesn’t matter what you get paid. You should feel lucky to work, you should feel fortunate that you can make money.” The process of unionization, however, taught the orchestra a new lesson about solidarity. Fighting against a union-busting employer brought the orchestra together and allowed them to see the union as a force that can help stabilize their careers and pave the way for the future. 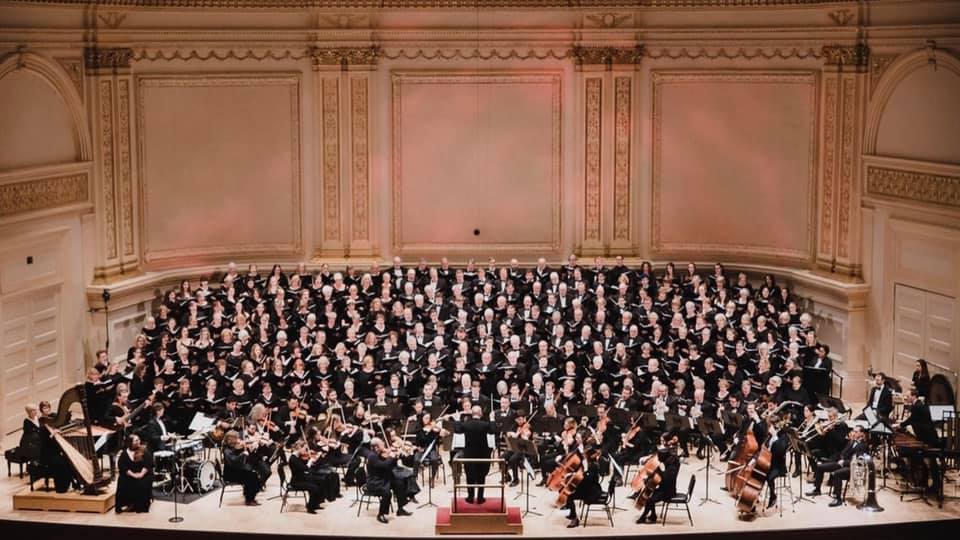