With Halloween over and the chill of autumn officially setting in, we’re in for another round of premieres throughout the month. On one hand, awards season is revving up; on the other, fall television premieres are starting to tumble out into the world. Between those and big releases that are coming out both in theaters and on streaming, there’s a lot to look forward to. So, to help you out a bit, here are some recommendations for the next week.

Actress-turned-director Rebecca Hall creates a small but powerful film with Passing. A black-and-white feature set in 1920s New York City, the movie focuses on two Black women who followed very different paths in life depending on whether or not they have tried to “pass” as white. Tessa Thompson’s Irene, while light-skinned enough to pass in certain situations, has chosen a culturally African American life, residing in Harlem with her Black husband. Ruth Negga’s Clare, with bottle blonde hair, has been passing 24/7, even fooling her vehemently racist white husband. It’s an exceedingly thoughtful film, filled with quiet but poignant drama. Passing premieres on November 10th.

The Harder They Fall

If you want a thrilling new western with a star-studded ensemble cast that includes Jonathan Majors, Idris Elba, and Regina King, then The Harder They Fall is an absolute must-watch. This revisionist western adds to the true story of Nat Love, a man born into slavery who became a famous cowboy in the late 1800s, and turns it into a tale of righteous revenge. With an all-Black cast overflowing with talent, The Harder They Fall promises to be one of the most exciting subversions of the western genre in recent memory—we thought so, at least. The Harder They Fall premiered on November 3rd, and it’s available to stream now.

While it may be niche to tell people to tune into the ongoing ISU Grand Prix series of figure skating events (of which I am an avid follower), it is definitely not niche to recommend that everyone watch I, Tonya. This 2017 mockumentary take on the life and times of figure skating’s most infamous celebrity is equally hilarious and heartbreaking, tracing the titular skater from her humble beginnings to the tragic end of her career. With staggering performances from Margot Robbie, Sebastian Stan, Allison Janney (who won just about every award she could for her role), and breakout Paul Walter Hauser, this is a movie that simply demands to be watched. I, Tonya is available on Hulu now.

The Electrical Life of Louis Wain

For a fantastical take on the traditional biopic, Amazon has the new film The Electrical Life of Louis Wain. The titular Victorian-era artist, played here by Benedict Cumberbatch, was best known for his kitschy and eccentric cat portraits (which actually helped popularize the adoption of cats as pets!). The movie uses his bombastic creativity to turn this story into something visually wondrous. With a sublimely British cast that also includes Claire Foy and Olivia Colman, the film is sure to be the cat’s meow. The Electrical Life of Louis Wain premieres Friday, November 5th.

The second season of HBO’s Love Life takes off in a dazzling new direction, with the new anthology starring The Good Place favorite William Jackson Harper as the newest New Yorker looking for love. This season takes some risks, with Harper’s protagonist Marcus trying to pivot to find love at the tail end of his failing marriage. Plenty of women occupy his life, from SNL’s Punkie Johnson as his sister to the bevy of matches Marcus makes for himself, including Daily Show alum Jessica Williams and (another) SNL star Ego Nwodim. It’s a rom-com series with something for everyone. Love Life Season 2 premiered October 28th, with new batches of episodes rolling out on November 4th and 11th.

Tom Hanks has settled into a pretty solid genre of “dad movies,” from last year’s News of the World and Greyhound to his role as Mr. Rogers to being a Steven Spielberg regular in movies like The Post and Bridge of Spies. This isn’t to knock Tom Hanks, of course—that would simply be evil. Rather, it’s to emphasize how interesting his newest movie, Finch, is; this sci-fi drama takes place in an apocalyptic world, where the last man on Earth “dad movies,” the country with an android that he built and his trusty dog. Finch premieres Friday, November 5th. 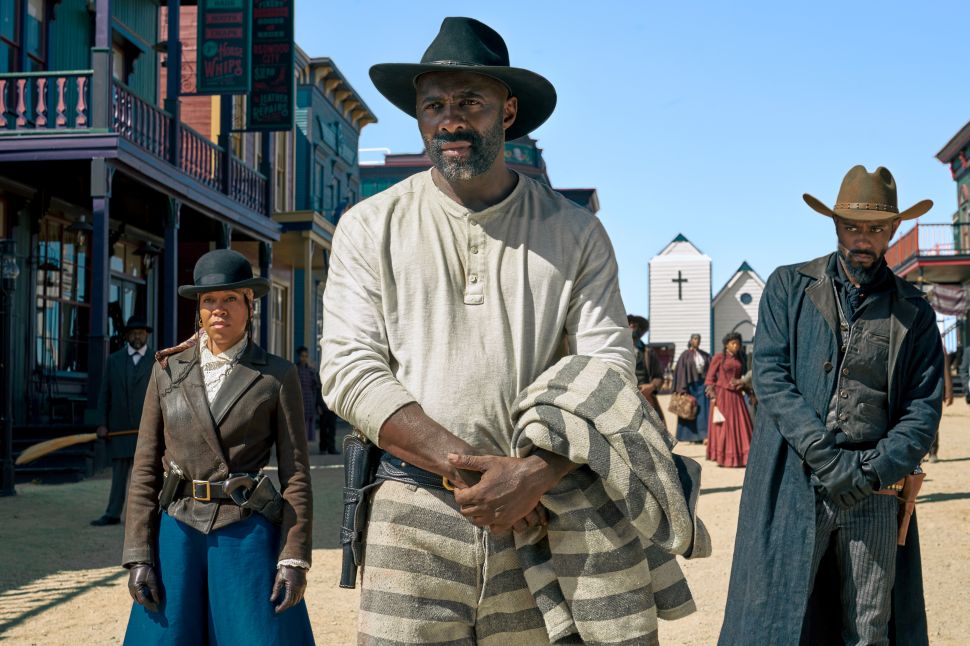