Can you believe the pandemic has been going on long enough for us to see a second season of Tiger King? I certainly can’t. This week has a bevy of new and exciting content to work through, from promising new series to highly anticipated movie premieres. There’s definitely something for everyone here, so read on to get our recommendations for the week.

Netflix’s biggest blockbuster ever is coming to the streaming service this week. Starring Dwayne Johnson, Gal Gadot, and Ryan Reynolds, Red Notice is a globetrotting heist movie and a fun action-comedy to start your weekend with. All three leads have charisma to spare and handle their action sequences with ease, making this an enjoyable caper that calls back to studio fare we don’t see as often in our current superhero climate. Red Notice premieres on Netflix on Friday, November 12th.

The docuseries phenomenon of the pandemic is returning with Season 2 this week, promising to bring all you cool cats and kittens even more feline follies. After Tiger King ignited conversations all over the internet, it was almost inevitable that Netflix would find a way to continue their hit series. The Shakespearean saga is set to continue where it left off, with Joe Exotic now behind bars and struggling to maintain his zoo and his big cats. Tiger King 2 premieres Wednesday, November 17th.

With early reactions to Paul Thomas Anderson’s newest film, Licorice Pizza, coming in strong, it’s great to take a look back at some of the director’s earlier acclaimed work. Luckily, one of his all-time best movies is coming to Hulu this week. In this trippy tale of cults and codependency, Joaquin Phoenix stars as a WWII veteran struggling to find his place in post-war America until he’s taken under the wing of the late Phillip Seymour Hoffman’s Lancaster Dodd. What follows is a disquieting and challenging movie, anchored by performances by stars like Amy Adams, Laura Dern, Jesse Plemons, and Rami Malek. The Master will available to stream starting Tuesday, November 16th.

Beginning just before the 2020 election cycle, Mayor Pete follows candidate Pete Buttigieg on the presidential campaign trail and beyond. Directed by the same team behind last year’s hit Boys State, this documentary takes an up close and personal look at one of the youngest serious contenders for the presidency in recent history. It offers a many-sided view of the candidate (who has now become the first openly gay member of Cabinet as the Secretary of Transportation), including valuable moments from his would-be First Gentleman, Chasten. It’s an interesting look at what it means to be a political candidate in the emerging 20s. Mayor Pete premieres on Friday, November 12th.

The Sex Lives of College Girls

Between Dune, The French Dispatch, and now The Sex Lives of College Girls, fall 2021 has been the season of the Chalamet. This new dramedy created by Mindy Kaling stars Pauline Chalamet, sister of Timothée, in an ensemble of college freshmen working to figure out, well, their sex lives. With Netflix’s Never Have I Ever under her belt, Kaling has proved herself to be a creative whiz when it comes to comedies centered around the lives of young women, making her new offering all the more exciting. The Sex Lives of College Girls’ first two episodes premiere on Thursday, November 18th.

The Shrink Next Door

With Only Murders in the Building and the upcoming The Shrink Next Door, I think it’s safe to say that some of the biggest comic actors of our time love the true crime genre. Based on a podcast that recounted the true story of a manipulative psychiatrist, The Shrink stars Will Ferrell as Marty, an anxious, self-conscious man, and Paul Rudd as Ike, the psychiatrist he gets introduced to. As their relationship progresses, Ike goes from overbearing therapist to a controlling megalomaniac when it comes to his patients. It should be interesting to see Ferrell and Rudd unravel as the series goes on. The Shrink Next Door premieres Friday, November 12th, with new episodes arriving weekly.

What to watch on Crunchyroll:

This new addition to the Blade Runner franchise puts an entirely new spin on the movies. This anime series focuses on a female protagonist named Elle who’s lost her memory and must go to bloody lengths to solve the mysteries of her past. The show features a plethora of talent in its voice cast, including Brian Cox, Samira Wiley, Wes Bentley, Barkhad Abdi, and rising star Jessica Henwick. The show serves as a midpoint between the original Blade Runner and its recent sequel, Blade Runner 2049, taking place in 2032 Los Angeles. The version with English subtitles will be available on Crunchyroll, with the English dub arriving on Adult Swim. Blade Runner: Black Lotus premieres Sunday, November 14th. 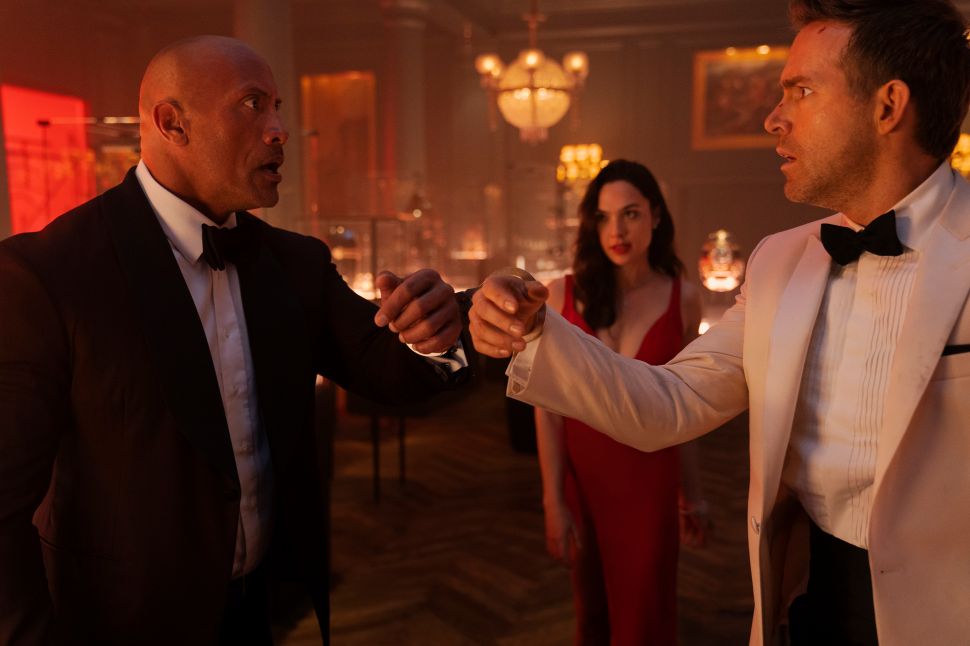