Yellowstone creator Taylor Sheridan is at the center of ViacomCBS’ ambitious small screen strategy after signing a lucrative multi-year pact with the company last year. Given the expensive investment, studio executives must be doing cartwheels after Yellowstone‘s Season 4 premiere Sunday night.

The two-hour debut on the Paramount Network delivered 8.12 million viewers, setting a new live linear high for the Neo-Western. It also set a series high in the advertiser-friendly 18-49 demographic with a 1.56 rating over its premiere. Yellowstone was already one of cable’s biggest hits (and a strong streaming attraction) and its continued growth arrives just as Sheridan is set to deliver six new series to ViacomCBS’ streaming service Paramount+. The Jeremy Renner-led Mayor of Kingstown, which explores the American prison system, debuts Sunday, November 14, while Yellowstone prequel series 1883 will premiere next month.

Branded intellectual property continues to appreciate in value for Hollywood. Here, ViacomCBS identified the opportunity to build a bigger world from its brightest TV hit, although Sheridan views his upcoming slate as less of a shared universe and more as a similar narrative pull.

“I think there are themes that interest me as a storyteller, whether that is the gentrification of the West, for lack of a better term, or whether it is the failure of our penal system,” he told the Los Angeles Times. “I have a show we’re going to do about the oil industry and how it functions [called Land Man]. I’m a big believer in acting as a mirror and showing the world as it functions as accurately as I can, warts and all, so that people can make their own decisions about what they think about that world and our place in it.”

ViacomCBS’ aggressive push into Sheridan’s creative landscape is necessary at least in part because Paramount+ has yet to benefit from Yellowstone. Due to a licensing agreement reached before the service launched, the first three seasons of the Kevin Costner-led drama are streaming on rival Peacock while the fourth season airs linearly on Paramount Network and digitally on ParamountNetwork.com. It’s a costly misstep as ViacomCBS attempts to grow its direct-to-consumer business, which totaled nearly 47 million global subscribers in the most recent quarter.

ViacomCBS may be collecting lucrative licensing revenue as it lends content to competitors, but the short-term thinking undercuts its own streaming ambitions. If you look at corporate demand share (which measures audience demand for each parent company’s original content across platforms), ViacomCBS is in second place with American audiences, behind only Disney, according to data firm Parrot Analytics. Parrot Analytics sifts through social media, fan ratings, and piracy data to represent audience demand.

Conversely, when comparing on-platform demand share in the U.S. for Q3, Paramount+ is in just fifth place with 8 percent. It stands behind competitors such as Amazon Prime Video (9.5 percent), HBO Max (11.3 percent), Hulu (19.1 percent) and Netflix (21.3 percent). And whenever Disney+ launches a new live action Marvel or Star Wars series, it also jumps ahead of the platform. The disparity is a result of selling of attractive content to rivals rather than keeping it in-house. It reflects the parent company’s desire to straddle both the old media model and the new streaming world.

The return of the NFL in Q3 helped Paramount+ earn 14 percent of gross subscriber additions—which includes the total number of new paid subscribers—in the U.S. premium streaming-video on demand market, according to transactional data firm Antenna. But despite this surge, the service remains one of the smaller domestic players among premium services.

Sheridan concedes that his ideas, particularly for 1883, are “not cheap.” He constructs his TV shows as 10-hour movies complete with ambitious locations that aren’t “conducive to the standard pattern budget.” Across at least half a dozen series, ViacomCBS is likely funneling hundreds of millions of dollars into his work alone.

But jockeying for position among the Hollywood heavyweights is an expensive endeavor. If Paramount+ wants to rise up the ranks and not merely exist a tool to better position ViacomCBS to sell, these costly power moves are what’s required. Based on the growing success of Yellowstone, the gamble could pay off. 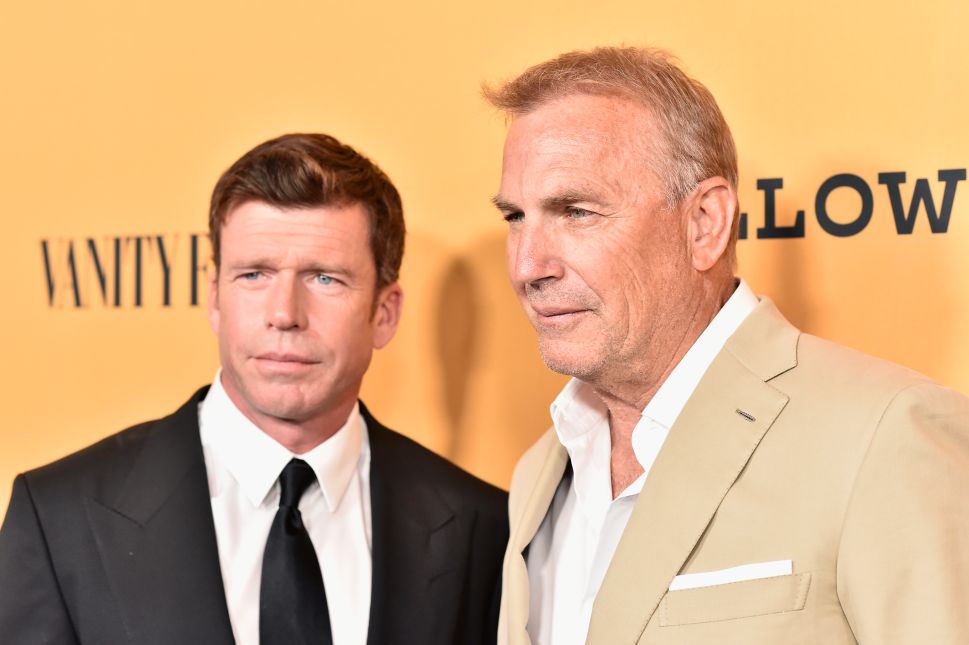