This week, it became abundantly clear that nationwide abortion rights are extremely vulnerable to being overturned, kicking off a flurry of rage and dissenting voices on either side of the debate. Additionally, this week’s conversation about the rights women have to bodily autonomy also evidently prompted the creation of an NFT for sale on OpenSea called CryptoCvnt #34. Created by the CryptoCvnts in protest of unconstitutional abortion bans, the NFT, even for the uncanny valley of online digital art, is pretty jarring: it shows a pixelated Ruth Bader Ginsburg figure wearing a crown, green earrings and a pair of black glasses, but Ginsburg happens to have a very realistic vagina for a head.

RBG arguably did more for women's rights in the US than any other American. Today, these rights are being challenged in the same #SCOTUS on which she served.

73% of proceeds from this 1/1 CryptoCvnt NFT auction will be donated to defend 1973's #RoeVWade https://t.co/JZBrk0gCUT

“RBG arguably did more for women’s rights in the US than any other American,” the CryptoCvnts said in a tweet. “Today, these rights are being challenged in the same #SCOTUS on which she served. 73% of proceeds from this 1/1 CryptoCvnt NFT auction will be donated to defend 1973’s #RoeVWade.” Ironically, however, its also very arguable that Ginsburg’s refusal to step down from her position on the Supreme Court, therefore rejecting the chance for Obama to nominate her successor, made a Conservative Supreme Court takeover possible and led the nation to the very tenuous position it now finds itself in when it comes to women’s rights.

The CryptoCvnts are also selling many other vaginal NFTs: in one, a vagina is smoking a cigarette in front of a LGBTQ flag. In another, a sophisticated vagina is wearing gold sunglasses and pink lipstick.

This CryptoCvnt is but one technological element that’s recently arisen the ongoing bodily debate about abortion: this week, Planned Parenthood also reported that a ransomware attack had compromised information for 400,000 of its patients, illustrating just how many battlefields the war against women’s rights are fought on.

Of course, for those unwilling to play the crypto game yet want to directly support abortion access they can donate here. 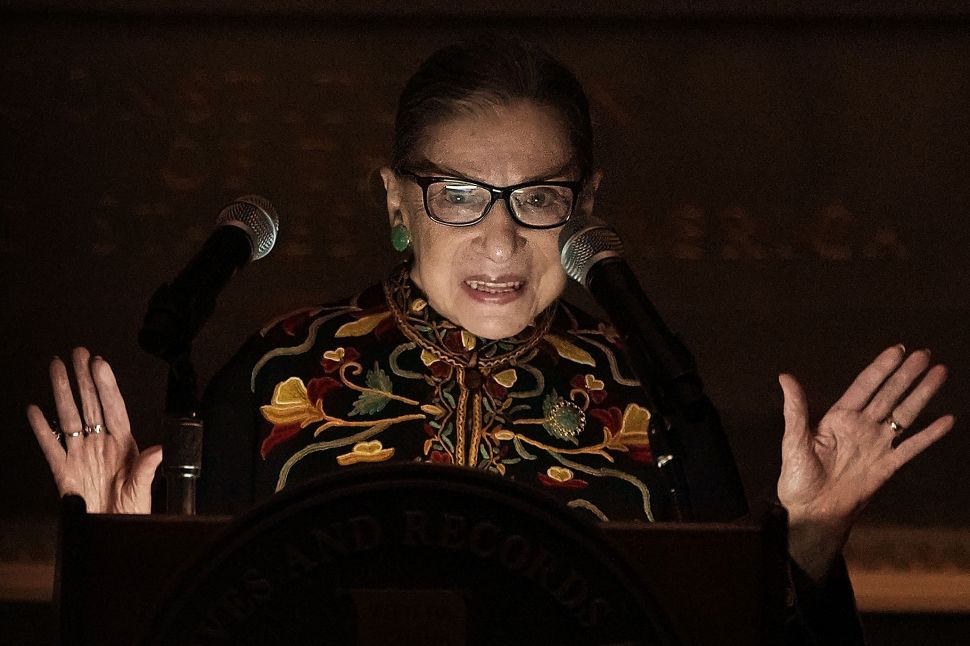