Stiff competition has broken out for the right to manipulate or make use of Confederate statuary being cast aside in Virginia: as of Thursday, reports are coming to the fore that say its likely that a statue of Thomas “Stonewall” Jackson could be headed to an exhibition at the Museum of Contemporary Art in Los Angeles planned for 2022. On Tuesday, reports emerged that officials in Charlottesville, Virginia have arranged for a controversial statue of the Confederate general Robert E. Lee to be donated to the Jefferson School African American Heritage Center.

Strikingly, the Heritage Center plans to melt the Robert E. Lee statue down and transform it into a new work of art; the decision comes after the statue was approved for removal in early September and actually taken down days later. As for the Stonewall Jackson statue, it’s desired by the nonprofit art space LAXART, which wants to display the state as part of an exhibition that’s being co-curated by director Hamza Walker and MacArthur grant-decorated artist Kara Walker.

LAXART has also sought to include a statue of adamant slavery defender John C. Calhoun in the exhibition. Ever since the killing of George Floyd and the protests that followed, Confederate statuary has been a continual hot-button issue as individual states reckon with their slavery-laced legacies, and squabble over what to do with physical embodiments of a past that’s so deeply informed the turbulent present.

The artist Kehinde Wiley doesn’t believe the statues should be destroyed. “We need a hall of horrors,” the artist said in August. “You don’t have to melt it all down but create a space where we see our terrible past. It’s less about should it be in existence but should it be deified. Take it off the stage and put it back where it belongs.” 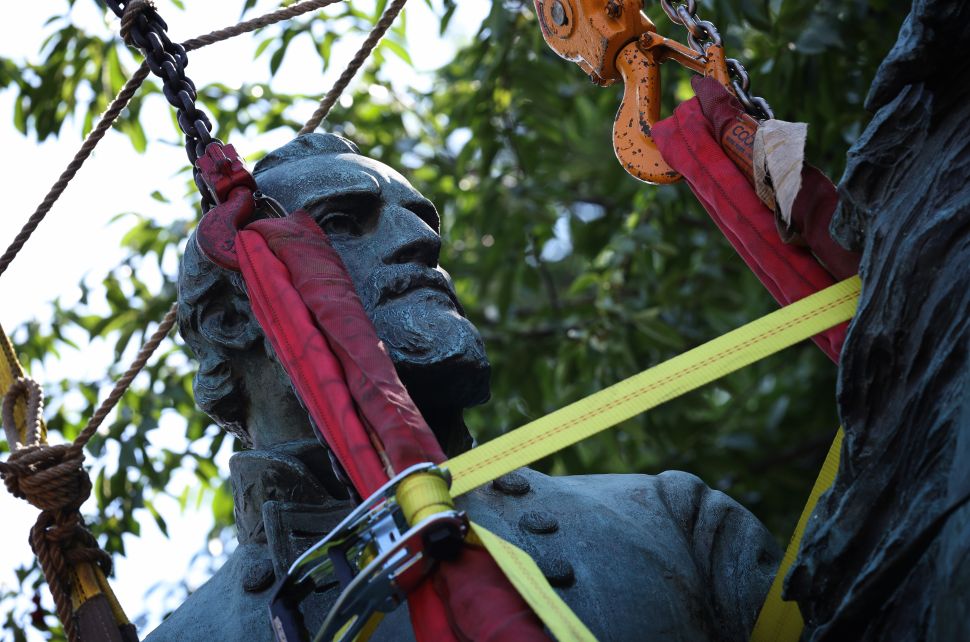