What will the Apple Car look like? The question has fascinated Apple fans as much as electric vehicle enthusiasts ever since the rumor started. The latest vision for the world’s first electric autonomous car made by Apple is conjured by British vehicle leasing company Vanarama, which draws inspiration from existing Apple products and patents the company recently filed.

Vanarama’s 3D concept render envisions the future Apple car as a sleek coupe SUV, which aligns with automotive trends, the company said. The exterior sports Apple’s signature frosted white finish, a color scheme seen in a wide array of Apple products since the iPhone 4 launch in 2010. The front features a mesh-like grille, inspired by the MacBook Pro’s circular vents.

Unlike previous reports suggesting that the fully autonomous Apple car may not have a steering wheel, Vanarama’s rendering of the car’s interior does show a steering wheel, with built-in Siri, which is based on an Apple patent for an “intelligent automated assistant.” 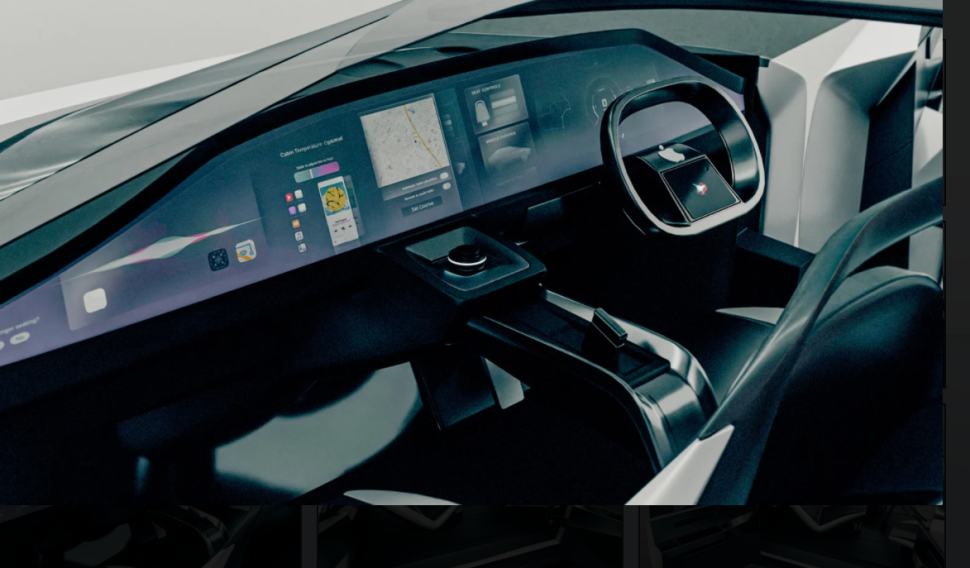 In front of the steering wheel is a giant door-to-door touch screen that contains a navigation map, entertainment console, driver’s information and A/C control. The design is based on two Apple patents: one for “customizable dashboard” and the other for “seamless display.”

The 3D concept also features coach doors, designed to allow easier passenger movement and loading, and scooped windows to increase headroom. The doors are equipped with retractable handles that resemble iPhone side buttons. 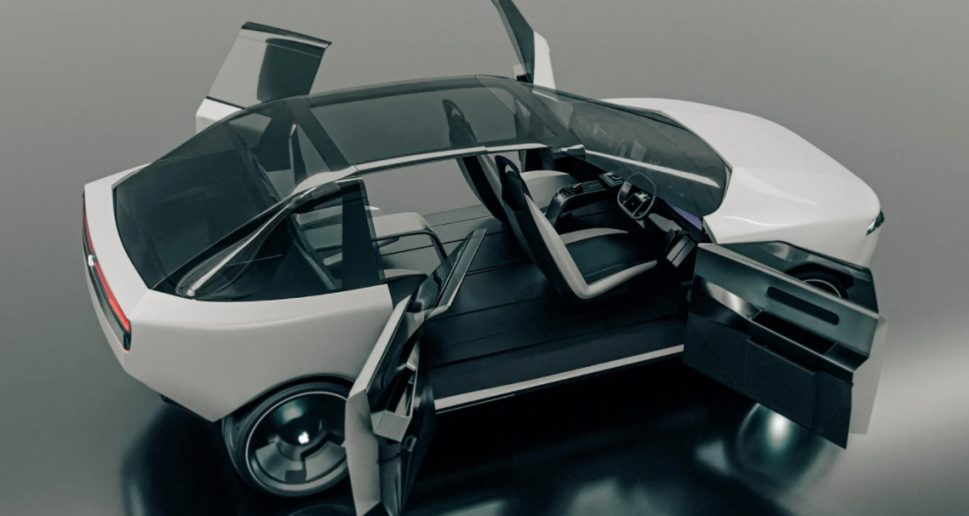 Last month, inside sources told Bloomberg that the Apple car’s interior would have a living room-style area that looks like a prototype made by Angeles-based lifestyle EV startup Canoo.

In Vanarama’s rendering, the passenger seats do not look much different than those in a regular car, except that the seats can fully rotate to transform the space into a lounge setup. The rotation feature is also based on an Apple patent. 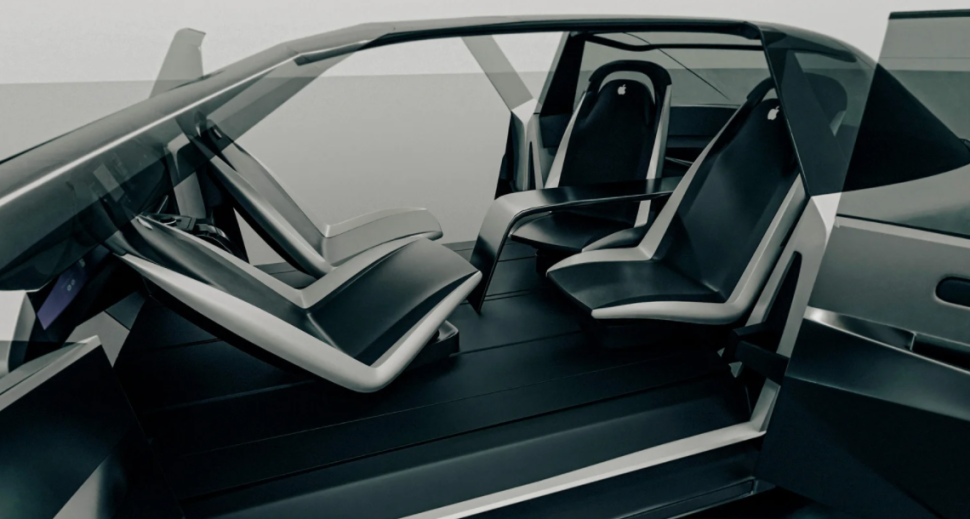 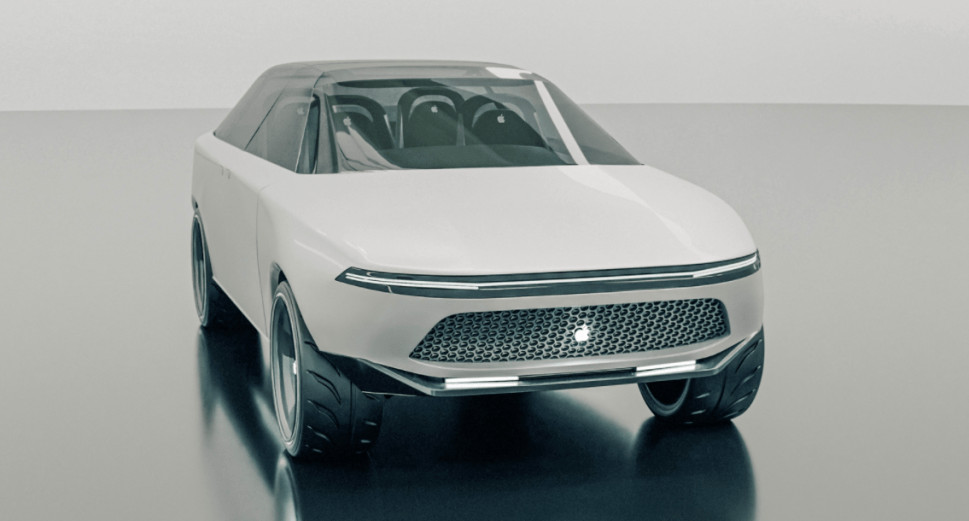