In its fourth season Cobra Kai reaffirms its commitment to the very first lesson of Miyagi-Do: circular motions. Every season has followed a similar circular pattern, repeating most of the same beats while changing just enough to keep the story fresh. Season four remains as good as ever and shows why the story keeps repeating itself: it is all about the struggle to move on from the past. Think of season 4 as the Rebuild of Evangelion of the Cobra Kai franchise, a repeating narrative about flawed people who make the same mistakes over and over but still get back up and try to move forward. Like the final Evangelion movie, this season of Cobra Kai delivers a dark, thrilling, complex, and funny end to the franchise, even if it opens the door to more stories.

The season picks up right after season 3, with Daniel LaRusso (Ralph Macchio) and Johnny Lawrence (William Zabka) deciding to join their dojos and become allies to stop Cobra Kai from taking over the Valley. Of course, bitter rivals turning into bitter allies is easier said than done. The best part of the season, as it’s been since the beginning, is seeing the dynamic between Johnny and Daniel, with Zabka and Macchio continuing to show their chemistry as an old married couple who can’t stand one another but still cannot be apart. As well as they know one another, they are too stubborn to realize that they only know part of each other, or try to see things from the other’s side. The two actors do get some action time on the mat, and they still have some moves left, with fantastic fight choreography and stunt work, including giving fans an answer to who would win in a rematch fight once and for all.

In response to this uneasy new alliance Cobra Kai brings back yet another villain from the movies, Thomas Ian Griffith’s Terry Silver from The Karate Kid: Part III. The ponytailed heavy adds the right amount of over-the-top mania and psychopathy to the show without derailing its tone, and Griffith steps into the role like no time had passed since the ’80s. He’s capable of both terrifying and charming you at the same time, offering a nice distinction from Martin Kove’s rough, no-nonsense John Kreese. Indeed, Silver laces the show with  a higher sense of danger than previous seasons. Sure, Cobra Kai has seen dangerous things before—season 3 was essentially about a teenage gang war—but with Silver on board, things get darker and more personal.

But enough about the adults, what about the younger cast? As always, Cobra Kai makes it clear that it is up to the younger generation to be better than the older one, as the theme of balance carries on from Johnny and Daniel to their protegees: Samantha (Mary Mouser), Miguel (Xolo Maridueña) and the prodigal son Robby (Tanner Buchanan). Despite a healthy dose of fan service, the show shines just as brightly when following the next generation and their attempts to break free from the cycle of hatred and violence, despite their parents’ best efforts to the contrary. Buchanan, in particular, does a great job showing Robby’s inner struggles and emotional conflict of wanting to escape from his dad and Daniel, yet finding himself drawn to them. The season also brings in Dallas Dupree Young as Kenny, a kid who finds himself in a repeat of the story of the original Karate Kid film, but with a few surprising changes that both hint at the future of Cobra Kai and pay off the themes of the show and the cyclical nature of the story.

While other seasons have focused more heavily on Johnny’s story, season 4 of Cobra Kai is all about Daniel’s confrontation with his darker side from Part III, as he finds he is willing to cross certain lines if it means achieving his goals, and Macchio delivers arguably his best performance in the role yet, effortlessly going back and forth between the calm, zen Daniel from this show, and the angry teenager of Part III. By the time the All Valley Karate tournament begins, the show gives us not only its fight choreography but also some of its darkest moments, with characters breaking boundaries they can’t go back from. In many ways, this season feels like a finale, as it closes plot threads and brings closure to character arcs not only from this show, but from the 40-year-old franchise. But it’s clear that history keeps repeating itself, and there are enough seeds planted this season to make for an exciting season 5.

Season four of ‘Cobra Kai’ is available on Netflix on December 31st. 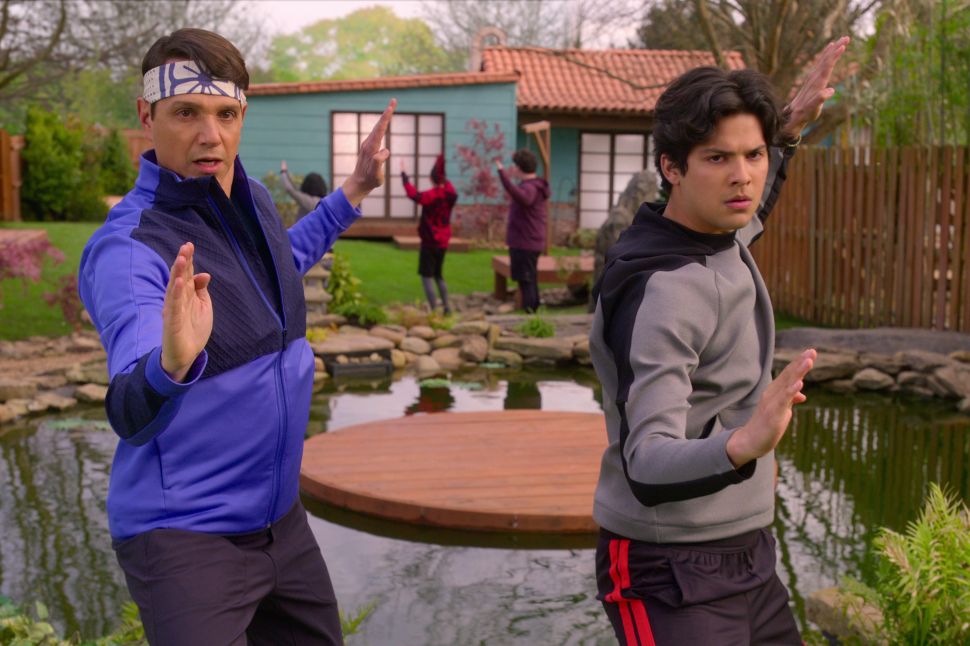