In just a week, the omicron variant of COVID-19 has spread to more than a dozen countries across all five continents, sending coronavirus-focused drugmakers into a scramble to study the new strain’s impact on their therapies, many of which are still in clinical study.

Shortly after the omicron variant was detected in South Africa over the Thanksgiving weekend, manufacturers of COVID-19 drugs from intravenous therapy to oral pills began computer modeling using the variant’s genomic information and conducting lab tests with pseudoviruses to determine how well their products may work in patients infected by the new strain.

Here’s what they have found so far based on early studies:

Merck hasn’t done any specific research on its antiviral pill molnupiravir‘s  effect against omicron, but said the oral treatment is likely to work based on its mechanism of action and available genomic information about the new variant.

Molnupiravir has previously been found effective against the gamma, delta and mu variants of COVID-19. The drug was submitted to the FDA in October for emergency use authorization. On Monday, the FDA’s Antimicrobial Drugs Advisory Committee narrowly voted to recommend it for use in high-risk patients.

Gilead’s intravenous therapy veklury, also known as remdesivir, is currently the only FDA-authorized treatment for COVID-19. The company said on Wednesday remdesivir is effective against omicron after analyzing more than 200 available sequences of the variant. Gilead has found no new mutations present in the strain that could alter the viral RNA polymerase compared to previous COVID-19 variants.

“Veklury’s antiviral activity has been confirmed in vitro against all major previously identified variants of SARS-CoV-2 including Alpha, Beta, Gamma, Delta, and Epsilon,” Gilead said in a statement Wednesday. “Due to the similarities in the viral RNA polymerase, these laboratory findings suggest that Veklury will also continue to be active against the Omicron variant and Gilead will conduct laboratory testing to confirm this analysis.”

GlaxoSmithKline said Thursday its sotrovimab antibody cocktail, marketed as Xevudy, is effective against omicron, based on results of lab tests with pseudoviruses that were bio-engineered to carry some of the same mutations as the omicron variant.

The British drugmaker said a study on hamsters have demonstrated the sotrovimab is effective against pseudoviruses tested so far. More updates are expected to come by the end of the year.

On Thursday, Britain’s drug regulator approved sotrovimab for emergency use in patients with mild to moderate COVID-19 symptoms and who are at high risk of developing severe disease. The scope of authorization is similar to what the FDA advisory committee recommended for Merck’s molnupiravir.

Regeneron makes a similar monoclonal antibody cocktail called REGEN-COV. However, the drugmaker said on Tuesday the therapy may show reduced efficacy against omicron, based on lab tests and computer modeling.

Regeneron is doing further study to quantify the potential impact using omicron’s genetic sequence. “Just like vaccines will have to adapt, we’re probably going to have to constantly adapt our monoclonals,” CEO Len Schleifer said in a CNBC interview on Tuesday.

Eli Lilly is another maker of COVID-19 antibody treatment, a combination of etesevimab and bamlanivimab, hasn’t released any official findings. The company is still working to understand the impact of the omicron, according to Reuters, after outside scientists said it wasn’t as effective against the new variant.

Besides its popular COVID-19 vaccine, Pfizer also has a COVID pill in the works called PF-07321332. Pfizer CEO Albert Bourla said Monday he expects the oral treatment to be effective against omicron.

“It was designed with the fact that most mutations are coming in the spikes,” Bourla said on CNBC’s “Squawk Box.” “That gives me very high level of confidence that…our oral treatment will not be affected by this virus.”

All COVID-19 variants identified so far show mutations at different locations in the virus’ spike protein, the target for all neutralizing antibodies. 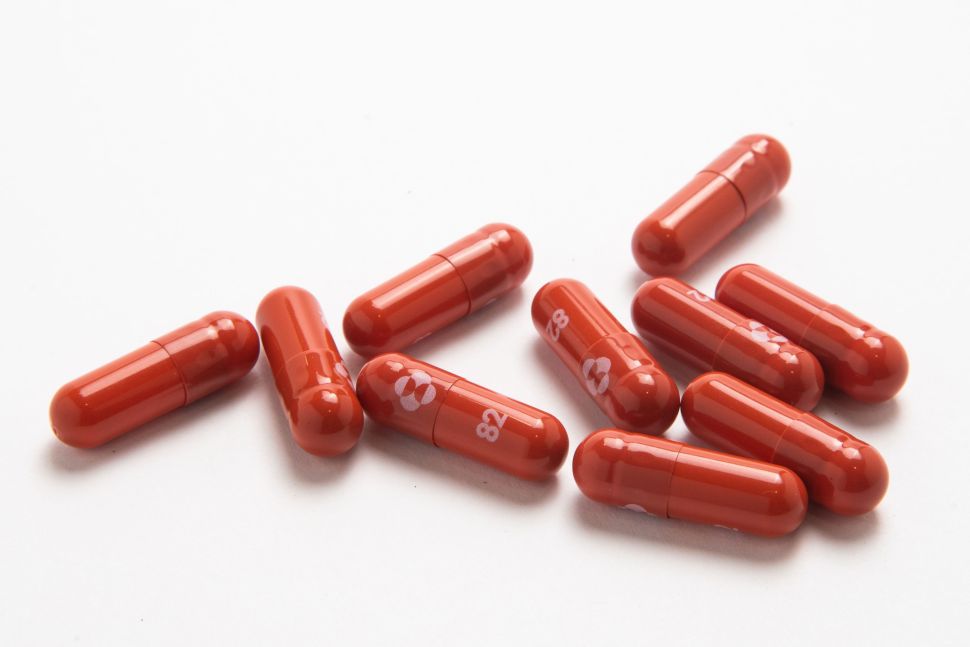