From dispatches on the ground, it’s more than evident that this year, Art Basel Miami Beach has been as chaotic, joyful, layered and semi-exhausting as it’s always been, despite the fact that the art world (and everyone else) is coming out of a still-ongoing pandemic. Many interesting events have already taken place, including an Artists Rights Society talk about NFTs and an Azealia Banks concert where, in order to gain entry, you had to present a crypto-wallet containing, at minimum, five tokens of the Friends With Benefits cryptocurrency. However, as the weekend draws to a close, there are still a number of fascinating happenings that have yet to take place.

On Friday night, Synergy Miami Art Basel is throwing a party hosted by Vika Costa featuring live NFT projections and neon art. On Saturday morning, from 10am till noon, the Coral Gables Museum will also be throwing a small brunch in order to celebrate the first museum retrospective for the artist Julio Larraz. The exhibition, entitled “Julio Larraz; The Kingdom We Carry Inside,” was curated by Yuneikys Villalonga and is currently on view at the museum.

Also on Saturday, December 4, in collaboration with Fringe Projects Miami, the Miami-born Haitian artist Kathia St. Hilaire will unveil her first public art commission, The Pilgrimage of the Soul, at 148 East Flagler street in downtown Miami. St. Hilaire’s piece consists of a 20 x 30 foot mural, and her work is very deeply rooted in the religion Haitian Vodon. On December 4, the multi-arts platform Pigment International will be hosting a conversation with the artist Gerald Griffin; it’s planned that Griffin will discuss the sculptures of former President Barack Obama and Vice President Kamala Harris that he recently created.

On December 5, Miami’s Historic D.A. Dorsey House Museum will also be hosting an exhibit called “In Motion: The African American Migration Experience” that was originally exhibited in 2006 in partnership with the New York Public Library. The same day, Miami’s Cultural Center will premiere the Zeek Mathias short film I Love You In My Silence, which addresses the notion of self-sacrifice: what if you had a chance to meet the love of your life, but only if you first passed through a portal representing death?

Also on December 5, the live-streamed, 12th Annual Art Basel Panel Discussion will feature panelists including Gus Casely Hayford, the Director of the Victoria and Albert Museum, and Helina Mataferia, an Ethiopian American artist and a Associate Professor of Art History at Brown University; the topic of the panel discussion is the evolution of contemporary African Diaspora Art in the era of COVID-19 and the evolution of the Black Art Market in 2021.

Also over the weekend, it’s always possible to check out the thousands of square feet of murals in the Wynwood Arts District, or else to visit the Museum of Graffiti Beachside exhibit at the Confidante Miami Beach.

For anyone who’s not on the ground at Basel and who’s been watching the festivities from afar, it’s clear that the shenanigans are just as acutely ridiculous as ever; it’s also clear that as NFTs and crypto collectors become increasingly omnipresent, things will be likely to change permanently. Who knows: in a couple of years, it may be the case that entire exhibition halls and conferences at Art Basel will be devoted to whatever cryptocurrency is invented after Dogecoin. 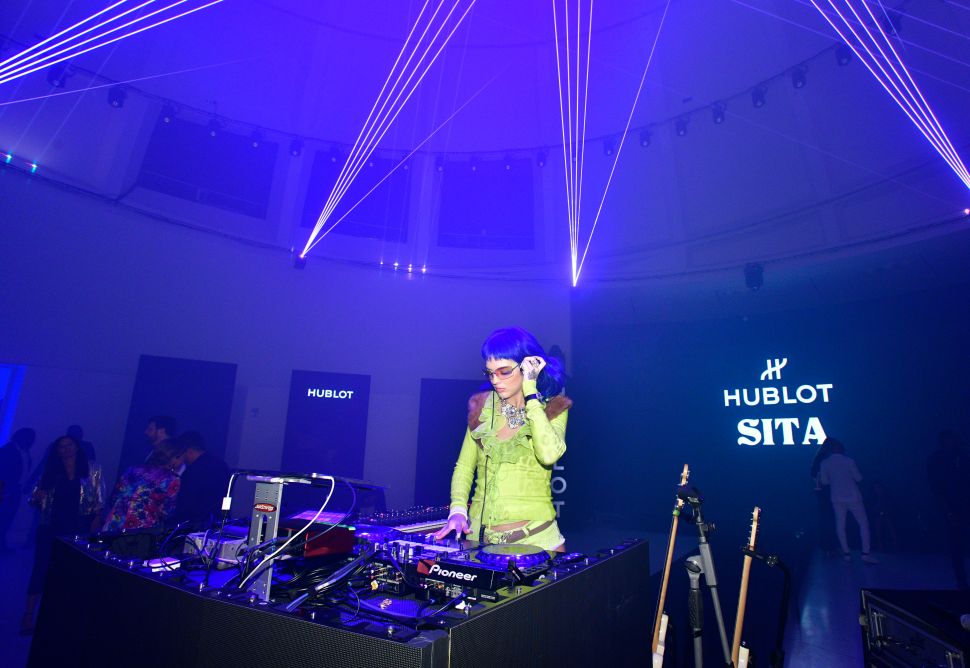