Playing at Film Forum from December 17 – 30, Federico Fellini’s Nights of Cabiria may be one of the most beloved films about a sex worker ever made. Released in 1957, its complex and nuanced portrayal of a sex worker was indeed courageous for its time. Cabiria (played by the masterful actress Giulietta Masina, who was also married to Fellini) is a whore with hopes and aspirations, dreams and desires, and true tragedy in every form. So Fellini was brave, yet perhaps not brave enough.

Nights of Cabiria begins with our protagonist being pushed into the sewage river by her lover of one month, nearly dying, and still wondering “Why? I gave him everything!” It ends in nearly parallel circumstances, with her White Knight husband snatching all of the hard-earned money that, as she says, she has “taken beatings for.” Cabiria spends the entire film coming to grips with the impact her choices—or the choices forced on her by society and poverty—have had on her life. The state, the church, every aspect of Italian society tell her it’s her duty to find a husband. But for the fallen woman there is no happy ending; in Fellini’s eyes, the most redemption a whore can hope for is that they are able to live with themselves.

Which Cabiria, to be clear, can barely. This is seen in her relationship with another sex worker, Wanda. There are many whores in the film—friends, co-workers, even frenemies—but when Cabiria believes she is heading to her dream life of matrimonial peace with an accountant named Oscar, Wanda is the one helping her pack up her home and saying goodbye tearfully at the bus stop. She points out to Cabiria that despite her engagement, Wanda has never met her fiance. Cabiria quickly exclaims that she can’t introduce him to anyone from her old life. Her own shame and internalized whorephobia keep her from really seeing the people who have loved her and held her down, other whores.

Instead, she chases a dream of societal respect in the form of Oscar, who only becomes convinced she is the one after a weird magic performance in which a charlatan declares Cabiria’s future love will be named Oscar. Red flags abound with Oscar, despite his seeming kindness. He emphasizes time and time again that he doesn’t care nor does he want to know what Cabiria did before they met one another. This may seem very loving, yet behind it lies the fact that deep down Oscar knows that if he truly heard Cabiria admit to her sins and past work, he could never see her the same way again.

The fallen woman as a protagonist was a popular move in the ‘50s. Consider Max Ophüls’s Lola Montès, released in 1955, and based on the life of Lola Montez played by Martine Carol, whose relationship with Bavaria’s King Ludwig tore that country apart. Lola Montès arguably is also a film about whorephobia and how it limits every woman in the public eye to be marked and defined by their whoredom forever; however, at least in Lola Montès the protagonist does find love. Even if the love doesn’t last, it isn’t because her lover couldn’t handle her life as a whore. If anything, he loves her even more for this. The only reason Lola ends up without her lover in the end, at least according to Ophüls telling of Montez’s life, is society’s whorephobia. His kingdom could not handle its king being influenced by a whore.

In Nights of Cabiria, Cabiria herself could not handle her own lived experience. She reeks of shame. She begs the Virgin Madonna for help in changing her life, tears in her eyes as she kisses the altar. If she’d had less shame, she could have told Oscar before they were married. She could have found out he couldn’t handle it and kept herself from heartbreak. Instead, she believes it is possible to throw away her old life and she believes wrongly that once married, her husband would accept even her sins.

Nights of Cabiria is a cinematic masterpiece, gorgeous throughout. Giuletta Masina is a masterful actress who brings life and sorrow to the character. There is no doubt that Fellini sees humanity in whores; however, there is also no doubt that while fascinated by whores, Fellini also expects them to embrace shame. Fellini could not have made Lola Montès, just as Ophüls would not have made Nights of Cabiria. Both films deal directly with sex workers, yet Lola Montès recognizes whores as powerful yet hated in society while Nights of Cabiria views whores as wretched yet still having value due to their humanity. Nights of Cabiria focuses on a worker that works the streets, while Lola Montès follows the life of courtesan Lola Montez, who had both fame and power. The difference in class cannot be dismissed, yet even in Lola Montès it’s not acceptance Lola finds, it’s fetishization, which is often the case for whores privileged enough to be seen as glamorous instead of disdained. As for Cabiria, she is aware of her spot in life and desires so much more yet never really believes such things would come to her.

This of course makes the loss of love at the end of Nights of Cabiria that much more devastating, and this is where Fellini is not brave enough. He does not believe that someone like Oscar could find out about her whoring and still find her worth loving. Wanda does try to ask Cabiria if her new beau Oscar is aware of her work. She claims initially that he is, which is a lie. This is the beginning of her double life, between the civilian and the whore world. The movie rests on the balance of Cabiria’s shame and her self-acceptance. This is the beauty of Nights of Cabiria, though. Even if Cabiria does not find love, she walks in the woods with strangers who do not know her past and can know her anew. She is able to begin again, which in the 1950s might have been the closest a whore could have to a happy ending. 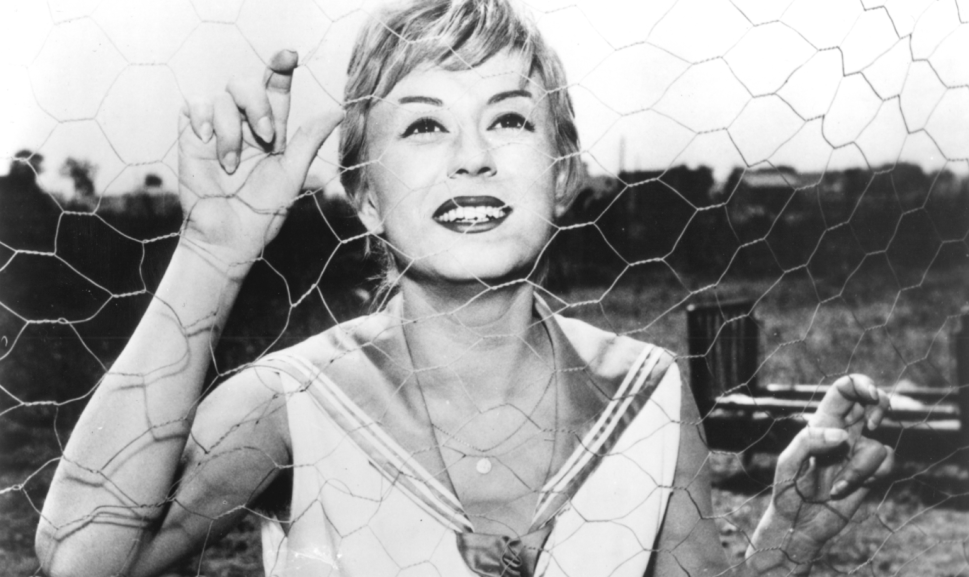