When any movie comes along as compelling, alluring, luridly fascinating, gorgeously photographed and uniquely original as Guillermo del Toro’s Nightmare Alley, attention must be paid. It’s too long, too uneven in some places, too slow in others, and too flawed to be a masterpiece, but even with its drawbacks I could not take my eyes off the screen. I suggest you see it, experience its lush style and creepy effects, and judge for yourself.

This is an elaborate remake of a 1947 Tyrone Power movie one year after he made a dramatic career change with The Razor’s Edge and wanted to continue with more substantial fare than the popular but vacuous swashbucklers that made him a box office sensation. In Nightmare Alley, the surprise success he enjoyed from The Razor’s Edge was not repeated. Critics and Tyrone Power fans did not react favorably to the screen idol in the morbid role of Stan Carlisle, a charming but reprehensible heel in a traveling carnival who comes up with a cruel and nefarious scheme to cheat, bilk and ruin lives with a contrived pretense to spiritual and metaphysical powers, then meets his own downfall at the hands of a glamorous but wicked psychiatrist who is an even smarter swindler than he is.  The film was too cynical for movie audiences weaned on harmless entertainments in the 1940s. But in the ensuing years, Nightmare Alley developed cult status, playing to sold-out art house crowds. It is now considered one of Tyrone Power’s greatest triumphs.

Originally filmed in modest black and white, the narrative pulls out all the stops under del Toro’s supervision. The seedy but colorful ambience of the carnival is elaborated to embrace a multitude of visual styles, from the gaudy underbelly of showbiz decadence to the opulent splendor of chic New York supper clubs and expensive penthouses. When the carny’s lowest form of human depravity, called The Geek, bites the head off live chickens, real blood runs hot from his tongue. And there is nary a wasted moment during the action sequences.

Del Toro grabs you from the opening scene: a much battered and dissipated Stan drags a body across the room of an empty cabin, dumps it into a hole in the floor, and sets the house on fire. (The impact sets up the horrors to come, but it stirs more emotion than logic; I may have missed something, because even though the scene is repeated often I was never sure who lived in that cabin, or why.)  Anyway, Stan walks across the deserted American heartland and finds his way into the traveling tent show replete with carnival freaks of every gruesome depiction and a cast of characters played by a wonderful supporting cast.

Carlisle was always a juicy role for Tyrone Power; now with added sex, nudity and sundry political agendas, it doubles the thrills for Bradley Cooper, who sinks his teeth into the part like it was steak tartare and he was eating for two. In the role originally played to perfection by the great Joan Blondell, Toni Collette is now the mind reader called Madame Zeena, whose alcoholic husband Pete (David Strathairn) shares her act reading tarot cards and reading minds.

When Pete dies from drinking wood alcohol, Stan steals the secrets of the act, quits his job as a barker, and leaves the carnival with an innocent bit player named Molly (Rooney Mara). In two years they turn the phony act, which consists of secret combinations of words and numbers, into a sensation in swank supper clubs and theaters. He finally meets his match in the ruthless, diabolical doctor (named, would you believe it, Lilith!) played with cold seductiveness by Cate Blanchett, who proposes a more dangerous and ultimately lethal game of trickery and treachery than Stan, providing him with intimate details of her rich and powerful patients’ lives.

The ultimate con that will make Stan rich forever backfires in a colossal snafu that leads him to self-destruction. From this moment forward, the movie falls apart as del Toro drags in scenes that are both irrelevant and confusing. There’s a shocking finale and a brilliant closing line I will not be cad enough to reveal, but by then the damage has already been done.

I didn’t read the novel by William Lindsay Gresham on which both films of Nightmare Alley were based, but I’m assuming the crazy stuff that did not appear in the 1947 version are scenes from the book that were deleted to make a tighter, more cohesive screenplay. In basic outline, most of the salient facts in the 1947 film, which was written by Jules Furthman and directed by the underrated Edmund Goulding, have been telescoped into this new version, but the newly added scenes only turn a penetrating thriller into a display of paralyzing confusion. There’s that burning house, and something about the true identity of Dr. Lilith, who may or may not be the missing Madame Zeena. Huh? 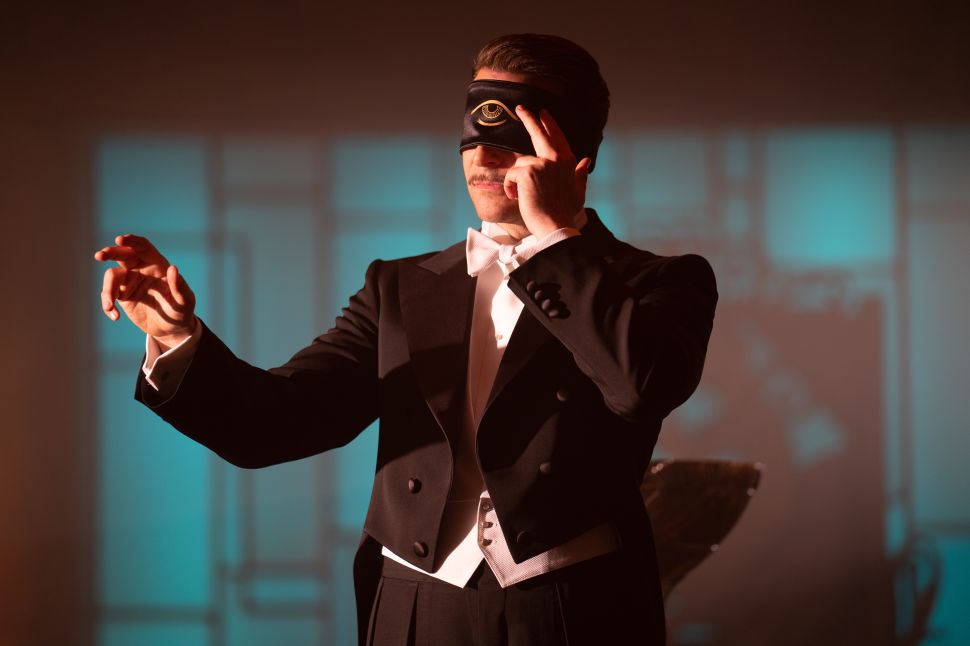