Falling in step with several other museums that are pursuing the return of looted artifacts in their collections to their countries of origin, Hamburg’s ethnological museum is planning to give 179 artifacts from Benin back to Nigeria in 2022. This Hamburg museum’s collection of Benin objects is robust, and includes day-to-day artifacts as well as grand sculptures of royals. Germany initiated accelerated talks to return many of the Benin objects housed in the country to Nigeria in March of this year, and Germany and Nigeria signed a letter of intent finalizing the return of over 1,000 Benin bronzes to Nigeria in October.

Also in accordance with a practice many other museums also seem to be following, the Hamburg ethnological museum will also be putting the items they’re returning on display in an exhibition before actually giving them back. In October, the Musée du quai Branly in Paris announced their intent to return 26 items, including a ceremonial hatchet and royal throne, to Benin, but not before staging a final exhibition to showcase the items within their institution.

Museums do this for a number of reasons. Oftentimes, it’s to re-contextualize and explain to audiences just how much institutional thinking has changed in terms of Benin artifact retention in just a few years. In 2018, the Hamburg’s ethnological museum inherited three items from the Kingdom of Benin from the Hamburg Museum für Kunst und Gewerbe; the ethnological museum was charged with providing “the necessary framework for further research into the origin of the bronzes as well as transnational communication with Nigeria and the royal dynasty” by the former museum. Although the museums had begun to really reckon with the issues associated with retaining Benin objects at the time, conventional thinking was still that it was unclear whether the objects should be returned to their country of origin as quickly as possible.

“We are really showing everything we have,” Barbara Plankensteiner, the director of the Museum am Rothenbaum Kulturen und Künste der Welt, said while explaining why the Nigerian artifacts were being displayed before being sent back next year. “We want to show their provenance and how they came here, but also explain their function and how they were used.”

For leaders of some institutions, however, displaying the items at all is actually antithetical to the restitution project. “I can confirm that we have taken down the Benin bronzes we had on display and we are fully committed to repatriation,” Ngaire Blankenberg, the director of the National Museum of African Art, said in a statement in November. “We cannot build for the future without making our best effort at healing the wounds of the past.” 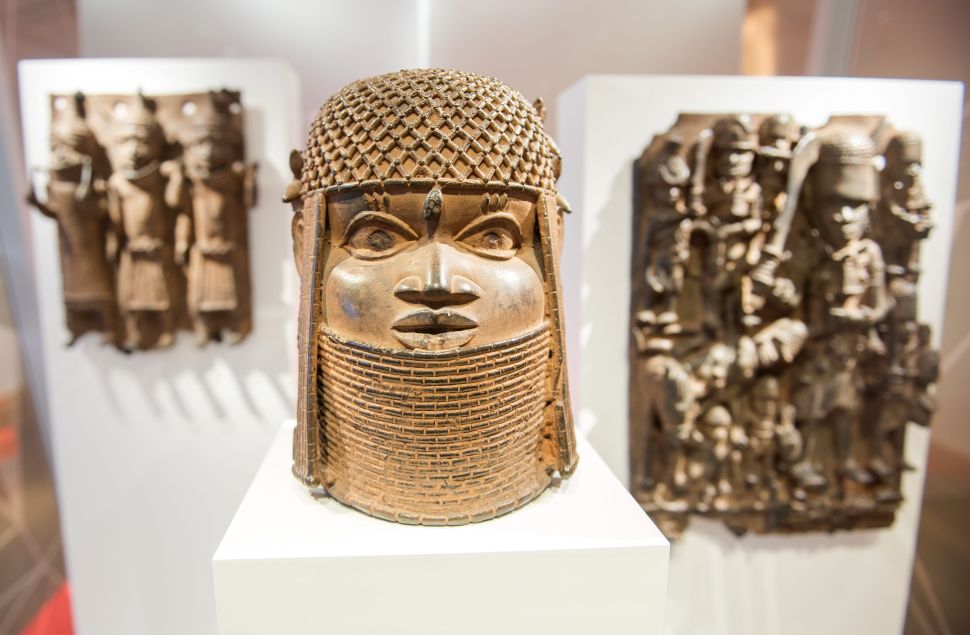