Supermodel Irina Shayk is looking to part with her West Village condo. Shayk has listed her two-bedroom, two-bathroom apartment at 150 Charles Street for sale, with an $8.2 million price tag attached.

The Russian model purchased the 1,987-square-foot New York abode for $6.08 million back in December 2015, shortly after she began dating Bradley Cooper. The duo, who have since broken up but share a daughter who was born in 2017, are still often spotted strolling around the West Village with their four-year-old; Cooper reportedly owns a $13.5 million townhouse in the neighborhood.

But back to Shayk’s newly listed apartment, where it doesn’t seem the model ever actually spent that much time residing. Instead, Shayk has used the unit as a rental property; she first offered it for a hefty $20,000 a month in October 2016, and has subsequently listed it at prices ranging from $19,955 a month up to $23,500 a month.

Now, however, it appears that Shayk is ready to bid a permanent farewell to the sleek condo, as first reported by Realtor.com.

The home features 10-foot floor-to-ceiling windows throughout. The entry gallery leads into an airy great room, where one can access the private south-facing terrace. There’s also a spacious dining area.

The windowed eat-in kitchen is equipped with custom walnut cabinetry, white marble counters and Miele, Wolf and SubZero appliances, in addition to a small breakfast island.

The owner’s suite includes a large catwalk-worthy dressing room and a marble bathroom with a freestanding soaking tub.

It doesn’t appear that Shayk has purchased another home in New York just yet, but it seems likely she’ll stay put in her favored neighborhood. The model has long owned an apartment on Perry Street, which she bought in 2010, and while she listed the abode for sale in 2015, she subsequently took it off the market a year later, and it looks like she’s decided to hold onto it ever since. 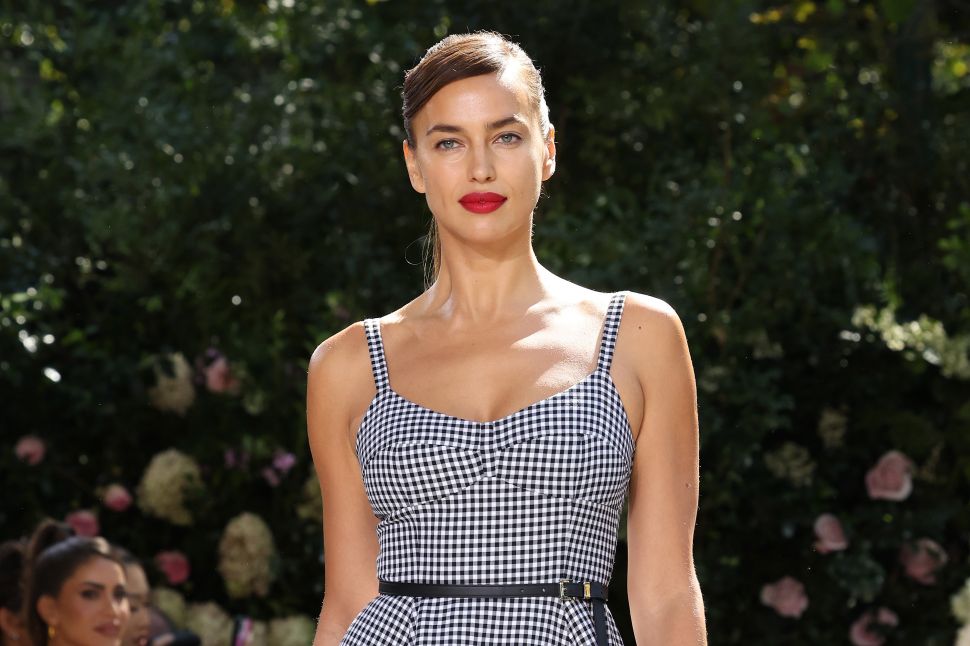