Japanese fashion billionaire Yusaku Maezawa’s SpaceX flight to the Moon is still years away. But Wednesday morning, he will embark on his first space trip to the International Space Station aboard a Russian Soyuz spacecraft.

Maezawa will be flying with his assistant, Yozo Hirano, who will document the 12-day journey, as well as Russian cosmonaut Alexander Misurkin.

“I’m excited. I feel like an elementary school student about to go on an outing,” Maezawa said at a news conference from Baikonur on Tuesday. “I didn’t think I would be able to go to space. I used to like the starry sky and heavenly bodies. I feel fortunate to have this opportunity and to finally fulfill my dream.”

Maezawa, 46, has been training for the spaceflight at a facility outside Moscow for the past three months. Maezawa said he enjoyed zero-gravity parabolic flight but found training in a spinning chair difficult. He also said he had struggled to learn Russian to communicate with his trainers and looked forward to eating sushi upon his return to Earth.

Maezawa is part of Roscosmos’ second civilian mission to the ISS this year. In October, the space agency sent a filming crew to the orbital lab for a 12-day stay to shoot scenes for an upcoming movie.

Maezawa is one of the wealthiest entrepreneurs in Japan. He became a familiar name to Americans in 2019 as the first customer of SpaceX. He has reportedly put down a hefty deposit for a trip around the moon sometime in 2023. The billionaire is currently in the final stage of searching for eight people to join him on the lunar voyage. 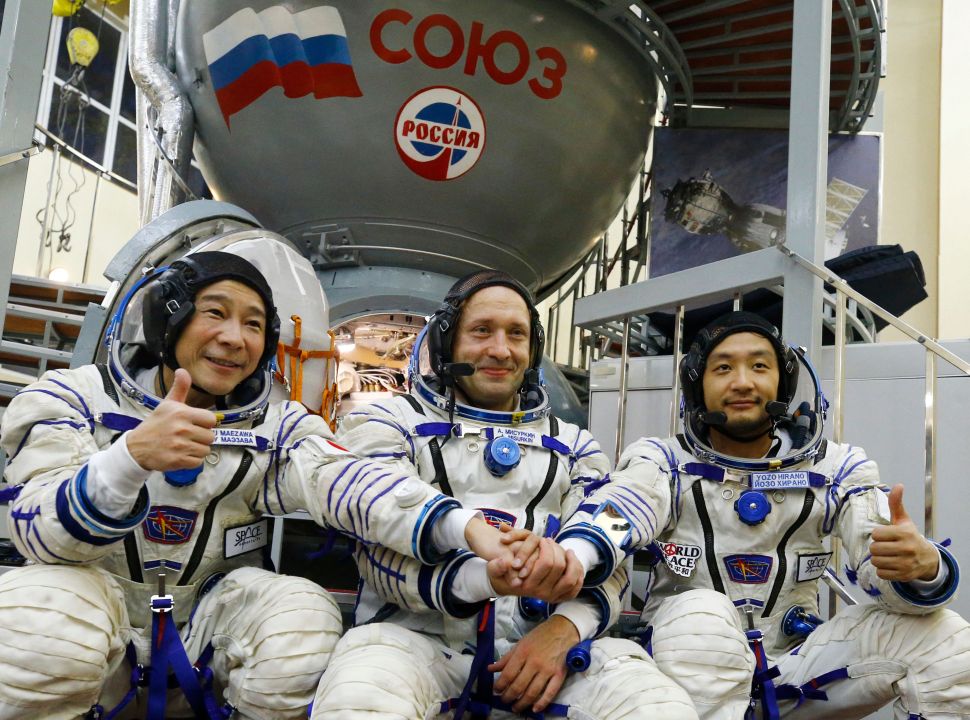