If you’ve ever wanted to own a serious piece of culinary history, perhaps you should consider a Washington, D.C. home that just hit the sales market. The three-bedroom, 3.5-bathroom abode where iconic late chef Julia Child once lived is now up for grabs, if you’ve got $3.5 million to spare.

The legendary gourmand and her husband, Paul Child, purchased the Georgetown home in 1948; Child called the yellow clapboard house her “little jewel.” Child worked on her famous debut cookbook, Mastering the Art of French Cooking, while residing in the D.C. home, and she also reportedly gave cooking lessons to the city’s elite during this time.

The historic home was originally built shortly after the Civil War by Edgar Moore, a Black carpenter who was a major figure in the community at the time. The 3,150-square-foot home has been extensively restored by the current owner, Rory Veevers-Carter, who bought the property in 2015, per the listing shared by Sotheby’s International Realty brokers Jonathan Taylor and Maxwell Rabin. Veevers-Carter’s grandmother was apparently an “avid watcher” of Julia Child’s cooking shows, and he wanted to restore and preserve the home.

The charming property features exposed brick and beams throughout. The entry level is comprised of a foyer with a working fireplace, an office and an airy living room. A floating staircase leads to the main level, where the true masterpiece of the home, the kitchen, is located.

The kitchen has been carefully renovated and updated with the “latest culinary gadgetry” in honor of the famous former resident, including stainless steel Viking appliances, double-stacked ovens, a wooden hearth and a temperature-controlled wine fridge. There’s also a marble-topped center island and roomy dining area, which opens to an outdoor patio. While most of the kitchen has been modernized, the owner did keep a section of the original wall from Child’s ownership.

All three bedrooms are located on the upper level, including the primary suite, which includes a walk-in closet, custom built-in shelving a bathroom with marble floors, a soaking tub and separate shower. The lower level of the home is now outfitted with a custom pink marble hammam. 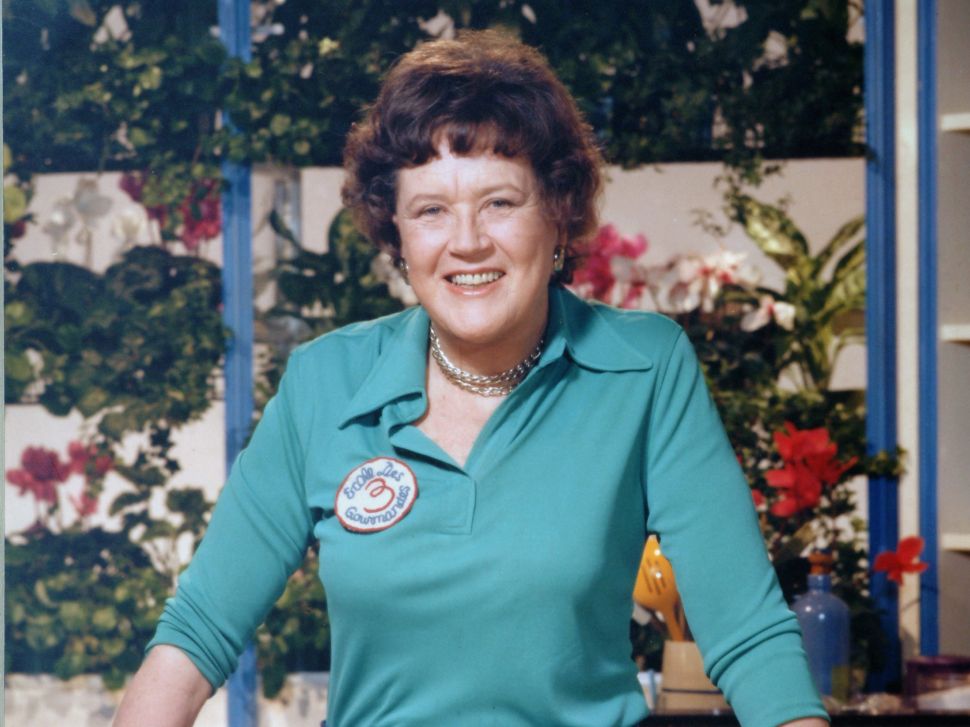