Leonardo DiCaprio sure is keeping busy as the year comes to a close. Aside from promoting his new film, Don’t Look Up, the actor has also been updating his real estate portfolio, as DiCaprio just scooped up a new five-bedroom, six-bathroom home in Beverly Hills.

The Academy Award-winner paid $9.9 million for the 5,000-square-foot abode, as first reported by Dirt.

DiCaprio’s new residence, which was originally built in 1936, has been recently remodeled, per the listing shared by Rodeo Realty brokers Randy Fred and Rana Desar. A formal entry with a spiral staircase leads into the home, which features white oak floors, steelcase doors and high ceilings throughout.

The eat-in kitchen is outfitted with black granite and white Carrara marble chevron floors, with stainless steel appliances, white cabinetry, a marble island with counter seating and a breakfast nook.

The main entertaining space is an airy room with a dining enclave and a metallic gold bar; there’s also a cozy media or family room.

The primary suite is located on the second floor, and features a dramatic cathedral ceiling, lounge area and a balcony. The bathroom is fitted with a freestanding soaking tub and a separate shower.

Aside from two additional bedrooms situated on the second level of the home, there’s also a detached guest house, which sits opposite the pool outside. Elsewhere in the backyard, there are lounging areas and a built-in fire pit.

DiCaprio maintains a rather large collection of homes; aside from his new Beverly Hills estate, he owns a mansion in the celeb-adored Bird Streets neighborhood, a $7.1 million house in Los Feliz and a $13.8 million beachfront getaway in Malibu. He also owns a desert retreat in Palm Springs and multiple apartments in New York City, in addition to a vacant lot of land elsewhere in Malibu, for which he paid $23 million in 2017. 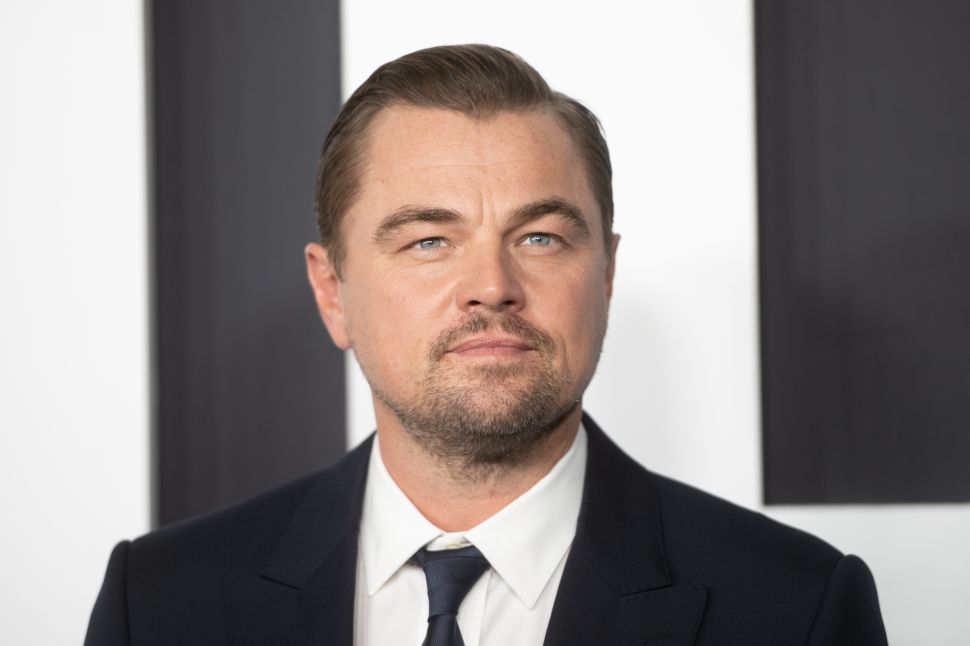