Lucid said on Monday it received a subpoena from the Securities and Exchange Commission requesting “certain documents” related to the SPAC deal that took the company public earlier this year.

Lucid went public on the Nasdaq in July through a reverse merger with the special-purpose acquisition company Churchill Capital Corp. IV. Lucid raised $4.4 billion through the deal, which valued the combined company at $24 billion, despite the fact that Lucid had zero revenue at the time.

In the third quarter, Lucid reported a net loss of $524 million due to the upstart costs of electric vehicle production. The company began assembling its first lineup of EVs in September at its Arizona factory and started delivering to a small group of early customers in October.

Lucid was founded in 2007 as an EV battery company before shifting its focus to cars. It was formally called Atieva Inc. Lucid said last month it had more than 17,000 reservations for its new Air sedan, which represented $1.3 billion in potential revenue. Yet, the SEC may have questions about how solid those pre-order figures are.

“Although there is no assurance as to the scope or outcome of this matter, the investigation appears to concern the business combination between the Company (f/k/a Churchill Capital Corp. IV) and Atieva, Inc. and certain projections and statements. The Company is cooperating fully with the SEC in its review,” Lucid said in an SEC filing on Monday.

The company didn’t respond to an Observer inquiry for further details about the investigation. The SEC wasn’t immediately available for comment, either.

Lucid isn’t the first SPAC-absorbed EV startup to draw regulatory attention. In March, Ohio-based Lordstown Motors, which went public in June 2020 through a $1.6 billion SPAC merger with DiamondPeak Holdings, said it was cooperating with the SEC to provide information regarding its financial forecast. In September, The Wall Street Journal reported a similar SEC probe into electric truck maker Workhorse, which owns 10 percent of Lordstown.

SPAC mergers were once an unusual method for private companies to go public. The structure gained popularity during the pandemic as it provided a fast track for early-stage companies—especially those in hot industries like renewable energy and space exploration—to raise outsized funds without going through the rigorous due diligence of a conventional IPO. 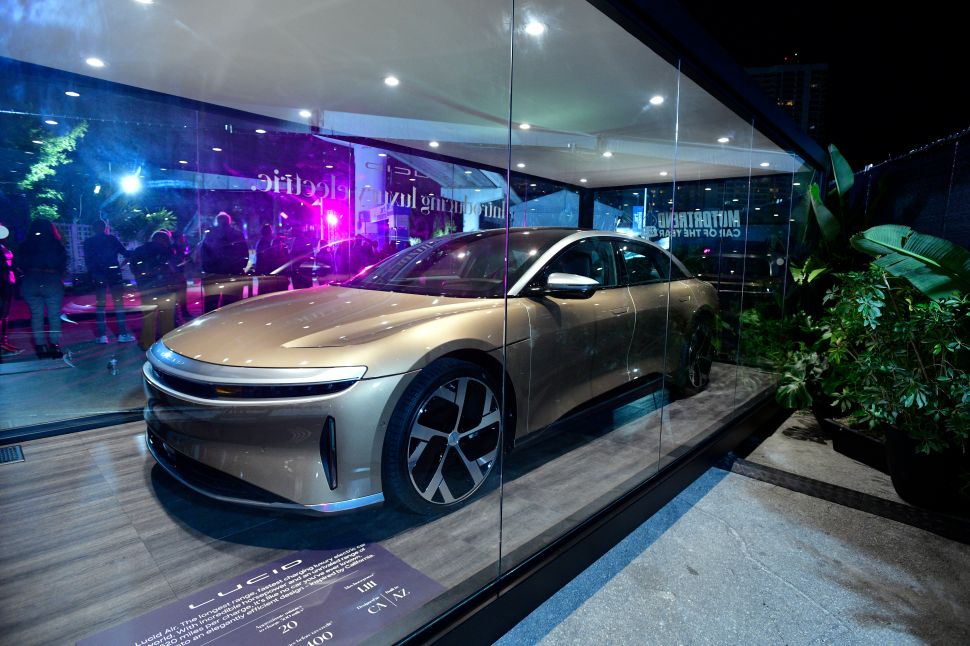