Earlier this week, Queen Elizabeth canceled her annual pre-Christmas lunch as a precautionary measure amid a rise in COVID-19 cases and the spread of the Omicron variant in the U.K., as she didn’t want to risk everyone’s holiday plans. Even though she called off the luncheon, she’s still hoping she can celebrate the festive season with her family at Sandringham.

The Queen has been planning the big holiday gathering for all her close family at the Norfolk estate for over a month; it’s a return to a years-long tradition that was canceled last year due to the coronavirus pandemic. For now, the Queen, who is currently in residence at Windsor Castle, is hoping to go ahead with Sandringham Christmas plans, though she will likely have to scale down the guest list, according to Vanity Fair.

Prince Charles and Camilla Parker-Bowles are confirmed attendees; they’re heading to Sandringham to spend Christmas Eve with the Queen, too. This will be Queen Elizabeth’s first holiday season without Prince Philip, who passed away in April, and her family is determined that she won’t be alone.

Prince William and Kate Middleton will spending Christmas Eve at their own Norfolk home, Anmer Hall, with Prince George, Princess Charlotte and Prince Louis, but will then head over to Sandringham House for Christmas Day with the Queen and other senior royals, including Princess Anne, Prince Edward, Countess Sophie, Prince Andrew, Princess Beatrice, Princess Eugenie and more.

Prince William, Duchess Kate and the other senior royals who are planning on seeing the Queen on Christmas are taking precautions before the celebrations; according to the Mirror, they’ve all agreed to reduce nonessential contacts and cut down on any unnecessary events and gatherings. The Cambridges’ children just started their winter holiday break from school today, so the family may be heading out to Anmer Hall this weekend to get a head start on the festivities.

Even if the royals are all able to celebrate at Sandringham, it’s not yet clear if there will be a return to one of their most-watched traditions; the Christmas Day service at St. Mary Magdalene Church, where there are usually hoards of royal enthusiasts who gather outside, hoping for a glimpse of the family. Prince George and Princess Charlotte made their first appearance at the last service in 2019, so if the royals do head there this year, perhaps Prince Louis will make his big debut. 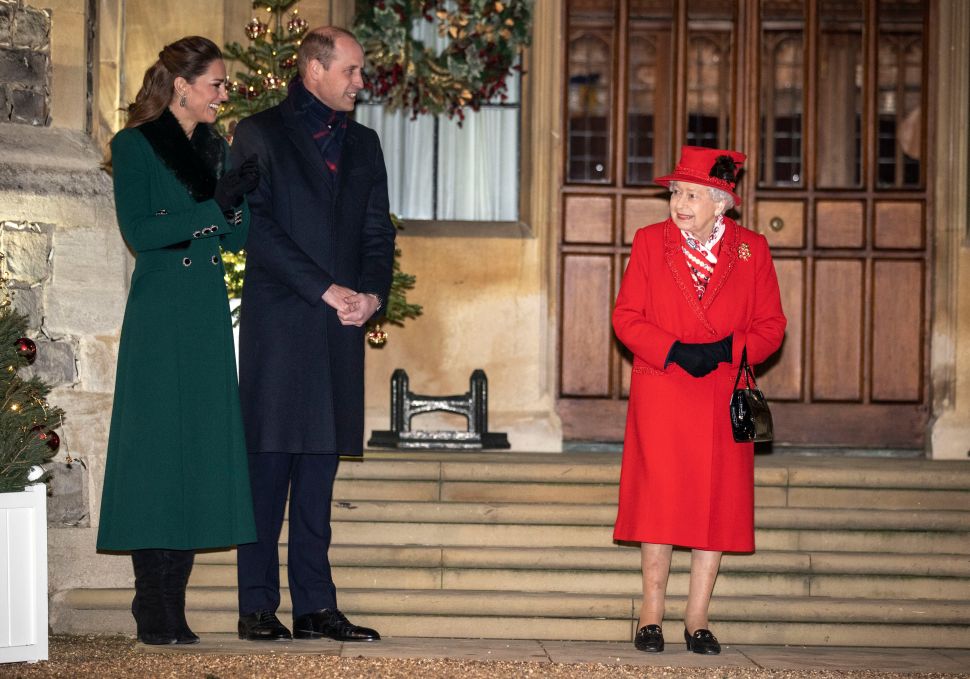