SpaceX headquarters in Hawthorne, Calif. has just become the workplace COVID-19 epicenter in the area. At least 132 employees at the rocket factory have tested positive for the coronavirus, according to data released by the Los Angeles County Department of Public Health on Monday. The data was first reported by The Los Angeles Times.

The county report lists 42 offices, food and retail stores that have three or more confirmed COVID-19 cases, with a total of 496 cases. SpaceX currently accounts for nearly 30 percent of total workplace cases in LA county. The second-largest outbreak is at a FedEx facility near Los Angeles International Airport, which has reported 85 cases, followed by Northrop Grumman’s Palmdale location, with 33 confirmed cases. (A FedEx spokesperson said that case count represents the total number of cases reported during the six-month period from June to November 2021 and “does not accurately reflect the number of current cases, which is very low.”)

On Sunday, LA county reported a total of 3,258 new COVID-19 cases and seven deaths related to the virus. Nationwide, 88,379 new cases were confirmed on Sunday, according to CDC data. The seven-day average case count was 132,659.

SpaceX’s Hawthorne headquarters is where the company’s main design, manufacturing and engineering take place. The facility employs 5,972 people as of May, according to court documents seen by the LA Times.

The outbreak comes amid a new wave of COVID-19 infections across the U.S. fueled by the omicron variant. It’s unclear how many of the newly confirmed SpaceX cases were omicron, since genomic sequencing results are not typically returned to the patients or healthcare providers.

In an email to Hawthorne employees on Monday, SpaceX said the majority of infected employees contracted the virus outside of work.

“Of the 132 reported ‘outbreak’ cases, only one case was suspected to have occurred at work,” SpaceX said in the email, a copy of which was seen by Observer. It also emphasized that the 132 cases were the total number confirmed since September and might include employees who had been on vacation and received COVID-19 tests upon returning to work. “Again, it does not mean 132 employees in Hawthorne have COVID today or contracted it in the workplace.”

The factory was the site of the area’s first wave of COVID-19 infections last year. In March 2020, a SpaceX employee who had traveled abroad as well as an onsite healthcare provider tested positive for the novel coronavirus. At least a dozen employees who were in close contact were sent home to quarantine for two weeks.

CEO Elon Musk famously opposed lockdown orders early in the pandemic and wrongly predicted that it could be over by April 2020.

SpaceX has had an extremely busy month of rocket launches, with four missions in December so far. Early Tuesday morning, the company launched a cargo resupply mission to the International Space Station from NASA’s Kennedy Space Center in Florida and completed its 100th landing.

Update: This article has been updated with the FedEx spokesperson statement. 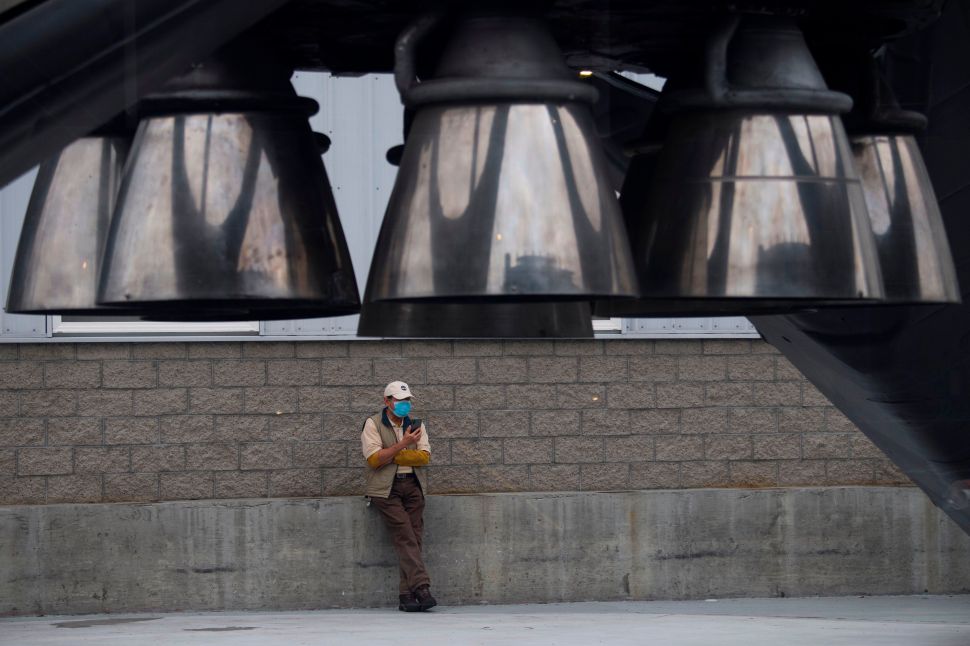