More than merely a movie featuring a popular superhero, Spider-Man: No Way Home is an exultation of its title character and everything that has made him a pop culture force over the last six decades.

Outsized emotions tempered by loss and burgeoning manhood, awkwardness housed within athletic grace, swooping action— all of it is given a grand showcase in a film destined to be enthusiastically embraced by both old-school web slinger junkies and fans of the multi-film corporate franchise in which he is currently ensnared.

This marriage of new and old school Spidey is evident from the opening moments.

They take place just a few seconds after the big reveal that capped off 2019’s Spider-Man: Far From Home, with Spider-Man being hounded by most of the planet as J. Jonah Jamison (the ubiquitous J.K. Simmons), now an Alex Jones style fake news jockey, blasts the airwaves with the news of his real identity. The sequence is thrillingly propelled by the Talking Heads’ 1979 African music-influenced, Dadaesque dance club banger “I Zimbra.” (Back then, we were content to get our Spider-Man fix through daily newspaper comic strips and cameos in PBS’s Electric Company.)

The story that the film tells dates back even further. It’s essentially a variation on Goethe’s “The Sorcerer’s Apprentice,” a tale introduced to most of us through the exploits of Mickey Mouse in a segment of 1940’s Fantasia.

Devastated by the impact that the revelation of his identity has had on his girlfriend MJ and best friend Ned (a returning Zendaya and Jacob Batalon, respectively) and, specifically, their chances to get into their first choice college, Peter Parker enlists Dr. Strange (a very put upon Benedict Cumberbatch) to cast a spell to make the world forget who he is. When Peter attempts to fine tune the spell in mid-stream, things go haywire. The pair instead attract everyone who knows who he is across the multiverse, namely a host of supervillains many of us first encountered in previous iterations of the Spider-Man franchise.

Most of the above can be gleaned from the trailer. To say any more than that would be to ruin the fun of the film’s myriad reveals and surprises— though most of it is already out there. One reveal occurs about six minutes into the movie and had such a momentous impact on a row mate of mine at a 10:30 a.m. Friday showing in Los Angeles that he was moved to exclaim out loud that he had orgasmed. So that you can have what he’s having, this assessment will remain spoiler-free.

Jon Watts, who oversaw the two previous Spider-Man installments, directs this one well. But based on what is on display here, you would guess the duties were taken over by SNL’s Stefon. It has everything: psychedelic visuals in keeping with 2016’s Doctor Strange, a coterie of supervillains each with his own back story and a potential redemption arc, and an expanded role for Peter’s Aunt May (Marisa Tomei), who is even more crucial to the story than in the previous two films.

That the film retains the comic buoyancy we have all come to associate with Spider-Man— despite the sheer tonnage of all that it is attempting to accomplish— is an impressive act of alchemy on the part of Watts and screenwriters Chris McKenna and Erik Sommer, who penned the previous Spider-Man film and first met as staff writers on American Dad. The pace is always zippy but rarely hyper, and there is just enough space for the film’s many emotional beats to resonate.

Much credit is due to the young cast members who have matured into their roles. Tom Holland has even more challenging emotional terrain to traverse than he did in Avengers: Endgame, and he seems as relaxed in those moments as he is with the comedy. It is also satisfying to see Jacob Batalon’s Ned evolve into so much more than comic relief; he is a fully drawn character who can retain his love for his friend Peter even while recognizing the damage his association with him has caused in his life.

As successful as much of this is, you can’t help but feel that you have seen much of this collapsing Spider-Man universe thing play out even better, with a higher degree of imagination and less corporate intrusion. That is of course because you have: Spider-Man: Into the Spider-Verse, the 2018 film’s Oscar-winning animation explored the idea with a thematic richness that this film comes close to matching but doesn’t top.

Where that movie felt like a singular vision unbeholden to the limitations of being part of a stockholder fretted-over franchise, this one feels a little bit like a tug of war in an ongoing custody battle between Sony, which holds the rights to Spider-Man and his associated characters, and Disney, which has control over the rest of the ballyhooed Marvel Cinematic Universe. Score this Spider-Man convocation for Sony.

And it is generally a win for Spider-Man true believers too. Not only does the movie capture the many aspects that has made the character appealing for so long, but it also finally corrects the most glaring misstep in the MCU version of the character: that for all his singularity, he was essentially just a glorified intern for Stark Industries.

Wherever Spider-Man goes from here (Sony is currently promising a second Tom Holland fronted trilogy) he will finally get to travel that road on his own. But thanks to a film that will appeal and even invigorate many generations of his fans, he will not have to walk alone. 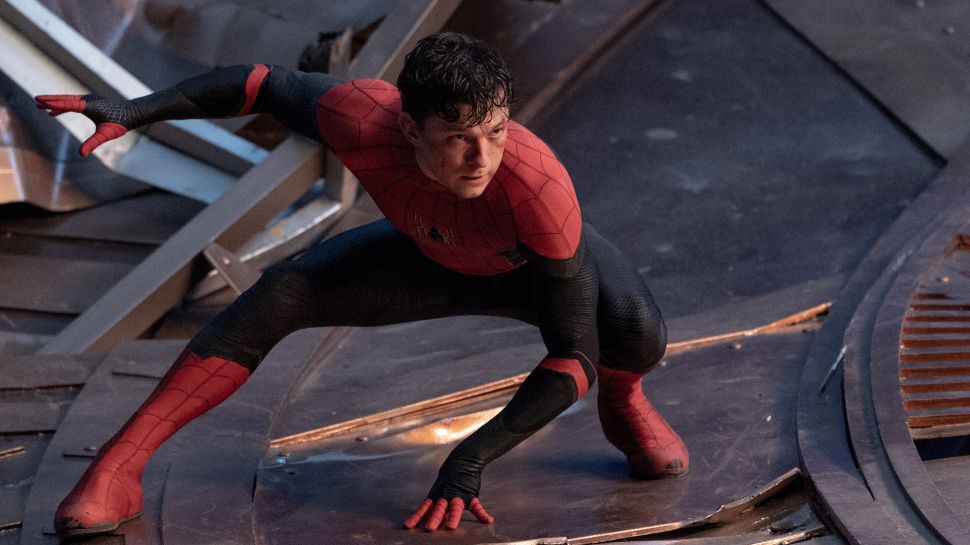