We need a lot of things at the movies we are not getting. What we do not need (or so I thought) is another West Side Story. For one thing, it is everywhere already. Even the local high school in the Connecticut town where I live just presented a perfectly decent production of the great but overworked musical by Leonard Bernstein and Stephen Sondheim. So why are we knocking ourselves out standing in line to see yet another one? And what is Steven Spielberg doing directing it? We need him elsewhere. The lavishly-praised 1961 movie version, co-directed by Robert Wise and legendary choreographer Jerome Robbins and winner of ten Academy Awards, is still wearing itself out on television and getting rereleased on the big screen simultaneously to compete with the Spielberg version, which may pose a box-office threat to the renowned director, who is putting all of his eggs in one big basket in time to cash in on the holiday traffic.  Am I wrong?

Well, like George Washington with an axe in his hand, I cannot tell a lie. Mr. Spielberg did not waste his time—or ours. The new West Side Story is simply fabulous. Opening with an aerial shot of a housing development being leveled where Lincoln Center now stands, the movie is a testament to the need for social change, urban improvement and cultural diversity personified by two rival gangs—the white Jets and the Puerto Rican Sharks. The film script, a rare one by Broadway’s Tony Kushner, is careful not to choose sides. Fighting to control their turf comes naturally to urban dwellers who are losing their identities in a city that looks as if it is in the midst of a garbage strike. They walk to a beat; they sing with ferocity; they even rumble with rage in rhythm. Their only hope for survival is to join hands and hearts to realize they’re all in it together.

Using Shakespeare’s tragic Romeo and Juliet as a backdrop for urban decay and spiritual renewal, the majestic Bernstein music and the intelligent Sondheim lyrics have a passion that is powerful and timeless. The entire cast is perfection in motion, everyone scaling the heights without imitation or familiarity. The musical numbers sizzle and explode like they’re being offered for the first time. “America” is movie magic—you cannot take your eyes off the screen. The imaginative contemporary choreographer Justin Peck honors Jerome Robbins’ original dance moves with fresh, fiery energy, making the production numbers his very own.

The rousing “Dance at the Gym” where the Jets and Sharks challenge each other with frenzy and violence while the Jets’ Marlon Brando-styled Tony and lovely Maria (Rachel Zegler) fall in love, breaking all the neighborhood taboos and opening the door to trouble as Maria’s brother Bernardo (David Alvarez) declares war on her lover (Ansel Elgort, as handsome as a film star and with a singing voice soft, stunning and forceful—a real find, on his way to major stardom). Later, when Maria’s new friends compare their lives in New York with the world they left behind in San Juan, Ariana DeBose ignites the stage with defiant, palpitating energy as Bernardo’s girlfriend Anita (the role originated on Broadway in 1957 by Chita Rivera). In the classic 1961 film, Anita stopped the show again when played by Rita Moreno, who won an Oscar for her dynamics. I’m not sure I approve of the way Mr. Spielberg pays tribute to her this time, as the newly created owner of Doc’s drug store, where the teen gangs used to hang out while choosing the weapons for their street brawls. Ms. Moreno now appears as Doc’s widow Valentina, running the shop, dispensing advice and chewing gum, and providing the wisdom that shows the gangs the way to redemption. There’s no reason for this intrusion on Arthur Laurents’ original book, even less justification in giving her the show’s final ballad, but Ms. Moreno is always so good I refuse to quarrel. The person I miss most is the late Natalie Wood; she was miscast as Maria — but enchanting.

Under Mr. Spielberg’ impeccable direction, the actors are never allowed to copy or resurrect previous inhabitants of the roles. And he isn’t afraid to expand his camera’s view in the ensemble numbers by cutting away from the feet to show flailing arms and open lips, the way Bob Fosse did so annoyingly in Sweet Charity. The few liberties Tony Kushner takes only enhance the narrative and clarify the actors’ identities and motivations. “Anybody”, the token Jets girl, tomboy and mascot, is now transsexual, and Tony is now reluctant to join his old gang because he’s just spent a year in prison and wants to improve his life and never go back. The dramatic scenes are now as impactful as the musical segments. Even Rita Moreno in the newly invented role of the combined storekeeper and Greek chorus, which began as a gimmick, takes on vibrant new proportions.

This is a West Side Story for both the past and present, as pleasing as the best movie musicals used to be, and as relevant as today’s headlines. It makes you feel like you are actually on the turbulent streets of New York’s west side, not a sound stage.

While I join the applause, I sincerely believe the original creators of this masterpiece are somewhere, leading the cheers. 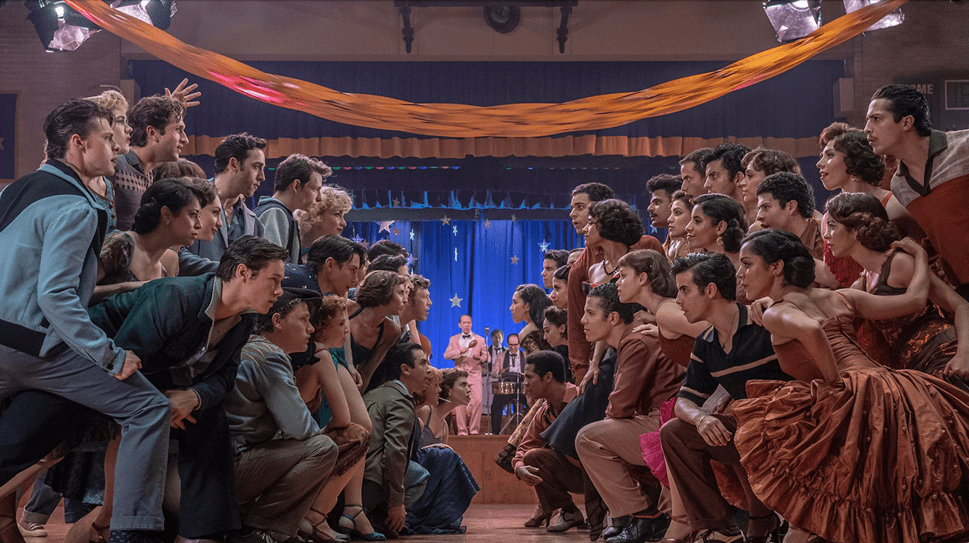