The HBO Max miniseries Station Eleven is, in the words of showrunner Patrick Somerville, an “aggressive adaptation” of Emily St. John Mandel’s acclaimed novel of the same name. The miniseries has deviated from its source material from the start—the novel is told from multiple viewpoints; the show prioritizes protagonist Kirsten Raymonde—but episodes 6 and 7 particularly highlight the ways in which Somerville and company have restructured the narrative.

Episode 6, “Survival is Insufficient,” picks up with Kirsten (Mackenzie Davis) in Year 20 of the post-pandemic world as she hunts for the Prophet David (Daniel Zovatto). Kirsten is certain that David is a cult leader who plans to indoctrinate her surrogate sister Alex and kill the rest of her theater troupe, the Travelling Symphony. So she resolves to kill him first. When she finds David, he convinces her that the Symphony has been captured by the Museum of Civilization, who also have something he wants. (Unbeknownst to her, the Museum is pretty much benign.) Kirsten reluctantly agrees to ally herself with Daniel in order to free her family. This storyline is original to the series, and gives the audience a lot more time to get to know the Prophet.

The screen adaptation makes the Prophet into a more human but no less terrifying figure. In both versions, the Prophet is a grown-up Tyler Leander, who survives the pandemic with the rest of the Severn City Airport, but in the novel he’s as obsessed with the Bible as he is with the Station Eleven comic book. He becomes a more traditional fire-and-brimstone preacher who takes over a small town and collects young girls as his “wives,” gathering power and spreading his influence across the country by force. He’s a figure so devilish that no rational person could follow him, except out of fear. Kirsten only comes face to face with the Prophet once, at the climax of the novel.

The Prophet David we know from the series is more Pied Piper than preacher, building a following of children who he convinces are better off without the influence of people who remember the world before the pandemic. He may be onto something, but he’s also taking advantage of their ignorance, spinning his own sci-fi-infused gospel based on the Station Eleven graphic novel and preaching it as a prophecy to be taken literally. His influence turns deadly when he (or an underling acting under his orders) turns two children into unwitting suicide bombers. The series puts Kirsten in a position where she (and the audience) must stick close to David and take a closer look into his psyche. Actor Daniel Zovatto brings a quiet charisma to the role, with an occasional sweetness that effortlessly explains how Daniel has lured so many into his flock.

The Prophet isn’t the only character the series goes deeper on. Episode 7, “Goodbye My Damaged Home,” spotlights the relationship between Kirsten and Jeevan, which has been at the heart of HBO’s Station Eleven from the beginning. In the novel, Jeevan is our point of view character at the moment of the outbreak and its immediate aftermath, holed up in his brother Frank’s apartment. We see only a brief glimpse of his post-pandemic life, and his role is greatly reduced after the first hundred or so pages. The series keeps Jeevan and Kristen together throughout the pandemic, making Jeevan and Frank into Kirsten’s first surrogate family.

Kirsten is haunted throughout the series by flashbacks to her cozy isolation with Jeevan and Frank and her (yet unseen) separation from Jeevan during their first year in the wasteland. “Goodbye My Damaged Home” sees Kirsten, poisoned and delirious, revisiting her final days in Frank’s apartment and interacting with her younger self (Matilda Lawler), seeking a way to prevent their tragic end. Even so, the episode really belongs to Frank (Nabhaan Rizwan, Mogul Mogli), whose story is mostly unchanged from the novel but is all the more sympathetic through the eyes of a child who looks up to him. This is likely Frank’s only focal episode, but the impact of his time with Kirsten reverberates both forward and backward throughout the series. 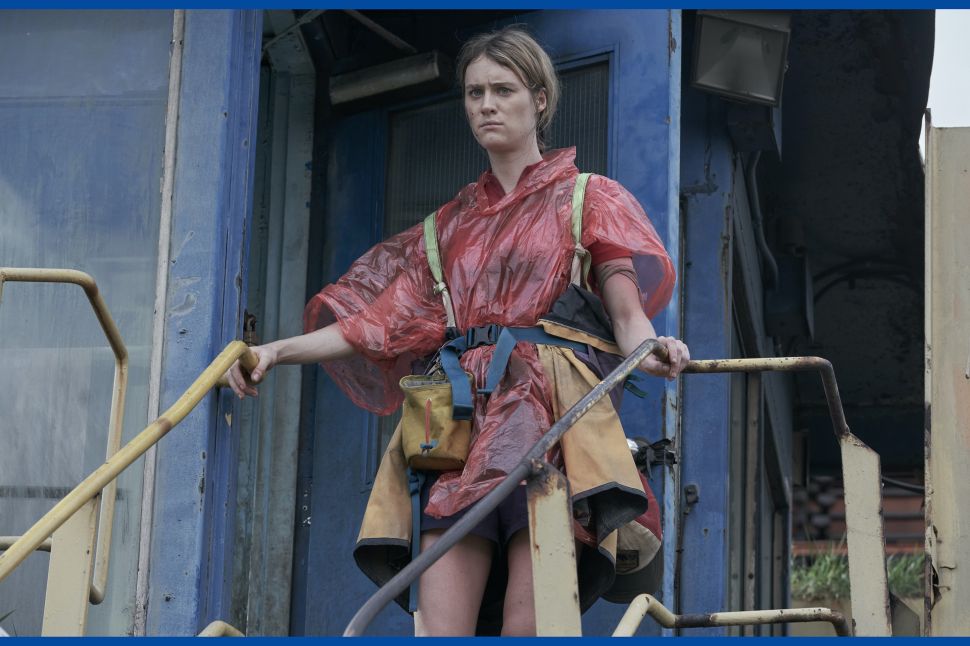