About two months after cameras started rolling on Station Eleven, the new HBO Max miniseries involving a deadly pandemic, the real-life outbreak of COVID-19 brought production to a halt. By the time shooting resumed in February 2021, the disease had killed millions. COVID-19 still has a worldwide death toll of about 6,000 people a day. There’s no one alive to whom the word “pandemic” means the same thing now as it did two years ago. One can hardly be blamed for responding to news of a ten-hour miniseries featuring an even more terrifying virus with a firm “No thanks.” But if this is all that’s keeping you from watching, allow me to assuage your anxiety. Like the 2014 novel on which it’s based, Station Eleven is not about a pandemic, not really—it’s about the way art, community, and family endure even after the end of civilization as we know it.

Station Eleven bounces between temporalities, weaving stories set during, years before, and decades after a flu outbreak that kills over 99% of humanity. “Wheel of Fire,” the first of three episodes released today, is the only one so far to take place entirely at the flashpoint of the pandemic, and it follows erstwhile entertainment journalist Jeevan Chaudhary (Himesh Patel, Don’t Look Up) as he attempts to stay ahead of the disease and get himself and child actor Kirsten Raymonde (Matilda Lawler, Flora & Ulysses) to shelter. The episode is painted with a familiar sense of creeping dread as Jeevan recoils from strangers, stocks up on groceries, and receives ever worsening news from his hospital worker sister Siya (Tiya Sircar, Guilty Party). Director Hiro Murai (Atlanta, Barry) ratchets up tension throughout, but the events rarely feel crass or sensationalized. While there are a few bold visual moments depicting the scale and gravity of the outbreak, much of the terror is conveyed simply via music and sound design.

The second chapter, “A Hawk from a Handsaw,” leaves this panic behind and jumps ahead 20 years, where a grown-up Kirsten (Mackenzie Davis, Terminator: Dark Fate) is the star of the Traveling Symphony, a post-apocalyptic touring Shakespeare company. Electricity is a dim memory, but music and theater live on, bringing joy and excitement to the small settlements of flu survivors and the first generation born after the collapse. To young people like Kirsten’s friend Alex (Philippine Velge), technology like cell phones or airplanes might as well be magic, a fanciful luxury that they’ll never have but will also never miss. The Traveling Symphony is a supportive, tight-knit, and (unsurprisingly) incestuous found family that has given Kirsten surrogates parent in conductor Sara (Lori Petty, Orange is the New Black) and director Dieter (Joe Pingue, Orphan Black), lovers and friends like Charlie (Clark Backo, Letterkenny) and Sayid (Andy McQueen, The Coroner). Life has gone on, different but still beautiful.

Of course, the absence of the technology that we take for granted also makes life more perilous. Long-term injury and loss of limb are commonplace, and it’s incredibly easy to lose track of people. Touring the country means encountering strangers and having to decide quickly whether or not they can be trusted. Kirsten’s trauma as a child of the collapse has given her a more distrustful nature than some of her comrades, and her wrist is marked with tattoos representing the number of people she’s killed. The arrival of a suspicious traveler (Daniel Zovatto, Penny Dreadful: City of Angels) and flashbacks to the early days of the pandemic add an undercurrent of danger and suspense to the otherwise warm atmosphere of the Traveling Symphony’s camp, though Station Eleven’s leap past the initial dog-eat-dog aftermath of the pandemic means skipping over most of the grimdark cynicism that haunts other post-apocalyptic works like The Walking Dead.

But it’s not until the third of this week’s episodes, “Hurricane,” that the Station Eleven series truly captures the haunting humanism of Emily St. John Mandel’s novel. This chapter centers on Miranda Carroll (Danielle Deadwyler, The Harder They Fall), author of a graphic novel called Station Eleven that Kirsten will carry with her throughout her life. “Hurricane” flashes between Miranda’s experience during the present day of the flu outbreak and backwards through key moments from her fifteen-year relationship with movie star Arthur Leander (Gael García Bernal, Old). Deadwyler is magnificent, giving the quiet, eccentric Miranda a great deal of specificity — her performance is peculiar, but not affected. While tied in with the themes and events of the series, “Hurricane” could easily stand on its own as a compelling character study. Produced before the series shut down for COVID-19, “Hurricane” still resonates with the way the real-life pandemic has forced so many of us to reevaluate what’s truly important in our lives and to treasure those close to us while we still have them.

This, not the terror of a world in rapid decay, is what Station Eleven is really about — the value and beauty of what we still have, here and now. 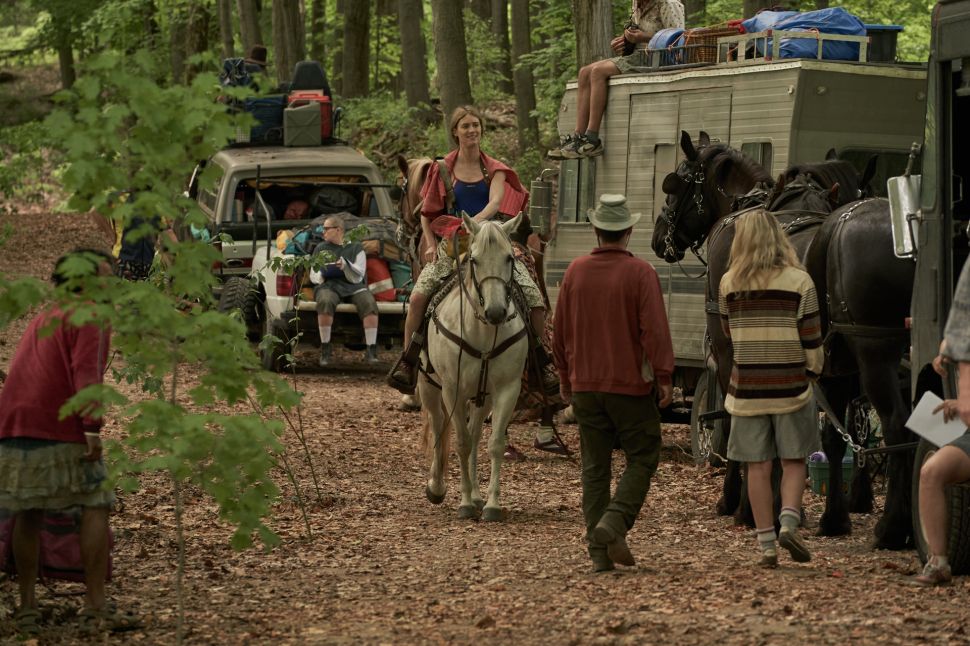