Despite all the hype in the past two years, there’s still no production in sight for Tesla’s electric pickup, Cybertruck. But, if any consolation, for $50 Tesla fans can now buy an Elon Musk-approved steel whistle that looks like a mini Cybertruck directly from Tesla.

The Tesla CEO announced the sale of “Cyberwhistle” on Twitter Tuesday evening. According to Tesla’s website, Cyberwhistle is a “limited-edition collectible” made with premium, medical-grade stainless steel with a polished finish.

Musk launched the product apparently as a joke about Tesla whistleblowers and Apple’s $19 polishing cloth, introduced shortly after Apple’s “Unleashed” product event in October. “Don’t waste your money on that silly Apple Cloth,” Musk tweeted Tuesday. “Buy our whistle instead!”

To no one’s surprise, Cyberwhistle was sold out within minutes of its launch. Although the order page has an “Email me when this item is restocked” option, it’s unclear when and whether Tesla plans to actually restock.

Some of those lucky enough to get hold of the whistle on Tuesday are already fetching huge markups on the resale market. On eBay, a Cyberwhistle auction ending in 11 hours is currently bidding at $162.50. A buy-it-now listing is asking for an outrageous $5,000.

Don’t waste your money on that silly Apple Cloth, buy our whistle instead!

The good news is that Tesla is likely to release more “Cyber” products. Tesla news site Teslarati reported in September that Tesla had filed a trademark application with the U.S. Patent and Trademark Office for the name “Cyberquad” for two classes of products: clothing and games, and toys and sporting goods.

Meanwhile, interest in Cybertruck itself is surging. Tesla hasn’t released the latest reservation figures for Cybertruck. A crowdsourced tally tracked by the EV news site electrek estimates that Tesla has over 1,270,000 reservations for the electric pickup. One reason behind the overwhelming interest could be its relatively modest deposit requirement, a refundable $100 compared with $1,000 for Model 3 and Model Y.

Tesla plans to manufacture Cybertruck at its new Giga Texas factory in 2022. Musk is expected to give an update on production timeline at Tesla’s next earnings call in January. 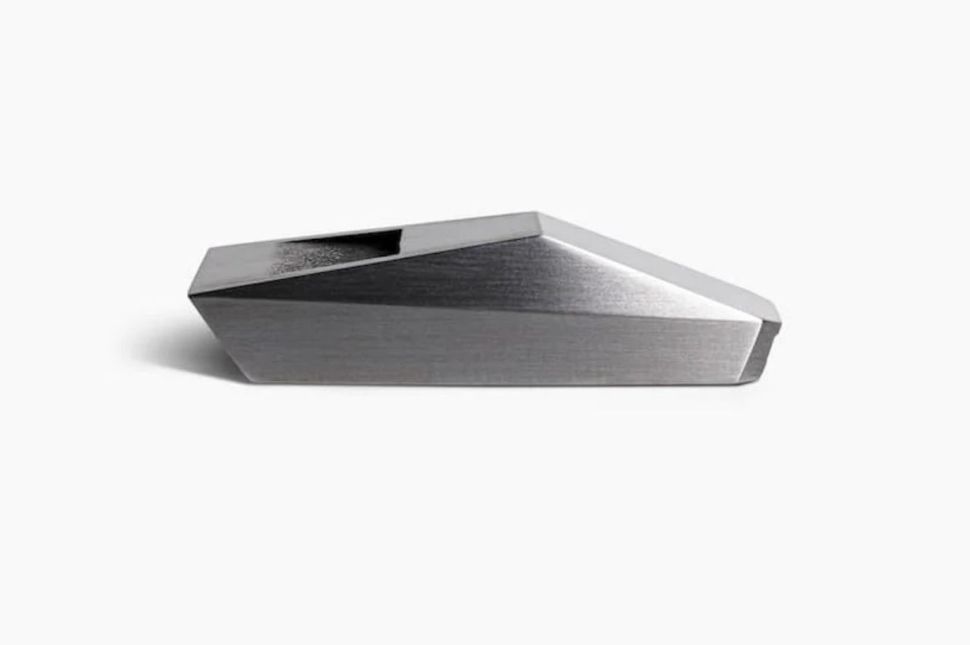