A Tesla owner’s complaint about his electric vehicle’s video game feature has triggered a safety investigation by the National Highway Traffic Safety Administration (NHTSA). In a document published on Wednesday, first reported by the Associated Press, the U.S. auto safety regulator confirmed a probe into roughly 580,000 Tesla vehicles over its “Passenger Play” feature.

“Passenger Play,” introduced in December 2020, allows drivers to play video games on Tesla’s front touchscreen while a car is in motion. Until then, game playing was only possible when a vehicle was in park. NHTSA said the investigation is opened “to evaluate the driver distraction potential of Tesla ‘Passenger Play’ while the vehicle is being driven.”

A formal NHTSA investigation will involve requests for documents from Tesla and could lead to a vehicle recall. Tesla hasn’t responded to a press inquiry by Observer.

“To date, the agency has received one owner complaint describing the gameplay functionality,” NHTSA said. The complaint came from Vince Patton, a retired broadcast journalist who lives near Portland, Oregon.

Patton learned about the latest “Passenger Play” feature in August when watching a YouTube video of a Tesla owner saying he could now play a video game on his touchscreen while driving. Patton then drove his 2021 Tesla Model 3 to an empty community college parking lot to try out the functionality for himself. He was able to activate two games, “Sky Force Reloaded” and “Solitaire,” and even browse the internet while his car was moving.

“NHTSA needs to prohibit all live video in the front seat and all live interactive web browsing while the car is in motion,” Patton wrote in his complaint to the NHTSA. “Creating a dangerous distraction for the driver is recklessly negligent.”

“We are aware of driver concerns and are discussing the feature with the manufacturer,” a NHTSA spokeswoman said in a statement to AP on December 9. “The Vehicle Safety Act prohibits manufacturers from selling vehicles with design defects posing unreasonable risks to safety.”

Tesla shares didn’t seem to be affected by the news. Stock is actually trading higher on Wednesday after CEO Elon Musk said he has sold enough stock to meet his goal of unloading 10 percent of his Tesla ownership.

NHTSA has already been looking into Tesla’s partially automated driving system, “Autopilot,” over a series of accidents involving Tesla cars crashing into stopped emergency vehicles. The agency is also investigating Tesla’s new “Full Self-Driving” software after receiving a complaint about a near-crash incident.

Tesla has said neither “Autopilot” nor “Full Self-Driving” system can drive vehicles and that drivers must be ready to intervene at all times. 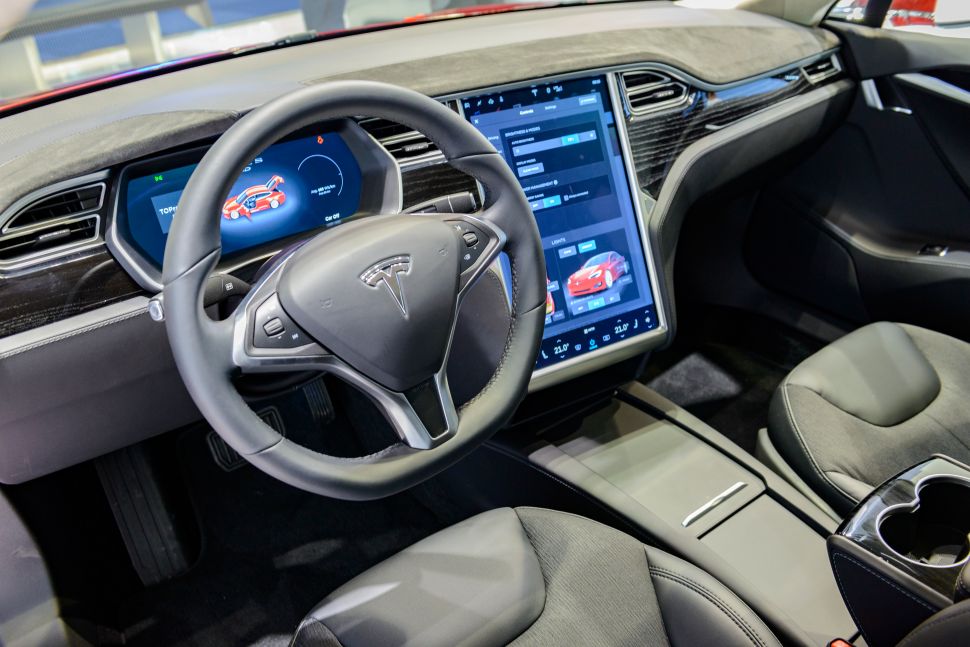